The majority of the nation’s nearly 5,550 indoor theaters remain closed.  And the spike of recent COVID-19 cases in many states has further postponed what was already determined a slow recovery.

The best news for big-screen movie lovers is the suddenly brisk business of drive-ins.  Why not the CV?  Seems a perfect fit.

Some of the open spaces around Desert Hot Springs would be a great location for a pop-up drive in.  It’s already tourist destination (for spa and weed aficionados (“soak and smoke”) how cool would it be to add an outdoor venue for events and movies.

THE OUTSIDER: THE COMPLETE FIRST SEASON 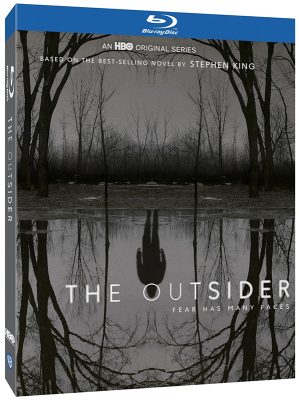 The ten hour adaptation of Stephen King’s novel about the investigation of the gruesome murder of a boy in the Georgia woods and the mysterious, possibly supernatural force surrounding the case is intermittently gripping and intense if not fully satisfying.

In addition to al 10 exhilarating episodes from season one, the set features over 40 minutes of behind the scenes bonus content including the all-new featurette “EL CUCO.  The BABA YAGA.  THE OUTSIDER.” A nice extra is a never-before-seen look into the real-world origin and supernatural abilities of the being at the center of the series with compelling insights from the creators and the cast.

Based on Stephen King’s bestselling novel of the same name, THE OUTSIDER is a new drama series that follows a seemingly straightforward investigation into the gruesome murder of a local boy.  When 11-yar-old Frankie Peterson’s body is found mutilated in the Georgia woods, police detective Ralph Anderson (Ben Mendelsohn) sets out to investigate – with eye-witnesses and physical evidence pointing to Terry Maitland (Jason Bateman), a popular high school teacher, Little League coach, doting husband and father.  While the case appears ironclad, Ralph is baffled by the emergence of contradictory evidence that places his suspect in a neighboring city at the same time of the murder.  The mysterious set of circumstances surrounding this horrifying crime leads Ralph, a seasoned cop still grieving the recent death of his own son, to bring in unorthodox private investigator Holly Gibney (Cynthia Erivo), whose uncanny abilities he hopes will explain the inexplicable.

Dive into HBO’s most-watched new series in the last three years.  It has mesmerized audiences through its incredibly thrilling plot twists, talented actors, and true to life themes of grief and trauma.  You will be glued to the screen until the electrifying climax.   Seven mini features round out the interesting extras.  Warner Bros.  Blu-ray. 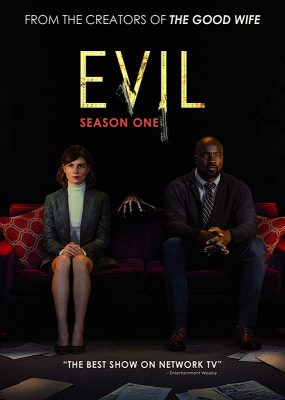 This absorbing and unsettling psychological mystery series examines the origins of evil along with the ever-shifting dividing line between science and religion.  That’s the mysterious – and dangerous –line explored by skeptical psychologist Kristen Bouchard (Katja Herbers) when she teams up with priest-in-training David Acosta (Mike Colter), and contractor Ben Shakir to explore the evil humanity is capable of.  Together, they dive into the Catholic Church’s files of occult phenomena to bring them to rational conclusions…or at least.  Angel sightings, demonic possessions, prophecies and conspiracies will test their faith and push them to their limits as they learn that the world’s darkness may run deeper than they ever thought possible.  Season One contains all 13 episodes.  Over 40 minutes of exclusive special features.  Paramount.  Full frame DVD. 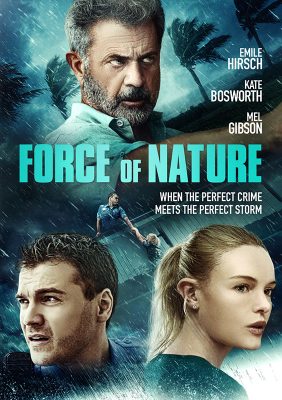 Mel Gibson stars in this edge-of-your-sear action thriller that explodes during a violent Category 5 hurricane.  As disgraced cop Cardillo (Emile Hirsch) races to evacuate an apartment building, he comes across Dr. Troy (Kate Bosworth) and her retired) detective father, Ray (Gibson).  When a murderous gang of thieves arrives to rob a wealthy tenant, they must join forces to fight the criminals and escape with their lives before the entire city is deep underwater!  This action-packed heist thriller is a derivative diversion that almost satisfies.  Bosworth is not afraid of getting down and dirty when the scene calls for it.  Gibson is hardly recognizable.  Lionsgate.