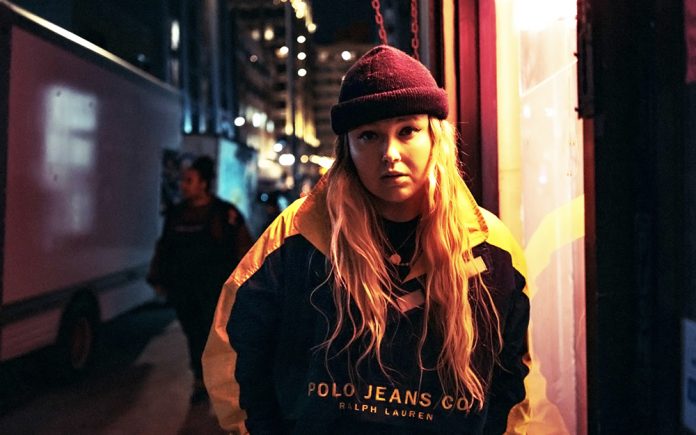 Gadi’s Bar and Grill in Yucca Valley, California has become THE stop for significant desert and touring rock artists en route to Los Angeles or Phoenix. This Saturday the High Desert is in for some heavy Hip-Hop and soulful satisfaction. BLIMES, R&B pop L.A. artist VIAA and uber-adored and talented Joshua Tree locals DESERT RHYTHM PROJECT will be performing LIVE! Tickets are available at eventbrite.com or at Gadi’s the night of the event. General admission is $25 and VIP is $50 which includes a ‘meet and greet’ and signed flyer. The show is 21+ and music starts at 7:30  p.m. with DRP! Gadi’s is located at 56193 Twentynine Palms Highway in Yucca Valley.

Originally From San Francisco and now residing in the heart of L.A.’s, McArthur Park, BLIMES will be bringing her fresh Hip-Hop to Gadi’s Showroom on Valentine’s Day weekend for an epic evening of fresh beats, impeccable flow, and witnessing the epic BLIMES in one of the most magical places, the California High Desert.

From the heart of San Francisco, Blimes Brixton is an MC and vocalist armed with an unmatched passion for artistry. Her musical background extends two generations to a Blues musician father and Jazz musician grandfather which could justify her keen attention to musicality. Her distinctive voice is globally appreciated; early on in her career, the lyricist joined the likes of Too Short, Adam Vida and France’s Scratch Bandits Crew on various releases and co-headlined a 25-city European tour with L.A. rapper Gavlyn. Most recently, BLIMES’ undeniable talent and unique history as a battle rapper sparked collaborative efforts from Hip-Hop icon Method Man on their release of Hot Damn. BLIMES’ latest videos have gained viral attention. Come Correct the collaboration with Seattle’s Gifted Gab has gained 10 million views across platforms and counting. In 2016, BLIMES established her own imprint label, Peach House Records, which is focused on highlighting talented women in the industry. BLIMES is now one of the hottest forces in Hip-Hop and continues to release heavily played solo works and collaborations.

Coachella Valley Weekly spoke with BLIMES in the midst of one of her typical bustling days.

CVW: This isn’t your first time coming out to the High Desert. What’s your fascination with the area?

BLIMES: “I’m super-excited! I love the desert! Any time I’m out there, it’s always good vibes. I come out there to get away from the city, to unwind a little bit and get in touch with nature. I go hiking and I see the sights. I was out there over New Year’s Eve kinda doing a ‘reset’ and it felt really good.”

CVW: What are some of the projects you’re working on now?

BLIMES: “I’m working on an album release with Gifted Gab. We’re in a group called BLIMES and GAB and we have an album coming out in the next couple of months so we’re working on the rollout for that. My latest solo release is a single called “Under My Skin.”

CVW: You’re performing with VIAA and Desert Rhythm Project. What can you share about each artist?

BLIMES: “I’m excited to get familiar with DRP. The folks at Gadi’s were raving about them. I really love the diversity of the bill, it’s gonna be so sick. VIAA is a really good friend of mine. We started taking our careers in music seriously around the same time. She’s really come up significantly. She’s Alternative R&B and Pop. She plays with an amazing band of other women. They’re just really dope!”

CVW: What has it been like for you as a female artist in a genre that has traditionally been dictated by males? 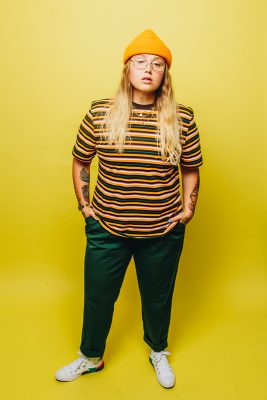 BLIMES: “Growing up it was super apparent to me. I’ve been rapping since I was 12. I started battle rapping on the school yard when I was a lot younger. Early in my career, the way that the mainstream framed it, was that there was only room for one or two girls to be in the limelight at a time. That there wasn’t enough room for all of us and so that gave me a sense of competitiveness, it’s obviously helped me to achieve. I don’t really look back on that fondly because I just wanted there to be space for all of us and I want that now. The door is kicked wide open right now, especially because rappers that identify as women are trending and are so hot. A lot of television and movies are featuring music and Hip-Hop made by women. It’s really catching fire and it’s great. It doesn’t really seem to be as big of a conversation about it being male dominated anymore because in the last three or four years so many amazing female rappers have come up and been able to be successful. It’s pretty cool to be a part of that. It’s also a long time coming. I’m happy that we’re here now.”

CVW: Where does your music fall in the perpetual spectrum?

BLIMES: “For me, it’s hard because I like to make such variant stuff. It’s a little bit outside of what’s accepted by mainstream. I feel like a lot of mainstream artists pick a sound and stick with it and I like to genre-bend between Alternative R&B and Rap. You can hear some Trap drums in some of my tracks but then you can hear some Golden Era influences as well. What I love is Jazz, Blues and Soul but because it’s hard to sample and do it properly now and get the right clearances, I don’t get the freedom to do as much of that but I would say it falls somewhere between Alternative R&B and Contemporary Rap.”

CVW: This is a diverse show that will gratify an extensive range of music fans. How do you feel about the show overall?

BLIMES: “I’m super-looking forward to that. I know that a lot people are making the trek out from Los Angeles for it too. And I know that it’s because people are excited to see music live in Yucca Valley. Shout-out to you guys for being a desirable destination. I actually have fans on Twitter and Instagram who are driving out from Arizona and driving down from Northern California. I know that people are excited for the show because of the destination. I definitely don’t want to take all the credit, but I’m definitely feeling honored and excited that people want to travel far to come see the show. It’s also in relation to how dope the area is that we’re going to be playing. I’m excited for you guys to host us.”

CVW: How much are you aware of the High Desert’s regenerative and restorative qualities?

BLIMES: “I don’t know too much about it. When I get there I spend a lot of time walking and looking. I also spend a lot of time thinking and breathing and it feels really good out there; I’d like to know more. It’s so rad. I definitely need to do my research on some of those natural resources and their regenerative properties that are native to the area.”

CVW: You last toured Europe in 2018. As an American artist, what did you learn by performing overseas? 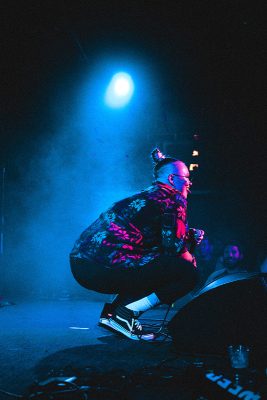 BLIMES: “Honestly the Europeans are really welcoming. They are curious about music. And they’re really big fans of live concerts. The turnouts were great. The reception was energetic and lovely. The hospitality that the Europeans showed was unmatched. We go to a venue and all the artists, crew, owners and staff have a home-cooked dinner together. We spend time together. That was a wonderful aspect of being out there. I got to play at the Moulin Rouge in Paris for a women’s music festival and it was phenomenal. It was a huge crowd, really diverse and really queer; what a beautiful thing to be a part of. For an American to come over and be so warmly received; it felt really special. I just really felt that the French, German or Swiss people don’t necessarily need to know who it is they’re going to see or be familiar with their work but they’re willing to go out and have a good time and that’s unmatched. It gave me a different perspective coming back to the states about how I digest music and about how I am showing up to an event and what kind of expectations I have. What do I leave at an event? What kind of energy do I bring there to add to the vibe of the night? I learned a lot by being out there on tour.”

BLIMES: “BLIMES and GAB will be the main focus. We have an album rollout and definitely touring around the album. We’re in talks about some European dates as well. We’ve got some exciting placements in film and television I can’t quite talk about yet. It seems this year is very promising in terms of other opportunities and how far our music can reach, which would in turn bring us to new places in the world. To be in more stereos is the goal.”