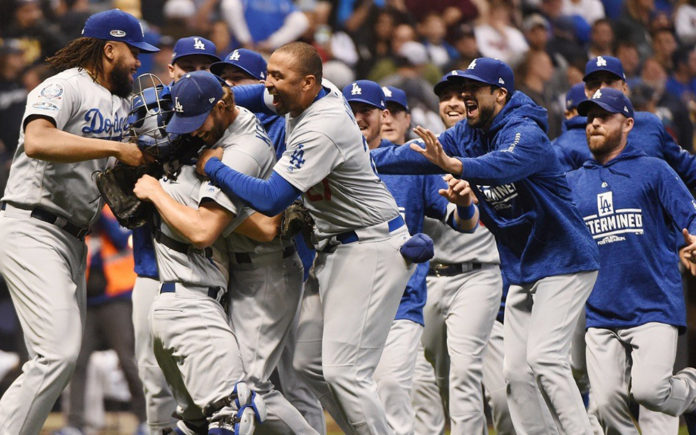 The Dodgers are the underdogs again.

The Boston Red Sox opened as a slight favorite in this city’s sports books to beat the Los Angeles Dodgers in the World Series.

The odds should come as no surprise to baseball aficionados as the Red Sox were easily the best team in baseball throughout the season, winning an astonishing 108 games.

Not only did they defeat their rivals, the New York Yankees (who also won over 100 games), in the ALDS, they dispatched of the reigning World Series Champion Houston Astros in just five games in the ALCS, sweeping the three games on the road in the process.

Before the postseason began, oddsmakers had the Astros as heavy favorite to win the World Series and a lot of people believed that Houston was the best overall team in the postseaon.

For the Dodgers, the role of dark horse is an unfamiliar one as they were the favorites to return to the World Series before the season began, and in each of their first two postseason series.

If the oddsmakers are correct, it would mean the Dodgers would become the first team to lose back-to-back World Series since the Texas Rangers did it in 2010 and 2011.

Ironically, the Dodgers were also heavy underdogs the last time they won the title in 1988, when they defeated the 104-win Oakland Athletics in five games, thirty years ago this month.

Who you got? For me personally, Boston has been stacked all season and running over the competition. Why should this series be any different? Red Sox in 6 – Book It! G’Luck!

The NBA is a daily grind for players, and coaches are constantly juggling their lineups to adapt to opponents and injuries while also trying to keep their key contributors healthy and fresh. Keep a close eye on injury reports and follow beat reporters for the best insight into which players are suiting up and starting that night.

Due to the demanding schedule of the NBA, situational basketball bettors can find value just about every night. Pay close attention to a team’s calendar and when they run into schedules that have them playing plenty of games in a short span or cross the country on short rest. There are also lookahead and letdown spots aplenty, so weigh the previous matchup as well as the upcoming opponent before pulling the trigger on tonight’s pointspread.

Tip No. 3: Streaks and slumps

Unlike football, which sees teams in action just once a week, NBA teams play three and four times over the course of seven days, which means bettors should put more weight into current hot streaks and cold skids. And that doesn’t just pertain to teams. Bettors should also dive into which players are lighting it up and which ones a laying bricks over the past few games.

Tip No. 4: Crash the key numbers

Much like football, there are some key numbers when it comes to capping the NBA spreads. Games will often be decided by a margin between five and eight points – falling on those numbers almost 26 percent of the time. Seven is the most common gap on the scoreboard while spreads of two and four points are also quite regular. Basketball bettors should pay extra attention to spreads moving off and on these notable numbers.

When it comes to handicapping NBA totals, pace is probably the first stop. Basketball bettors will want to measure teams by their number of possession and points per possession – using popular NBA stats such as pace – to predict whether the game will be high or low scoring. Two teams with a faster pace will produce more points, while slower-paced squads should lean towards the Under. Pay close attention to offensive and defensive efficiency as well as turnovers when you have a mismatch in pace on the hardwood.