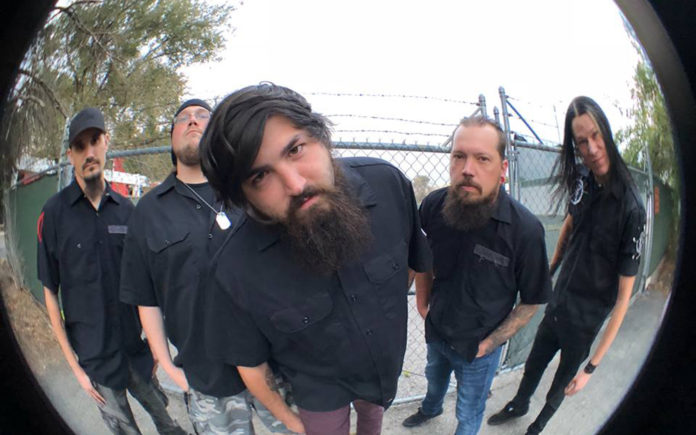 Metal band, Bound By Years, was started a little over 4 years ago by Chance Douglas and Bucky Ward. There have been a few lineup changes along the way with Johnny Thrash joining the band in mid-2017 and Chase Baggett replacing their original singer in December of 2017. The current lineup is comprised of: Bucky Ward – Guitars; Chance Douglas – Bass/vocals; Dennis Schaudt – Drums; Johnny Thrash – Guitars; Chase Baggett – Vocals. 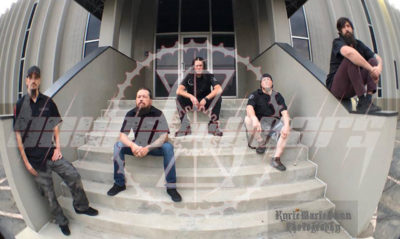 Bound By Years have recorded 3 EPs; self-titled, Vitae and their latest, Into the Nature of Things, which includes the song “Hopeless,” which they just released a video for. The guys took some time to answer some questions about the video and their upcoming show this Friday at The Hood Bar & Pizza.

CVW: Tell us about your new video “Hopeless” and who came up with the concept? Where it was filmed and by who?

Chance: “It is following a guy that is going through things that our band members have experienced; being thrown out of a house or bar, custody battles, drinking problems and the violent outbursts that came along with it. I came up with the concept and the holes were filled in as we filmed. It was filmed in Idaho Springs, Colorado and Lakewood, CO.”

CVW: How is Bound By Years different from other bands you’ve been in?

Chance: “It’s the most professional band I’ve been in; the business side, the writing, way more serious than I’ve ever experienced.”

Dennis: “I’ve pretty much only played in grindcore/death metal bands. Bound has given me the opportunity to define my rhythm. I’m able to try patterns from all different genres.”

Johnny: “I’ve never been in a band that works together like Bound does. We are able to communicate very well.”

Chance: “Hopefully more touring. We have a lot of stuff on the front burner that will have us going to new cities and states. Of course, we want to put out new music, maybe another EP.”

Bucky: “We are trying to get on some festivals this year.”

CVW: What has been the most exciting point of your musical career so far?

Chance: “Opening for Soulfly was amazing and opening for Motograter was crazy having been a fan for so long.”

Bucky: “Opening for so many bands that I’ve idolized growing up.”

Chase: “Opening for Light the Torch!”

Chase: “Anthony Green from Circa Survive and Howard Jones from Killswitch Engage.”

Chance: “Mudvayne. Please get back together!!”

Dennis: “All That Remains.”

Bucky: “We all post ideas to a private YouTube channel and piece them together. Honestly, lots of yelling and arguing and it usually ends up in a good song.”

CVW: How would you describe Bound By Years sound?

CVW: Chance, you’re a brand new Daddy. Congrats! How has that affected your music?

Chance: “It hasn’t changed band life a whole lot. If anything, it has made me more driven to make this happen. My wife Cassie has been and is very supportive and makes sure I can play shows and get to practice. Bound isn’t new to dads though. Dennis has a 9 year old son and Johnny has an 8 year old daughter.”

CVW: Chance, you and Bucky are originally from the desert. What does it mean to you to come back to the desert and perform?

Chance: “It’s awesome to be able to come back to where I grew up and show everyone at home what we’ve been up to.”

Bucky: “Thanks to CV Weekly for letting us do this and helping us share our vision.”