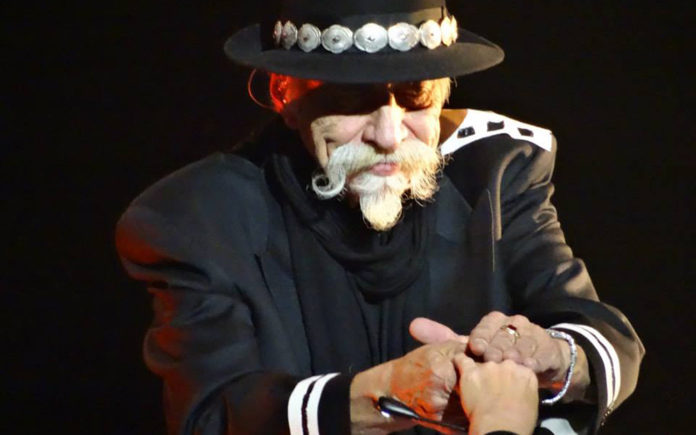 Steve Madaio died Tuesday, January 15, in Palm Desert, Calif. The musician was 70, and was said to have suffered a heart attack in his home. 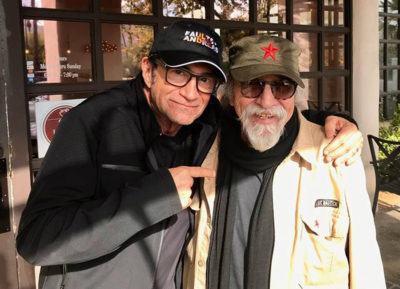 I met Steve Madaio over twenty years ago and it’s been an honor to call him my friend since then. But… I’ve really known Steve Madaio decades longer because that distinctive one-of-a-kind trumpet sound, emanating from his musical soul, is on a ton of hit recordings… hit recordings that all played a part in the musical journey of my life, and I’ll bet yours too. You can play ten different trumpet players for me and I’ll pick Madaio from the bunch every time… the power, the passion, the sweetness, that “snarl”. He is and always will be a musical treasure.

When referring to Steve’s background, the joke among friends is not whom has he played with but who hasn’t he played with! He has a list of credits a mile long but the humble man never toots his own horn (other than his trumpet LOL). So I’m always bragging about Steve, and I loved having him as a guest on my morning radio show. His impressive credits allowed me to build a whole show around just the songs he’s recorded on. Sometimes I would play a song and Steve would say, “Oh yeah, that’s my solo,” or “Yeah, I forgot, I’m on that song too.” Stevie Wonder, the Rolling Stones, John Lennon, Bob Dylan, Don Henley, Greg Allman… the list goes on and on. As part of the horn section for The Paul Butterfield Blues Band, Steve played the original WOODSTOCK in 1969 so, as you can imagine from the back-stories, it all makes great radio! 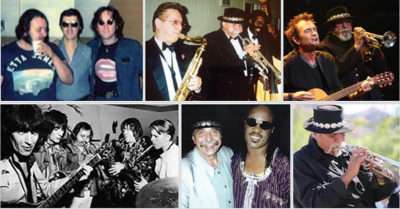 In addition to his massive talent Steve had notable moral character. He’s a great example of a musician who was respectful of his audience and every musician he played with. He has always demonstrated great love and affection for his parents, friends and partner in life Eileen Collins. Many years ago I had the pleasure of seeing Steve jam with his Dad, also a trumpet player, and it was pure Madaio family magic. With a sense of humor that’s wicked and whimsical with a dash of sarcasm, one of my favorite ‘Madaioisms’ is, “IT IS WHAT IT IS”… taking everything in stride with a unique perspective and well-traveled wisdom.

Steve could’ve lived anywhere, but he loved our Coachella Valley and the music fans that would come and enjoy his special gift. He played through the years with so many desert talents including Pat Rizzo, Kal David and Lauri Bono, Barry Minniefield, Mike Costley, Andy Fraga Jr., Jay Lewis, Bill Siatta, Tad Sisler, Brigitte Valdez, John Carey, , Will Donato, Horace Miller, The Evaro Family and so many more, too numerous to mention. Also, those who we have lost, including Bob O’Connor, Andy Fraga Sr., Gino Antonucci, Tommy Paul and so many others. Steve was part of the popular MOM Band (Madaio, O’Connor, Minniefield).

After all these years Steve’s musical fire was as hot as ever. I’m humbled and honored to have performed with him several times with our band 3GT (3 Guitars jimi FITZ, Jimmy Palmer, Sergio Villegas and a Trumpet, Steve Madaio) and Faults of Andreas.  Steve will live on in our hearts and music libraries forever.