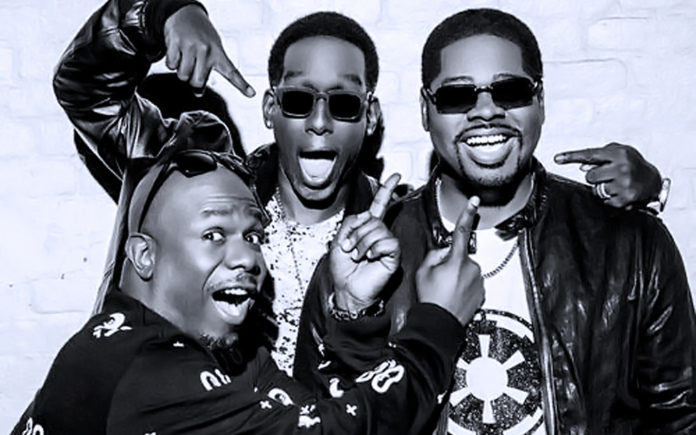 When Boyz II Men released their first album, their singles became instant hits, flooding the airwaves. At that time, iTunes didn’t exist, CDs were high-end items, a good mix tape was a game changer, and radio was king. By the time “End of the Road” came out in 1992, I was a middle schooler deep in the throes of heartbreak. My three-week long summer relationship had gone bad and this breakup ballad spoke profoundly to my lovesick (and overly dramatic) heart. We all remember where we were when we first sung along soulfully to “End of the Road,” right? I spoke with Wanya Morris, founding member of Boyz II Men, ahead of their March 2 show at Agua Caliente Casino Resort. In my preparation for the interview, I pondered what, specifically, to talk about with the most commercially successful R&B act whose sexy slow jams were the soundtrack to my teen and pre-teen romances. Despite my friends’ suggestions, I was sure it wasn’t appropriate to get the “I’ll Make Love to You” crooner to actually talk about making love.

CVW: Your first album was in 1991 and your most recent album was this past fall. What is the most important way you feel your music has evolved in that time and what keeps your fire lit?

WM: “I think it’s just the vibes that we get from being in the studio together. We started off as just a singing group doing a cappella. Once we got into a studio, we realized we could translate that to something bigger and people could see what Boyz II Men could do. Then the magic happens. It’s this amazing feeling to get a chance to start a song from scratch. There’s so much gratification in that. To be able to still do what we do and have the same effect on each other, that’s what keeps my fire lit.”

CVW: You’ve won Grammys, you’ve broken Billboard records, you have a star on the Hollywood Walk of Fame, the list goes on and you’re still so young. What are you most proud of in all your accomplishments so far?

WM: “I’m most proud that we are still together 26 years later. This doesn’t happen often. There are groups that came out at the same time we did that aren’t around or aren’t doing it to the capacity that we are and it’s a blessing. Our work ethic, drive, and motivation have kept us in this for as long as it has. You look at the landscape of music, we were a 90s group and decades later we are relevant to these people we perform to. Our music has been a part of the story in their lives.”

CVW: Absolutely. I could go on about the story of “End of the Road” in my life, but I’m sure you don’t want to hear about that.

CVW: So, you have a residency now in Vegas at the Mirage. Many other iconic music acts have had residencies there – tell me how it felt to get this offer.

WM: “When we first got the contract to do it, I was very apprehensive. As you said, it’s a place for so many iconic acts. But most performers or artists that have a residency are going there to retire. They go to perform there for the rest of their lives. Like you said, we’re still young. We got here and realized ‘Wait a minute, people aren’t coming here to retire but to have a blast.’ This is the next part of their career – to not have to run from city to city to reach their fans. It actually became a music mecca with fans from across the globe coming directly to us. It makes total sense for us. We’re honored to be the first R&B act to have residency in Vegas. It’s a feat. We’re very proud of that.”

CVW: We have a lot of young local musicians that follow our paper. Your group has stayed iconic and successful during the transition into the digital world. Any advice for aspiring artists?

WM: “The main thing is to stay true to your craft and maintain the integrity of your music. Once you start to follow a trend you become trendy and come and go with that trend. Stay true to the music and who you are and at the end of the day the music will always keep you relevant – especially if you’re doing good music. Hone your path. Never feel like you’re already as good as you’re going to be because you can always get better. Most of all, stay prayerful because this business will chew you up and spit you out if you don’t have a spiritual compass guiding you.”

CVW: What can people expect when they come to your show on March 2?

WM: “They can expect an emotional and memorable rollercoaster. They’ll be able to get on this ride and feel like at the end of the day they’ve reached maximum capacity of good memories. They’ll time travel, laugh, cry, fall in love all over again, dance, and remember times when music helped save lives. People loved all the way through it. They can go back to those moments. They can think, I remember where I was when this happened. My prom, my first kiss, the first time I made love.”

Ah, and there it is. Gottem!