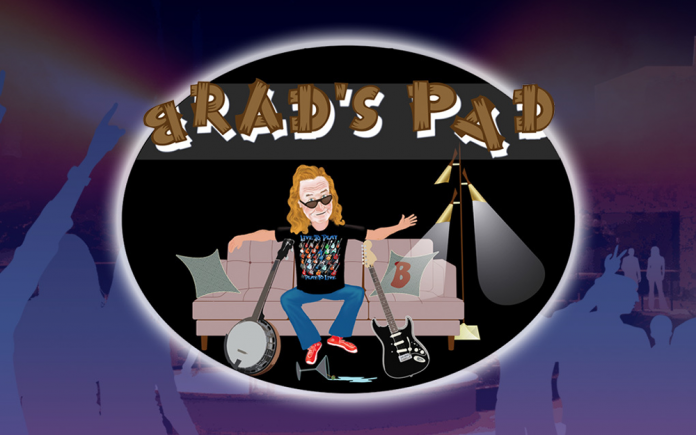 Raised in LA, the incredibly talented Brad Mercer began his music career at age five, ultimately becoming a professional performer, multi-instrumentalist, singer/songwriter, recording artist, and popular radio personality in the Palm Springs area.  He has recorded and produced six albums and toured throughout the nation as a gifted impressionist and comedian, opening for Jay Leno, George Carlin, and Jeff Foxworthy.  Brad is the recipient of the LA Music Awards, “Best Rock DJ” and the “Alan Freed Lifetime Achievement Award.” His “Bands ‘N Fans” syndicated radio show helps unsigned and newly signed, country and country/rock indie artists from all over the world get airplay in 140 countries.

Besides his long-running radio show, Brad is also the creator and engaging host of a weekly residency show every Tuesday night at Fantasy Springs Resort Casino in Indio, CA.  Together with his partner, guitarist extraordinaire, Peter Sutter, they formed The Brad Mercer Band, and perform a rousing live three-hour variety show and rock concert each week to a full house.  And all free!  With their spot-on classics and unique original songs from the Mercer & Sutter writing team, the show is aptly called, “Brad’s Pad.”  Brad Mercer on vocals and multiple instruments, Peter Sutter on lead guitar, Tim High on bass, Carlos Guido Carlotta on keyboards, Susan Lynn Mercer on vocals, and Buddy Greco, Jr. on drums. Band management is Chip Miller for Winmill Talent Management

This venue is tops!  I start out by visiting my good friend Chris Jones Assistant Manager at my favorite Chinese restaurant “Joy” at Fantasy Springs with a great meal and conversation with Chris.  Then time for music located in the casino’s concert venue at the “Lit,” where there is an excellent sound system, designed specifically for Brad’s band.  The crowds are great, both locals and from out of town to see this band usually singing along or on their feet dancing freestyle.  The Lit offers a balcony for viewing, dancing, and dining.

So, you don’t need to go any farther than Fantasy Springs Resort Casino for the entertainment at “Brad’s Pad,” the hottest nightlife show with the hottest rock band in the Coachella Valley.