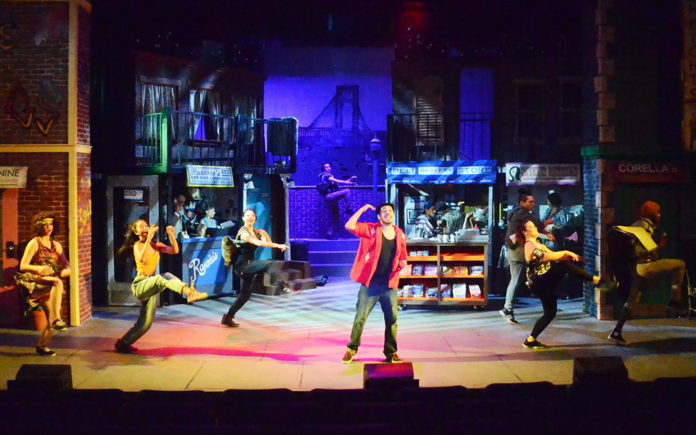 There is a moment when the stars align and all of the pieces fall in place and a feeling of perfection washes over the senses, such was the experience for the opening night of ‘In The Heights,’ currently in Production at the Palm Canyon Theatre in Palm Springs. Lin-Manuel Miranda (music/lyrics) and Quiara Alegria Hudes (Book) are both Pulitzer Prize winning authors for their other works, so it’s no surprise that their hit musical, In The Heights, was the recipient of four Tony Awards, a Grammy Award and nominated for the 2009 Pulitzer Prize for Drama. 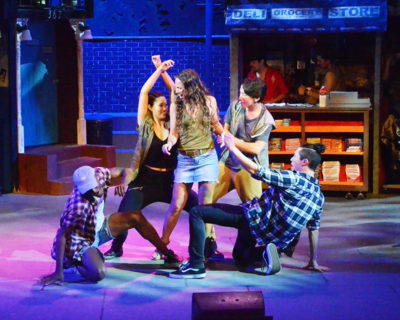 On a sweltering summer night the Residents of Washington Heights, in New York City, bring their own kind of heat to the neighborhood as they celebrate the 4th of July with a Latin flair. With an abundance of talent, this cast of characters sings, dances and tells the stories of their lives and their connections to one another in a heartfelt production that is impossible not to love.

At rise a Graffiti Artist (Marella Sabio) opens the show with her unique dance and artistry, as she attempts to decorate the roll down security gate of the tiny bodega owned by the story’s narrator, Usnavy, (Matt Sambrano) named after one of the first sights his parents saw when they arrived in America, a ship with the sign ‘US Navy’ on it. Though raised in this struggling neighborhood, he dreams of returning to the Dominican Republic from where his parents immigrated. 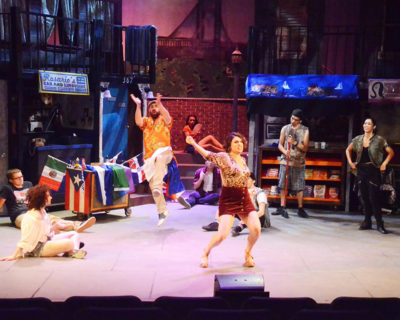 Through a stroke of good fortune, “Abuela” Claudia, (Suzi Thomas Wourms) who immigrated from Cuba back in 1943, the loving matriarch of the barrio, is finally on the verge of having her dreams come true while Nina Rosario (Meagan Van Dyke), the young Stanford Freshman and the first in her family to leave and go away to college, is about to lose all that she’s dreamed of.

Daniela, (Haley Izurieta) the owner of the neighborhood Salon, where gossip and banter flow freely, is packing it in and moving to the Bronx. Her rendition of ‘Tell me something I don’t know,’ was one of my favorite performances. Izurieta has a beautiful voice and most certainly makes this character her own. 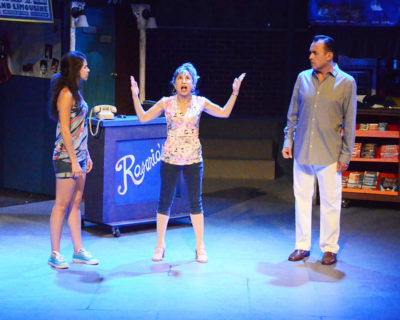 Nina’s parents, Camila (Adina Lawson) and Kevin (Benjamin Perez) give their all in support of a better life for their daughter. Perez’s performance of ‘Useless’ brought tears to my eyes. He’s a real gem in this show. And Lawson’s ‘Enough’ made me want to stand up and cheer. Both characters brought to the forefront the reality of family struggles and conflicts, even when there is an abundance of love.

Life is changing all around them as this group of characters struggles to survive and thrive in a world that isn’t always fair. But despite the ups and downs, love seems to be the theme that carries them forward. From the opening number to the finale, I was engaged and loving this show. A few tears and lots of smiles definitely make this a ‘Don’t Miss’ night of theater. 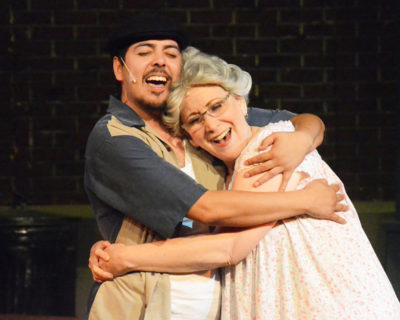 Shafikk Wahhab’s direction made it all flow so seamlessly. The staging and the performances all reflected a steady hand at the helm. And with a cast this size, there’s no doubt about the work and talent required in bringing this script to life. Jacqueline LeBlanc’s choreography is like sweet honey flowing across the stage. The combination of the dancing and the Latin beat of the songs was a special kind of magic.

Actress and teacher Stella Adler once said, “Theatre was created to tell people the truth about life and the social situation.” I don’t think that I have seen a show that more aptly fits that assessment.

In The Heights, is targeted for any age group, and is currently in production through July 16th at the Palm Canyon Theatre, located at 538 North Palm Canyon Drive in Palm Springs.

Dee Jae Cox is a playwright, director and producer. She is the Cofounder and Artistic Director of The Los Angeles Women’s Theatre Project.