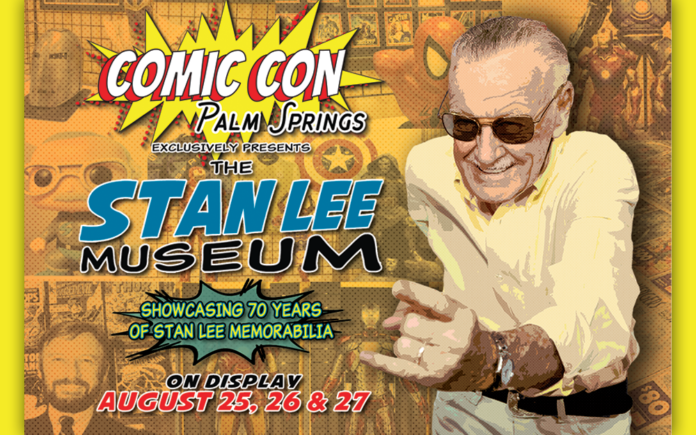 Next month’s Comic Con Palm Springs is adding more features to its already impressive lineup and one of the most remarkable acquisitions is the Stan Lee Museum.

The inclusion of the Stan Lee museum is notable because it appears at very few Comic Cons. “The Museum was supposed to appear at Amazing Con Las Vegas last month however, it did not make it, so the only west coast place that the Stan Lee museum is going to be this year is Comic Con Palm Springs. It’s going to be 50 Cases long with 20 Statues… with 70 years of Stan Lee memorabilia.” Spellman also says that this display will include rare and collectible items, such as comic books and statues. “It’s only going to be at CCPS in world-famous Palm Springs, California.” The last Comic Con the museum appeared at was Awesome Con in Washington D.C. this past June. That event had over 50,000 people. The Stan Lee Museum is Stan Lee’s personal collection of memorabilia. Spellman emphasizes that this is a must-see display, saying, “There might not be another opportunity this year or in California to view Stan Lee’s one of kind collection.” Over a dozen statues will be featured along with comic books published as far back as the 1940’s. “It’s going to be a true museum and a … true curated museum experience and that’s very rare to be able to put together,” Spellman says.

CCPS has also added concerts in addition to the musical performance by original Wonder Woman actress Lynda Carter, who has never before participated in a Comic Con. CCPS will be having a “Friday Night Kick Off Party” with musical performances by Chester Rushing of “Stranger Things; Troy Baker, voice actor from The Last of Us and Far Cry 4; and Tom Kenny and the Hi-Seas. Tom Kenny is best known for voicing the character SpongeBob SquarePants. Comic Con Palm Springs brings another element to it’s Con through the musical acts of the celebrities they bring out. “It gives them another avenue to share their other talents. It’s a show that’s not to be missed.” Spellman says. 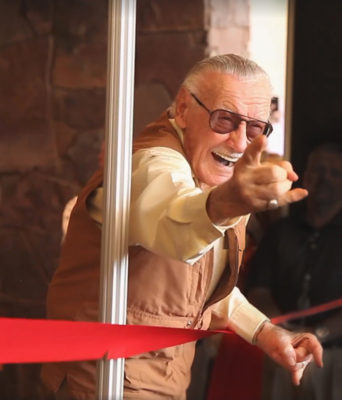 “We are going to try to balance things and not have to many experiences overlap. Let’s say Stan Lee is doing a panel and we will try to not put anything up against that unless it was something like the girl scouts. Every year we host the Girl Scouts and they most likely are not going to have any interest in Stan Lee,” he says, giving the example that he might have an activity for mothers and Girl Scouts to create their own comic book running at the same time as the Stan Lee panel. “Or if we could do something like a My Little Pony panel… at the same time as another panel, we would try to make that something with a completely different genre following,” he explains. “You pretty much know that people going to one panel will have very little interest to go to the other panel… but it will happen. It will most likely happen. But that’s what it’s all about: about coming back the following year because you really just can’t do everything.” 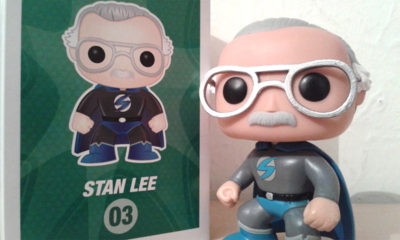 Another returning experience is the Geekfest Film Fest, which will be showing films in the Majove room at the Renaissance Hotel. Like The Palm Springs International Animation Festival, they are partnering and marketing with Comic Con Palm Springs, but it is unique in that Geekfest travels to different Comic Cons to show their films. Geekfest screens science fiction, fantasy, fan films and other genres by an international array of filmmakers. Other notable events include Twisted ToonZ, in which Voice Actors read the script of “Back to the Future” in their pop culture personas and the CCPS Symphony Pop Live, which will display scenes from recognizable pop culture favorites while an orchestra plays the theme music.

Comic Con Palm Springs will occur August 25-27 at the Palm Springs Convention Center. Tickets start at $35 for one day admittance and $60 for all three days. Additional tickets can be purchased to attend a dinner with Stan Lee and see Lynda Carter in concert. Hero tickets are available for military, police, fire, and EMS personnel. Visit comicconpalmsprings.com for more information.