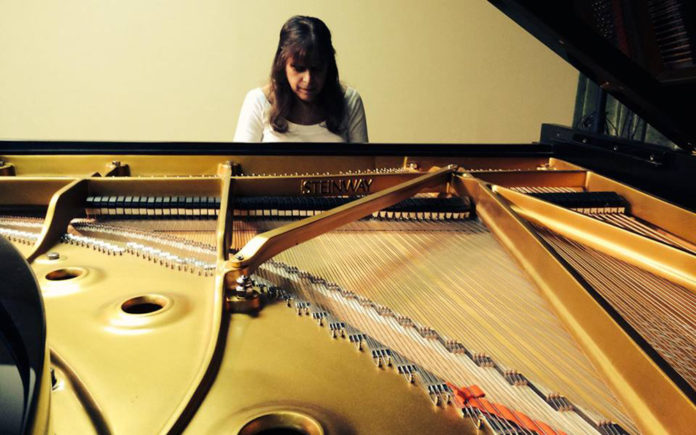 Music has been a lifetime passion for Warren. At an early age she began studying piano at the Detroit Conservatory of Music. It was at San Francisco State University she earned a bachelor’s degree in music composition. Her senior thesis was the writing of a musical which was completed after graduation. “Breakfast in Marin” premiered in San Francisco and was nominated for a prestigious Cable Car Award for ‘Best Musical’. 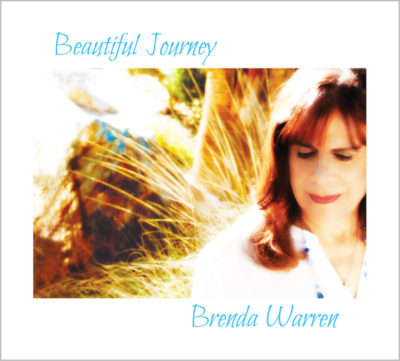 Warren signed a recording contract with Los Angeles based label Priority Records and released her first solo piano album of original music, Childhood Dreams. Many of the pieces from this collection were featured in television and documentary films and received worldwide airplay. A second piano release As Years Go By was awarded rave reviews and charted on Billboard and reached #1 on Music Choice. Warren has performed her music at Carnegie Hall and in other venues throughout the United States. It seemed her life’s work had taken her to heights she had only dreamed of. Life has a way of redirecting where you are headed.

Her journey with this album and the next phase of her life began in 2012 after losing her mother. “When my mom passed away, that was a big loss for me because I lost my dad years before when I was younger. I was really close with her and it shifted the way I felt in the world. My mother is not there anymore. There’s not that person you can pick up the phone and call with that unconditional love who you thought would always be there.” Although it’s not explicit, Beautiful Journey is a tribute to Warren’s mother.

Beautiful Journey embraces the heart and soul. It includes 12 pieces inspired by overcoming loss, hardship and re-discovering how precious each moment is and how much beauty there is in the world. The first single, ‘Imagine Spring,’ is moving, nurturing and its thematic elements resound with the listener. Warren shared, “‘Imagine Spring’ is definitely a personal piece. I was coming from a challenging time in my life and had difficulties to overcome. I had to look at the positive, the beauty in life and the good things.” Hope, renewal, and love are the underlying themes in this new collection. Listening to this music will uplift, inspire and heal the heart. Warren agrees, “It should make you feel like things are going to be OK and you’re alive. It’s about soothing the soul.” Those themes were brought to the surface even more by employing Ackerman’s brilliant production.

“Will is pretty amazing. I was fortunate to work with such great people. It was one of those experiences that I’ll cherish. I’m already thinking I want to go back and do it again. Will has nothing but great things to say about the album. I hope people will be moved by it.” Warren explains, “There are a lot of similarities between my three albums. I think this album is a little deeper but stylistically, they are very similar. Warren is constantly in writer mode. She shared, “I’m always writing pieces. These 12 pieces are the collection of songs that are saying what I wanted to say and feel what I wanted to feel.”

The walls of Will Ackerman’s studio, Imaginary Road, are lined with Gold and Platinum Records. Ackerman is considered a pioneer in the New Age music movement. Warren shared further, “Windham Hill was an extremely successful label thanks to artists like George Winston. Now Will’s got a studio he’s built in Vermont where he lives. It was one of the most beautiful settings I’ve ever seen. It’s a really special place. You know that feeling when you go into a sacred or spiritual kind of place where you know many great musicians have been and worked at and done their thing? That was the feeling I had. I wasn’t there for all the overdubs. He did Charlie Bisharat’s track in New York and he recorded Michael Manring’s track in Berkeley. He would call me from the studio and tell me ‘here’s what we’re doing.’ I trusted him and put all the overdubs in his hands. I wanted him to take the reins on what was actually added.”

Ackerman best describes Brenda’s music as “an utterly unique artistic voice and a pianist with stunning compositional talent and technique to match. Her work is deeply heartfelt and stunningly emotional… a glimpse into her artistic soul.” Ackerman was hands on and would be in touch with Warren during the recording process. Warren recalls, “That would be one of the most fun things, He would be in the studio and send me an email saying ‘Oh my God, we’re in the studio and I’m over the moon, wait until you hear this.’ I would wait for him to send me the mp3. It was exciting part of the process to hear the rough mix.” Warren was overjoyed at the inclusion of so many fine musicians.

Included in the album are many of Ackerman’s go-to musicians. Accomplished musicians like Tony Levin and Charlie Bisharat were called upon. Warren was humbled by their participation. “Tony has played with probably 500 artists. Name an artist and he’s played with them. He’s one of those legendary bass players. Charlie Bisharat is also one of the most famous violinists, most famously touring and playing with Yanni. Will suggested every one of these players. They’re like family to him. He uses them on many of his projects, some go back with him to his Windham Hill days.”

Not only did Warren have to cope with the death of her mother, she was also recovering from a concussion. “I was down for a couple months after the loss of my mother. At the same time I was recovering from a concussion. I had symptoms like cognitive problems. My concentration and balance was off. I couldn’t be on the computer for very long. I thought, are these things going to go away? The first six months were really hard. The following year I had mild symptoms, enough to make me uncomfortable. I couldn’t be around loud music or loud restaurants. I was very hypersensitive to sound. I found myself retreating a lot. They told me the point I reach in a two year period is how I’ll be. The only symptom I have now is I’m sensitive to sound. I can’t go to a big concert anymore and I’m OK with that.” In time, the resilience her mother impressed in her and the longing to write music became her body of armor.

Music continued to heal Warren through the grieving process. “A year later I started recovering and healing from the loss of my mom and the concussion and that’s when I wrote a lot of these pieces because I was coming from a place of loss, heartache and pain yet knowing that I wanted to go on and have a positive life. I started appreciating every little thing, the butterflies, and the flowers, that’s why I have a piece called ‘Beneath Cherry Blossoms.’ Literally, the beauty of nature became really more prominent in my mind. My mother was always very positive and a real survivor and always instilled that in me so I thought I should really live out what she’s taught me. I told myself, don’t fall apart, go on and make your life as beautiful as possible. The creating and composing of the music was good for me to recover from this. I used to say as long as I can sit down and write my music and do what I do I’ll be OK. It really got me through.” The desert is grateful that Warren is a member of our community. 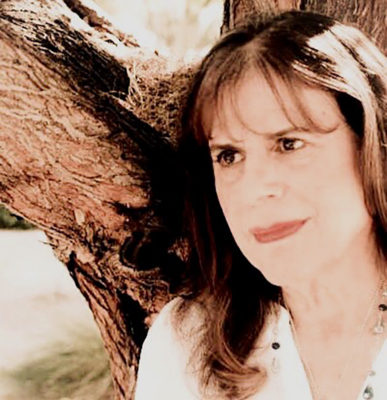 Warren is a diamond in the desert rough. Coachella Valley natives will be proud to know that she is our neighbor. “I’ve been in the desert since 2009. Before that I was in Los Angeles. I have mixed feelings about the desert. In some ways I really love it. It’s very calming in a way, very quiet. I’ve lived in L.A. for so long and San Francisco prior to that. I love that the desert has less people and less traffic but the desert can be limiting to what you can experience and places you can go. But then when I go to L.A. and I’m in that environment I appreciate coming back to the desert.” Long time desert residents Ronnie and Lisa King are longtime supporters of Warren. “Ronnie has been so supportive of my music. I remember he would tell me he’s listening to my Spotify station and how much he loves my music. Both he and his wife Lisa have been extremely complimentary.”

“Brenda Warren is a gifted artist creating beautiful compositions for everyone to cherish.
I have been so looking forward to Brenda’s new music and here it is! So gorgeous and moving, I feel lucky to have found Brenda’s music in my life and her Beautiful Journey”.

Find Beautiful Journey on Spotify, Pandora, Amazon, iTunes and all other digital outlets.