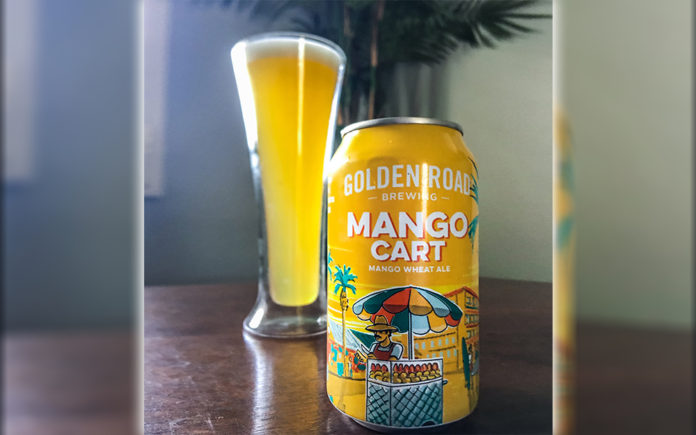 I started home brewing in January of 2012 after receiving some sweet beer making equipment for Christmas, the month before, and I immediately began to explore all the styles and flavors that craft beer had to offer. Like most people, I’d had a Samuel Adams Boston Lager and Fat Tire Amber Ale once or twice before (at the time, that was the extent of my craft beer drinking. I tried drinking a Russian Imperial Stout once and I swear to god, I almost died. The last six and a half years have been a journey, folks!), and I considered those to be excellent beers compared to the Coors and Miller Lights that I’d been so accustomed to drinking. The craft beer industry was growing strong, with breweries across the country bringing multiple styles of beer to the forefront of their battles against fizzy yellow lager. Pretty much the only style of beer that got left behind was fruit beer, and that’s because for a really long time, fruit beer just sucked.

Maybe it was craft beer’s early obsession with high IBU’s and super aggressive stylings, or the fact that brewers were still experimenting and perfecting styles, but until recently it seems, American brewers had a difficult time making a beer with fruit in it that didn’t come across like cough syrup with funk in it. But by 2018, all of that’s changed! There’s still some awful fruit beer made here and there, but by and large, many breweries have nailed the thing, and are releasing entire series showcasing different tropical fruits.

Golden Road Brewing Co. hasn’t been a legit craft beer brewery since megalithic brewing corporation AB Inbev purchased the popular Los Angeles company 2015, but they’re still known for producing superior craft beer styles. Golden Road debuted a new line of fruit beers inspired by the fruit carts that can be found throughout the city offering fresh cut and bagged tropical fruits. Up for review today is Golden Road’s new mango hefeweizen, Mango Cart. Does it measure up to the recent level of fruit beers being produced in craft beer? I sat down with a 6-pack to find out.

A hazy, mango colored (how apropro, right?) yellow/orange, with fruit pulp suspended and floating in the glass. A nice creamy head of white foam that leaves a sticky ring of lacing around the glass. The can is a brightly colored, sunny and tropical illustration of a fruit vendor slicing mangoes from his cart on the streets of Los Angeles. 4.25/5

The sweet and candylike aroma of real mango, not at all artificial smelling, mixed with the graininess of wheat, and the tart, signature scent of Hefeweizen yeast. Very soft hop aroma detected, lightly herbal, and makes me think of a variety like U.S Golding, Willamette, or Mount Hood. 3.75/5

Very balanced, not at all the intense mango flavor as you may expect from the nose. Lightly sweet tropical fruit flavor without any noticeable artificial notes. The beer itself however completely follows the nose; sharp, lemony Weiss beer flavor, with a nice graininess and soft hop character that balances the flavors nicely. 4.25/5

Nicely carbonated, giving it the sharp, carbonic bite you expect from a hefeweizen. The fruit pulp aids in giving this beer a full-bodied mouthfeel. 4.5/5

Balance is the key here, with a beer that retains both fruit and Weiss beer characteristics without either being muted or sacrificed. Likewise, there’s enough hop character without bitterness to keep the mango from dominating the palate and giving the perception of sweetness.

I prefer the more restrained fruit character of Golden Road’s Mango Hefeweizen to Left Hand Brewing’s Peach Beerlini Radler; although different styles, both have comparable ABV%’s and juicy fruit notes. An easy to find beer with wide distribution, and one I recommend to beer drinkers wanting more summer flavor in their beer. 4.2/5