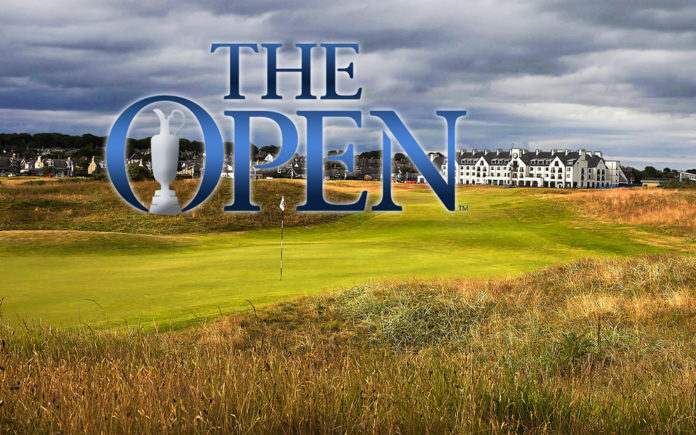 My top 5 picks (and 2 sleepers) to win the Open Championship at Carnoustie.

After a U.S. Open in which no one finished at par or better for the week, golf fans can probably expect similar carnage to continue at Carnoustie. The British Open returns to the Scottish links known for its difficult conditions and a 1999 event that featured the worst final-hole disaster in golf history and a playoff at six-over par. This year’s winner at “Car-nasty” will need to overcome strong winds and navigate the course’s narrow fairways, deep bunkers, and those fun little burns that gobble up golf balls at a moment’s notice. So who will hoist the claret jug this time? Here’s CV Weekly’s open Preview and tips for the week (with current odds via Red Rock Casino – Las Vegas) at our favorite contenders.

Positives: He’s the best player in the world and in the prime of his career so it makes sense that he’s the Vegas favorite. Plus, as we saw at Shinnecock (at least, for three of the four days), his low, piercing ball flight is perfect for contending at wind-swept links courses.

Negatives: What doesn’t make sense is DJ only having one major title as part of his 18 PGA Tour wins. Whether it be poor putting (Shinnecock) or poor decision making (Whistling Straits and Royal St. George’s), Johnson has let more than his fair share of big ones slip through his gifted hands. The good news is he’s still got plenty of time before being labeled this era’s Greg Norman.

Positives: My pick to win the U.S. Open looked prophetic until a disastrous Sunday dropped him to T-10. Still, the World No. 3 rarely has an off week or weekend, and when he does (like at Shinnecock), his scrambling and putting skills have allowed him to hang around the leader board.

Negatives: Hanging around the leader board isn’t the same as winning. And it’s now been five years since that major breakthrough at Merion that was supposed to “open the floodgates.” Also, Rose has a spotty Open record with his best finish coming all the way back when he was 17.

Negatives: He shot an 84 at the U.S. Open after playing himself into contention. Granted, it came on a day when the USGA admitted it had crossed the line in setting up the golf course. But still, while Fowler isn’t worried he’ll eventually start winning majors, we can’t say the same for some of his fans.

Positives: Admit it, you thought we were halfway to the REED SLAM when the reigning Masters champ birdied five of his first seven holes on Sunday at Shinnecock Hills. Even though his rally came up short, Reed has beaten all but four golfers in the past three majors.

Positives: Did you see that final round at Shinnecock Hills?! Fleetwood nearly stole the tournament with a 63 that was so good it left him disappointed he didn’t shoot lower.

Negatives: The only thing we don’t like about this brilliant ball-striker is that his odds are about half what they were at the U.S. Open.

Positives: The last time the Open was played in Scotland, Stenson put forth one of the greatest performances in golf history.

Negatives: While his ball-striking stats (2nd in strokes gained approach) are as good as ever, Stenson’s scrambling (151st in strokes gained around the green) could be the difference at a place where greens in regulation aren’t easy to find like Carnoustie.

Positives: Koepka just won a second consecutive U.S. Open on a course that’s as close to a Scottish links as America has to offer. Plus, he earned his (Nike) stripes playing in Europe before becoming a PGA Tour star.

Negatives: The World No. 4 still only has 3 PGA Tour titles. Puzzling.

I have an Open Ticket that I bought before the start of the season on Henrik at 60-1 to win this event. That’s my ticket and I’m sticking with it. G’Luck!