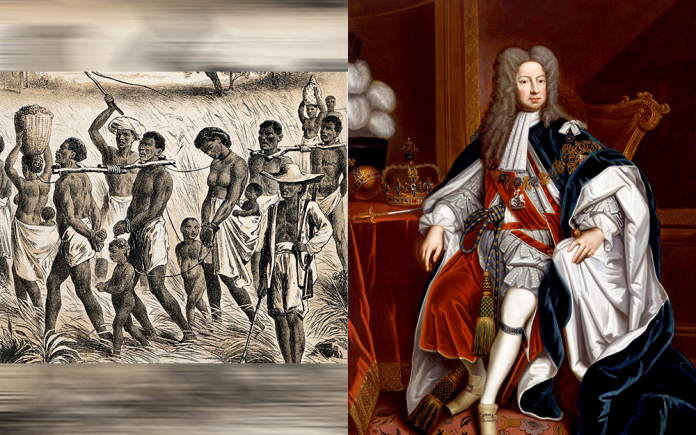 The stock market refers to up markets a bull markets and down markets as bears.  Ever wonder why use those two animals versus an eagle or a turkey?

To understand how we came to use bulls and bears, we need to go back 300 years to the South Sea Company Bubble.  With this story, you will see that society tends to repeat past mistakes.

In 1711, the United Kingdom was still a monarchy and headed by King William who had to answer to Parliament.  Parliament was created following the merging of the Kingdoms of Scotland and England.  The South Sea Company was a public-private partnership created by the UK to help pay off government debts with profits from trade with the Spanish colonies in the New World.  The primary cargo was African slaves.  The public-private partnership meant that South Sea Company cargo ships sailed with the protection of the Royal Fleet.

Those who invested in the South Sea Company were paid a 6% interest rate.  As Spain limited UK trade to one ship per year, income from the Company was far below expectations.  With the company floundering, King George took over the governing of the company in 1718.  With the King in the top position, the valuation of the company more than doubled.  What made this dicey for investors was that the company issued more stock to keep up with growing demand.

Two years later in 1720, Parliament sold the South Sea Company national debt that the country was struggling to pay.  Creditors ended up selling the Company £32 million in government debt for 23 pence on the pound or £7.5 million.  This great deal for the South Sea Company led to more stock sales.  Speculators entered the fray and began selling shares with the promise of a future payment.  By August 1720, the stock price increased by ten-fold over the already lofty valuations experienced only a few months earlier.

As the slave trade ‘bonanza’ never materialized, the speculative bubble burst where the stock lost 80% from its peak value by the end of 1720.  Many investors were ruined.  Investigations followed where corruption and bribery were unearthed throughout the UK government.  The directors of the Company had £2 million in assets confiscated while the UK government relieved the Company of its £7.5 million debt repayment commitment.

The 80% decline in the value of the South Sea Company was the 18th century equivalent to the 1929 crash in the United States.  People referred to the crash as a bear-jobber market.  This is where the bear started to represent a bad market.  Back then, middlemen would sell bear skins before shipments arrived from bear trappers as they expected prices to fall prior to the required delivery date.

Richard Steele first referenced ‘bear’ in a financial transaction in a British society journal in 1709.  At that time, Steele called bears “an individual who places a real value on an imaginary object.”  His reference is based on bear jobbers of the day who were typically speculators or fraudsters.

As to how a bull was chosen as the positive opponent to the bear, no one is sure for certain.  Some believe it derives from a bloody 13th century sport where people engaged in bull and bear baiting.  People would gather and bet on whether the bull or the bear would win fights to the death.  As bulls tended to do better in battle, the imagery of the bull and bear locked in battle worked.

Alexander Pope appears to be the first to reference the tug of war between the bull and the bear as it relates to the South Sea Company bubble in 1720 when he wrote, “Come fill the South Sea (Company) goblet full; The Gods shall of our stock take care; Europa pleased accepts the bull and…puts off the bear.”