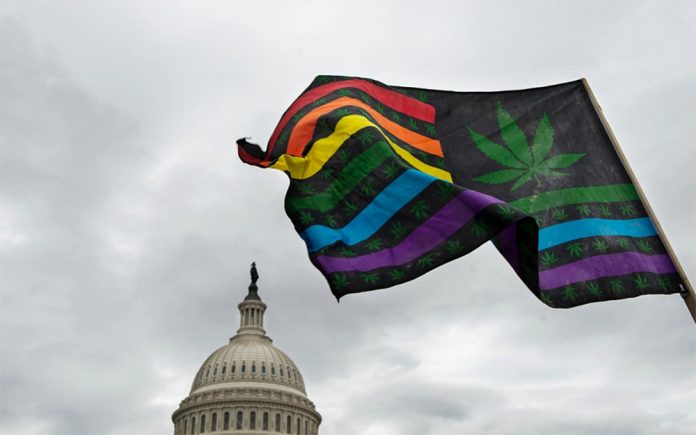 Sometimes duplicate senate and assembly bills have very different goals. Legislators are trying to reduce or increase excise taxes, reduce cultivation taxes, enable social justice reforms, and enable tax credits for expenses, to name a few. The cannabis industry is the only business that is prohibited from using expenses against income on their tax returns. Bills flow in both directions but must be eventually reconciled or tabled. Often, it seems the members just throw something against the wall and hope it sticks.

The Bureau of Cannabis Control (BCC), the California Department of Food and Agriculture’s (CDFA), CA Cannabis Cultivation Licensing Division, and the California Department of Public Health’s (CDPH) Manufactured Cannabis Safety Branch will now all be in one department. This has created confusion on how a newly created category of cannabis beverages is to be tested, labeled, and packaged. The Cannabis Beverage Association is trying to rectify this with AB2155. It creates a separate label for cannabis beverages that is specific for liquids.

If the California Legislature makes my eyes cross, head, ache, and brain explode, I now go ballistic looking at the federal bills on cannabis. Do not rejoice yet for the April 1st passing by Congress of H.R.3617 – Marijuana Opportunity Reinvestment and Expungement Act (MORE Act), which would deschedule marijuana by removing it from the list of federally banned drugs under the Controlled Substances Act. It is an April fools’ joke. Have a seat before you read further. Better yet get a joint to smoke to ease the lack of air collapsing from your lungs.

Descheduling cannabis comes with a federal excise tax, starting at 5% for the first two years after enactment and rising to 8% by the fifth year of implementation. An “Opportunity Trust Fund” would be created, where half of the tax revenue would support a “Community Reinvestment Grant Program,” ten percent would support substance abuse programs, and forty percent would go to the federal Small Business Administration to support implementation of a newly created equitable licensing grant program. Marijuana producers and importers would need to obtain a federal permit, and they would also need to pay $1,000 per year in federal taxes for each premises they operate.

Can you see how our illustrious thinkers created a slush fund for any one of their pet projects? CA consumers already have a 45% tax to absorb. Senator Schumer’s draft would create a federal cannabis excise tax of 24% that aims to disincentivize use, particularly by minors, while ensuring small businesses can compete with larger operations. Revenue would flow into a trust fund for communities impacted by the war on drugs.

Ryan Vandrey, a professor at the Behavioral Pharmacology Research Unit at Johns Hopkins University School of Medicine, told Newsweek, he believes that there is an “urgency” for the cannabis industry to be regulated by the federal government. (Can you hear the cash register cha-ching, cha-ching, cha-ching?). The FDA’s War on Drugs is a failure, and we now want the federal government to regulate cannabis instead of the states? I am not a conspiracy theorist, but it seems to me there is a concerted effort to put the cannabis industry out of business. I have heard Biden say he only wants pharmacy-grade cannabis.

You can be joyful that this bill, H.R.5657 – Medical Marijuana Research Act, passed the Congress and went to the Senate. H.R. 5657 would allow facilitating clinical cannabis research whereby authorized scientists may access flowers and other products manufactured in accordance with state-approved marijuana programs. The bill also expedites approval timelines. For decades, scientists wishing to work with marijuana have complained it takes years before their research protocols are approved by the DEA, and that the quality of cannabis provided by the University of Mississippi’s cultivation program is of inferior quality.