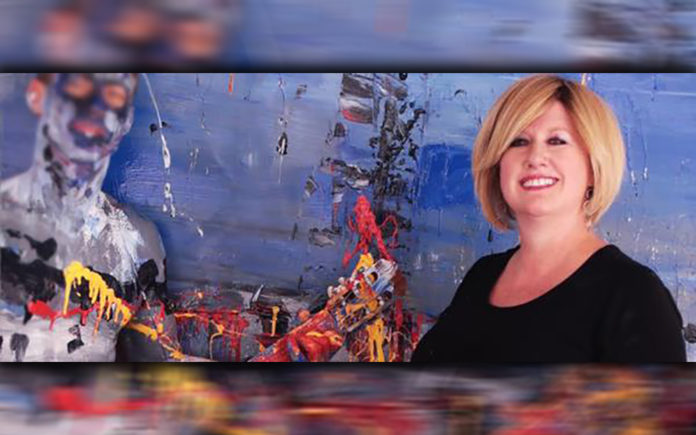 Cammy Davis is a mixed-media artist whose paintings are being featured in Rebecca Fine Art Gallery’s new exhibit, “Summer Group Show” (runs through Sept. 30, 2017). Her work has been featured at fine art galleries throughout the Northwest, and has been published in books—Ashland, Oregon and Ashland, Oregon Day Trips—and periodicals—EATT Magazine, Luxe Beat Magazine and Southern Oregon Magazine. She is also an active member of the arts community of Southern Oregon and is a founding member of the Arts Alliance of Southern Oregon. 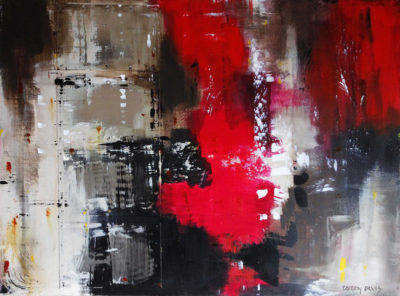 Her work is influenced by her roots in the outdoors — growing up in an Airstream near a river surrounded by woods. As a child, Davis spent her time making sword fern teepees, and treehouses from material of the land. The lifestyle was simple and creative: if she wanted something, she found a way to make it. 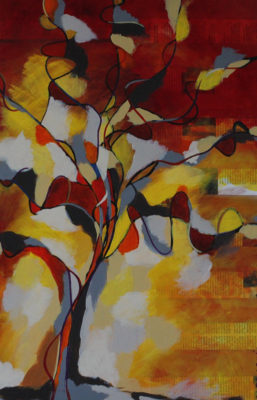 This translated to her art in later years, both in her contrasting use of natural and industrial materials, and her characteristic independence. She constructs her work from scratch. Davis combines the hands of an artist who builds her own panels, and creates her own textures, with the mind of one who conducts her own research, attempts her own experiments, and takes her own risks. To this artist, the creative process is based on a willingness to experiment and always be learning.

Davis studied Fine Art at the University of Idaho for two years, raised a family and then went back to complete her degree in Interior Design at Bellevue College in Washington. In addition to her work as a painter, and director of numerous local art festivals, she has produced art tutorial and music-art videos for her YouTube channel.