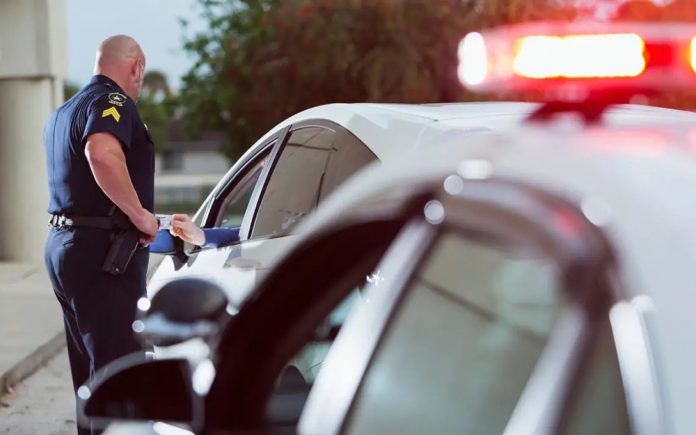 The easy answer is MAYBE. In some states Driving Under the Influence (DUI) is called (DWI) Driving While Intoxicated….or Drunk Driving. Whatever the name, before you can be found guilty, you first have to be arrested. To be arrested the officer has to first see you doing something wrong.

In other words the officer needs Probable Cause (PC) or a reason to stop you. PC is the central issue for a stop. Thus when a cop sees you driving while talking on a cell phone; texting; with a broken tail light; no current license tag or any other vehicle code violation then s/he has PC or a reason or right to stop you.

After PC to stop you, if alcohol is detected then further investigation will take place. This could involve Field Sobriety Tests, Breath Test, Blood Test etc. If the officer then sees a bag of MJ or a gun in plain sight s/he can investigate further.

The majority of drivers who have been drinking too much and are not stopped because the officer did not see them do anything wrong. In other words there was no PC to stop and they got lucky…this time.

Once they have the right to investigate, if a breath test shows the amount of alcohol is enough for a DUI arrest (i.e. .08) you are taken to the Indio Jail. Before doing so the cops will request you perform the Field Sobriety Tests such as; walk the line, finger to nose, following the officer’s finger or pen, balance tests etc.

Ironically ALL THESE FST TESTS ARE OPTIONAL. You can politely say you are willing to take any test that is mandatory and if it is optional then you OPT not to take the test. You would then request a Blood or Breath test at the station. Doing so is mandatory and failure to comply is a REFUSAL for which you will automatically lose your license for 1 year.

Most drivers confuse the fact that they only had “2 drinks”, with the issue of how much alcohol was in each drink. We know how much is in a can of beer. When a recent client swore to me he only had one drink I believed him and said the machine must have been broken.

I fortunately asked the next question “did you take a red Costco 16 oz. cup and fill it 2/3 of the way with vodka and top it off with OJ?” He responded yes. I explained that was 12 oz. of alcohol which equaled 12 drinks. He responded OH! Thus there was a reason for the very high reading.

In other words if you drink and drive and are not stopped, then as Chick Hearn would say………NO HARM NO FOUL. If you are not stopped you are the lucky one and just got away with breaking the law.

DON’T DRINK AND DRIVE OR TEXT AND GET A DUI OR ACCIDENT, CALL A TAXI OR UBER………IT IS A LOT CHEAPER THAN CALLING ME ……SO DRIVE SOBER OR GET PULLED OVER THIS SUMMER

If you have any questions regarding this column or ideas for future columns please contact Dale Gribow 760-837-7500 or dale@dalegribowlaw.com.