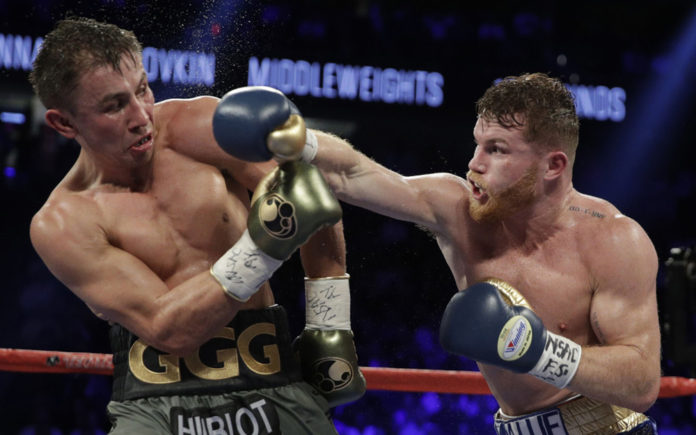 Saul “Canelo” Alvarez looked unhappy. He had just gone twelve rounds with the feared Gennady Golovkin, and the judges had ruled it… a draw. Somehow. Canelo insisted throughout the post-fight interview that he had won seven or eight rounds. Golovkin smiled in response to that assertion, which, in his mind, was patently ridiculous.

The thing is, the scorecards were wildly different. Adelaide Byrde had somehow managed to give the fight to Canelo 118-110, while the other two judges scored it 115-113 Golovkin, and Don Trella’s 114-114 for the improbable draw. This had been a very unlikely result, one that just happened to trigger the rematch clause, meaning this enormous fight, which makes the Nevada Sports Athletic Commission, or NAC, a lot of money, will be repeated. The conflict of interest is clear: the governing body also has a financial stake in the outcome.

The motive, combined with both the unlikely nature of the result and the widespread feeling Golovkin had done enough to win, was enough to trigger widespread accusations of foul play. Teddy Atlas was among those to level the charges, in this memorable rant accusing boxing at large of corruption.

He’s got a point. A national commission, with no regional stake in the outcome, would solve the conflict of interest. As it is, boxing fans are left enraged, but helpless. His comparison to gambling is also astute; fights like this in Las Vegas are betting magnets, yet there is no accountability for the judges’ decision. If you thought the NAC would see the outlines of a scandal here and make a show of stepping up, you would also be wrong. Bob Bennett, the commissioner of the NAC, instead went to bat for Adelaide Byrd.

Personalities from boxing to MMA to wrestling all aired their views that the decision was either incompetent or rigged.

The controversial split draw in Saturday’s middleweight championship bout between Canelo Alvarez and Gennady Golovkin in Las Vegas — featuring the egregious 118-110 scorecard for Alvarez by judge Adelaide Byrd — left many including Glolovkin and his fans feeling robbed by the decision.

Apparently they weren’t the only ones.

Long lines formed at Las Vegas sportsbooks after the decision with bettors looking for refunds, including one as large as $500,000 for Golovkin at the MGM Grand, according to ESPN. Those who made straight (win/lose) bets on either fighter were refunded because of the draw, unlike the wagers on the method-of-victory prop bets.

Not only were fans who bet Golovkin unhappy because they felt the disputed decision robbed them of a large payday, but Caesars Palace reported taking a six-figure loss on the draw.

“A lot of people got refunds,” Westgate SuperBook vice president Jay Kornegay said. “But thank God it wasn’t a Mayweather-McGregor draw. We’d be refunding for a week.”