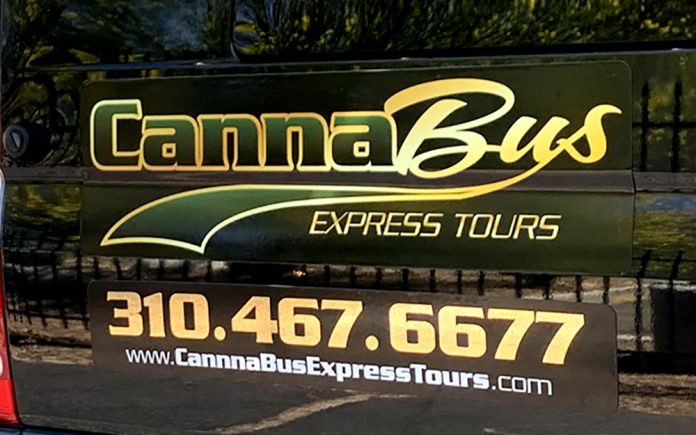 “From Root to Toot, Seed to Sale, Soil to Oil”

Cannabus Express Tours was founded in 2018 by Lynne Daniels and her partner/husband Rob Daniels and has been growing in its scope of opportunities ever since. Owners of DuPont Estate Resort in La Quinta, Lynne also has a background in the entertainment field doing marketing and promotions. It goes without saying that, if just a few years back were to tell the Daniels’ that they would somehow become a part of the ever booming and evolving cannabis industry they would never have believed you but that all changed in 2017. 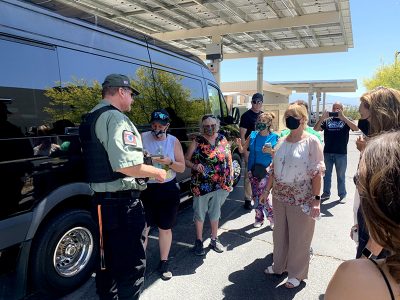 Daniels: “My dog had torn her ACL and the vet said that she had to have surgery that would require several months of recovery during which time she couldn’t do much or go to the beach. During that time I became aware of a topical THC infused product called Wild Bill’s Miracle Balm. First I had my husband use it on a wrist injury that was bothering him and sure enough, it worked! After that, I started applying it to my dog’s injured knee and in 2 weeks she was back on the beach! She is 14 years old now and never required surgery.”

Daniels continues: “Later on, my mother who at the time was in her late 80s was having hip problems but, due to the fact that she had congestive heart failure was not able to get corrective surgery because she could not be put under anesthesia. And we all know that painkillers have side-effects so I started having her apply Wild Bill’s Miracle Balm 3 times per day and the effects were pretty miraculous.”

Daniels continues: “All this was happening around the time that I was turning 60 and really sort of wanted to reinvent myself after so many years working in marketing and PR, I felt like I really had something to offer and asked myself, “How can I get involved?”

At that point, one of the Daniels’ employees through their resort had the idea of them using their beautiful, Mercedes Sprinter limo/van for cannabis tours and realizing that the Coachella Valley is becoming the, “Silicon Valley of the cannabis industry,” Lynne was inspired and started to focus her energy on reaching out and making contacts with as many local businesses as possible to learn about and cover as many aspects of the cannabis field as possible. 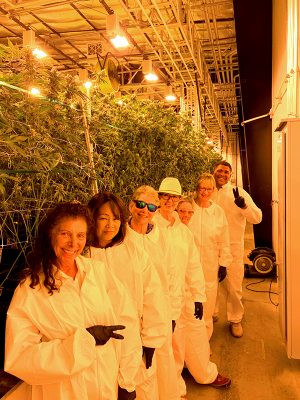 I was pleased to have the opportunity to go on one of the Cannabus Express tours recently and just as Lynne intended it was, “Educational, exclusive and entertaining. The group who ranged in ages between their 20s and their 60s all met outside the 420 Bank & Lounge in Downtown Palm Springs where they have the opportunity to purchase and partake in product before the tour if they wish as there is no actual smoking on the Cannabus for legal reasons.

Interestingly enough, very few of the tour attendees were smokers of the plant itself. Many of them were more interested in edibles or even forms of extraction to make balms and tinctures. The great part about the evolution of this industry over the past years since legalization in California is that there seems to be something for everyone these days and when you have the opportunity to get educated on this miraculous plant and the vast varieties of ways that have been developed to use it there really does seem to be something for everyone.

From 420 Bank & Lounge we boarded the van that was cool, comfy and stocked with snacks and water bottles, and headed to our first destination in Desert Hot Springs which was the impressively gigantic growing facility for Canndescent which is considered a premium cannabis cultivator. Keep in mind that, even if you know where these facilities are, one cannot simply call or show up asking for a tour. These are highly secure facilities and the exclusivity of these tours is apparent. At Canndescent we were met by a site manager who took us around to see the process of growth and cultivation from start to finish.

From the Canndescent facility we went to We Care, which is a facility in Cathedral City that works on the extra scientific aspect of the tour. At We Care they do things like test the strength and potency of strains, extract essential ingredients of the plants for balms and tinctures, manufacture infused joints and more. This part of the tour was especially intriguing because one could never imagine the type of epic looking equipment that is required for what it is that they do. Any fan of breaking bad can imagine the type of laboratory I’m trying to describe. 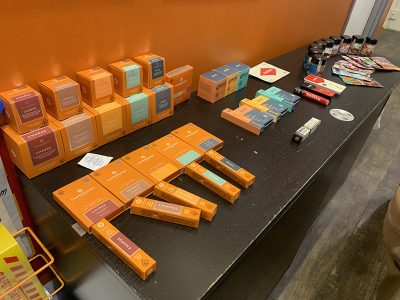 After that we concluded the 3 hour tour before heading back to the 420 Bank  and Lounge at The Vault Dispensary and Smoking Lounge where attendees can ask more questions, make purchases and take a few minutes to partake if they are so inclined to do so.

The neat thing about Cannabus Express Tours is that between the fact that there are so many businesses involving cannabis throughout the Coachella Valley and the extensive connections that Lynne Daniels has made to make these tours possible, you can go on a Cannabus tour multiple times and never hit the same location twice. Whether you consider yourself an expert, a novice or are just curious…I highly recommend this gem of a tour.

To book a tour go to CannabusExpressTours.com. Check them out on IG and FB@cannabusexpresstours.