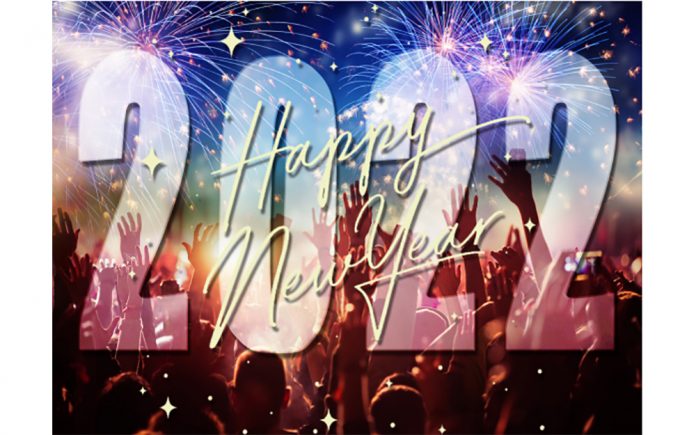 It seems like 2021 has passed by in the blink of an eye, but now is the time to get 2022 off to a fun start with these New Year’s Eve celebrations right here in the Coachella Valley. From dinners to entertainment, it will be a night to remember and a whole year to look forward to in the desert.

Marvyn’s Magic Theater – Host Jeff Hobson and a special guest will be presenting a New Year’s Eve show at Marvyn’s Magic Theater in La Quinta. Festivities begin at 6 p.m and all ticketed guests at this event will receive complimentary party favors and a champagne toast. Jeff Hobson has been seen on NBC’s The Illusionists Prime-time special, HBO, Showtime’s Comedy Club Network, Fox Family’s Masters of Illusion, NBC’s World’s Greatest Magic as well as the star of Thames Television’s Magic Comedy Strip—a 16-week television series in England and the top-rated U.K.’s iTV with The Illusionists – Live from Broadway. To purchase tickets, visit marvynsmagictheater.com.

5th Annual “Drag Me to 2022” at The Saguaro – The Saguaro in Palm Springs will be presenting its 5th annual “Drag Me to2022” disco gala on New Year’s Eve from 8 p.m. to 1 a.m. It will be a one-of-a-kind New Year’s Eve soirée filled with comedy and disco with plenty of holiday surprises and treats, hosted by Miss Rusty Waters. General Admission includes complimentary buffet style light bites, a complimentary champagne toast at midnight, cash bar drink specials, and live entertainment. The cost for this 21 and over event is 75 dollars per ticket plus tax and fees. VIP tickets include access to the VIP lounge on SagoTerrace, and a private hosted beer, wine, and champagne bar at 150 dollars per ticket. Visit thesaguaro.com for tickets.

Chef George’s Picasso Lounge – Chef George’s Picasso Lounge in Bermuda Dunes has been open since 2003, serving delicious Hungarian and Italian food to patrons with five-star entertainment. This New Year’s Eve, Chef George’s will be hosting a special dinner to mark the occasion, from 7 p.m. to 12 p.m. Four and a half hours of show-stopping entertainment will be provided, featuring Jimmy Street, Darci Daniels. and Michael D’Angelo. A three-course meal will be served, including a salad, a main course of steak, white fish, or chicken marsala, and dessert.The event will end with a champagne celebration at midnight. Admission is $79.95 and guests must make reservations by calling 760-200-1768.

The Four Twenty Bank New Year’s Eve Party – The Four Twenty Bank Dispensary and Lounge will be hosting the only free New Year’s Eve Party in Palm Springs this year, with no cover charge. The event will feature The No BS as musical guests and starts at 6 p.m. Come join the party filled with food, fun, giveaways, and specials while you dance the night away. Free tickets can be found at eventbrite.com.

Palm Canyon Road House – The 14th annual New Year’s Eve Bash at the world famous Palm Canyon Roadhouse in Palm Springs will ring in 2022 in style on December 31 at 7 p.m. Entertainment will be provided by The Toyz. You will not want to miss this outrageous party, including party favors and a champagne toast at midnight. Tickets are 20 dollars in advance at the bar and at eventbrite.com. The cost for entry at the door is 25 dollars with no refunds. For more information, call 760-327-4080.

Agua Caliente Casinos – There will be three celebrations held across the Agua Caliente Casinos in Rancho Mirage, Cathedral City, and Palm Springs. The Dance Party at The Show in Rancho Mirage will feature music from DJ BOBA and begin at 8 p.m. General admission tickets are priced at 40 dollars and all attendees must be 21 and older. Agua Caliente Palm Springs will be hosting a New Year’s Eve Block Party from 8 p.m. to 12:30 a.m. Entry only tickets are 20 dollars in advance and 25 on the day of the event. VIP access tickets are 85 dollars in advance and 100 dollars the day of the event, which includes VIP Access to the Outdoor Lounge Area and two complimentary cocktail tickets. The Palm Springs Block Party will feature midnight fireworks to welcome the New Year, iconic look-alikes, food trucks and booths, an outdoor bar garden and live entertainment and dancing. In Cathedral City, a Party Under The Stars will take place at 7 p.m. Music will be provided by DJ Citizen Jane, DJ Femme A, and DJ Sugar Free. Guests are invited to dance under the stars in the outdoor venue and welcome in the New Year with live entertainment, outdoor bars and food trucks. Entry is 20 dollars plus 22 dollars in Free Play.

Spotlight 29 Casino – Kick off 2022 in the best way possible by attending the Coachella Crossroads New Year’s Eve show at Spotlight 29 Casino. Looking to be a can’t-miss performance, the Coachella Day One 22’ NYE concert event will feature headliners like Lil Wayne and Diesel aka Shaquille O’Neal, and special guests E-40 and Getter starting at 8 p.m. Tickets are still on sale for this star-studded experience, available for purchase on ticketmaster.com and ranging between 99 and 250 dollars.

Bubba’s Bones & Brews – Bring in the new year with a 12 a.m. cash drop at the Coachella Valley’s hottest New Year’s party at Bubba’s Bones & Brews located in the heart of downtown Palm Desert. The event will have live performances by Banko, Jaelyn, Joy Road, Mike Lavish, and Spaceboyuno, as well as DJ sets by The Deep Ones, Dustin Taylor Peery, and hosted by JPatron. There will be five dollar drink specials and delicious food with VIP tables on a first come, first serve basis. Call now to reserve a VIP booth at 760-837-3900. This event is 21and over and attendees must have a valid photo ID to enter. There is free entry with absolutely no cover charge.

The Purple Room Palm Springs – Enjoy the finer things this New Year’s Eve at the swank nightclub where Frank Sinatra and the Rat Pack hung out, The Purple Room Palm Springs. This event offers three-separate seatings featuring live jazz and a three-course dinner. Guests can choose between 5 or 7:30 p.m. with singer Rose Mallett or 10 p.m. with Sharon Sills at the mic. There will be party favors and a champagne toast at midnight as well.