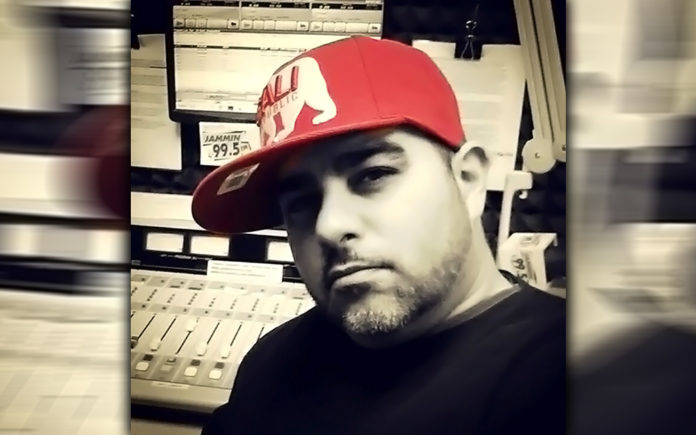 Growing up in Long Beach, California and moving to the Coachella Valley in 1982 at the age of 12, Chase Martinez first learned how to operate a pair of turntables before he learned to drive.

Growing up in the 80’s, Martinez was heavy into Old School, Funk and artists like Zapp & Roger, The Gap Band and Michael Jackson. It’s his love for these genres of music and how he delivers them to listeners that likely earned him the 2019 CVMA for ‘Best Radio/DJ Personality’.

As an on-air personality at Marker Broadcasting’s Jammin’ 99.5, he provides listeners an old school and throwback drive home.

Coachella Valley Weekly checked in with Martinez as he continues to bask in the glow of his CVMA.

CVW: Where were you and how did you feel after you found out you had won for ‘Best Radio/DJ Personality’?

Martinez: “I couldn’t believe I had won! I was actually doing promotional duties for Marker Broadcasting’s ‘Rock N’ Roll Bingo’ and the host was getting text messages on who the winners were and when he found out, he got on the microphone and announced it to everyone that was attending the event that I had won. What a surprise!”

CVW: You have been at your radio station for several years now. Tell us a bit about your time at Jammin’ 99.5.

Martinez: “I’ve been with Jammin’ 99.5 since October 2012 and am on-the-air in the afternoons from 3 to 7 p.m. I also merge the logs, set up the new sweepers, a short, pre-recorded sample used as segues between songs, and music that gets added in.” 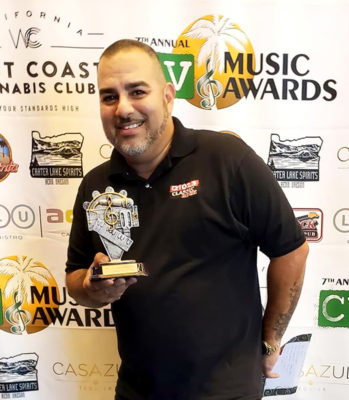 CVW: What have been your biggest successes and challenges during your radio career?

Martinez: “I think one of my biggest successes is winning this CVMA for ‘Best Radio/DJ Personality’. Some challenges are competing against all the other great radio personalities in the Coachella Valley.”

CVW: You were a DJ for many years. What are the parallels between Radio DJ and “spinning DJ”?

Martinez: “When I first got into DJing as a spinning DJ I also wanted to learn all aspects of DJing, mobile, radio, strip club, etc. But radio is way different because you’re not actually mixing and you don’t pick the music, it’s already programmed for you by program directors.”

CVW: You also work as a producer outside of the radio business. What are you up to in that realm?

Martinez: “I just stay on my toes with all the new music that’s coming out, so I dabble with keyboards, drum machines, and DAW software like Pro Tools, Studio One and Logic Pro at my personal recording studio to create new sounds.”

CVW: When can listeners tune in to the Chase Martinez show?

Martinez: “I’m on the air Monday through Friday 3 p.m. to 7 p.m. and at Agua Caliente Casino for Flashback Fridays every Friday night at 9 p.m. in the Cascade Lounge.”

CVW: Who was helpful to you in advancing your skill set and being a positive influence. What do you hope to provide for up and coming DJs?

Martinez: “DJ Michael Wright was an influence for me when I started listening to him on POWER 101 back in 1985. I hope I can also be an influence on the next generation of DJs wanting to learn all aspects of DJing like I did.”

CVW: Where will we find you hanging out or grubbing when you’re not at the station?

Martinez: “You can find me at NYPD Pizza in Palm Springs eating a meatball and pineapple pie or hanging out at my studio eating BBQ ribs and drinking Modelos with my best friend DJ Ben Knight.”

CVW: You’re also a part of The Blockheads, a biking club out of Indio. Tell us what the club is about.

Martinez: “We’re just a bunch of BMXers from back in the day that love the BMX scene. It brings everyone together to do something fun and active. It also gets the kids off video games.”

CVW: You have an opportunity to influence our younger generation with your position and new title as ‘Best Radio/DJ Personality’. What message would you like to send to them?

Martinez: “To the youngsters starting out; don’t ever stop! Always keep learning and be patient. Things always fall into place at the right time.”