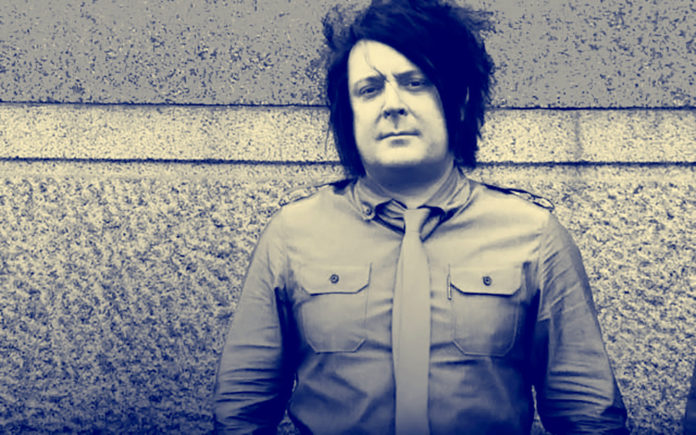 Probably best known as the drummer for American Desert Rock band Fatso Jetson, Tony Tornay has a storied history within the desert rock landscape. Although he and his wife Melissa transplanted themselves to Los Angeles in 1998, he continues to possess a significant space in his heart for the desert. In addition to Fatso Jetson he was in bands like M.O.S., Ink Cause, Solarfeast, Desert Sessions, The Chuck Dukowski Sextet, Deep Dark Robot, Brant Bjork and Adolescents. For many admiring artists and fans, his work with Mario Lalli and Fatso Jetson was what inspired the broad perspective that desert rock deserved.

To this day, Lalli and Tornay have a special bond. Tornay shared, “Boom and I have been musical partners for over 25 years. Before I started a band with him in 1994, I had looked up to him and been inspired by him for 10 or so years. Boomer was one of the first people that, as a young kid, made music real and approachable. Mario’s influence is immeasurable. It just is.” That influence even led to Father Boomer making his debut. “My wife and I had him ordained as a minister so he could marry us. Boomer is one of my dearest friends and a constant source of inspiration,” Tornay maintained.

Early on, Tornay followed the example of his father and began drumming at age 5. “My pops was a drummer. He was in a band called The Premiers back in Philadelphia in the early ’60s where he grew up. I started tapping on the kitchen table while I was waiting for dinner and my mom looked at my dad and said, ‘maybe it’s time to pull out your drums.’ I’ve been banging on things ever since,” Tornay explained.

He and his family moved to the desert on July 4th, 1980 when he was seven years old. Tornay’s parents still live in the same house since 1981 and his in-laws still live in Palm Desert.

After establishing himself as a premiere desert musician through the 90’s he decided to move away to Los Angeles to attend art school and pursue music full time. Tornay recalled, “At the time I didn’t necessarily want to leave, but I just didn’t see any other option for the things I wanted to do.” No one can blame him for leaving for at that time the desert was still an environment that artists found a difficult time flourishing in. The artist in Tornay then expanded to the visual arts.

Tornay was also a professional photographer for years after graduating from the Art Center School of Design. He recounted, “At some point music was keeping me way too busy to keep up with photography. But yeah, I used to shoot a lot for Rolling Stone, Spin, MCA Records, Universal and Desert Magazine. I have photographed everyone from Queens of the Stone Age, Flavor Flav, Zac Ephron, Brad Pitt and Betty Ford. I still love photography and I miss the collaboration between photographer and subject. It has been an intention of mine to start shooting a lot more than I have been. I spend a lot of my time on tour and I really want to start each tour with a theme or a real ‘objective’ photographically and spend the whole trip just capturing those images. Whether it’s portraits or just documenting the day to day life. I really miss that.”

We’ve had conversations in the last few years with groundbreakers like John Garcia, Jesse Hughes, Scott Reeder and Herb Lineau about the common theme of allowing the past to remain in the past and to not unnecessarily wax nostalgic. Tornay feels the same. “I am, by nature, pretty nostalgic. Not in a ‘those were the best days of my life’ type of way. I have no interest in repeating the past, I already did that. It’s more of a ‘that was a lot of fun, or I can’t believe we pulled that off’ kinda thing.” Tornay looks fondly on the time gone by and it remains there.

Tornay does feel that the desert lifestyle shaped him as a person and as a musician. “It affected me tremendously. Being a little skateboarding, punk rocker in the desert wasn’t the easiest pursuit. But, for me, all the limitations and hurdles only solidified my resolve. I am stubborn like that,” Tornay insisted.

Tornay reminded us that during the early 90’s the desert was a desolate place for hungry musicians. “You have to remember that back in the day there weren’t any clubs to play, there weren’t these world-class festivals in your backyard. Those of us that wanted to play music had to work it out for ourselves. If we wanted to play a show, we had to figure that out, too. Those lessons and the spirit we all had to make sure something was happening sticks with me to this day.” That fire in his belly continues to burn for his band All Souls. The band recently completed a string of dates as the opening act for rock legends Tool.

Despite his excitement, Tornay was a little leery of the hypercritical Tool fanatic. “I wasn’t sure how receptive they would be. Tool hasn’t been super active for a while; they are about to release their first album in over a decade. I was expecting their fans to want to get right to the main event, but goddamn, they were pretty great and super receptive! We got standing ovations every night at the end of our set! After the first show our sound guy told us he was a little nervous about how things would go, but after our first song the arena erupted in applause and he said, ‘at that moment I knew everything would be just fine!’” It was better than fine.

All Souls played to thousands of rock fans each night and in all probability expanded their own fan base ten-fold. Tornay agreed, “It was a million times better than I expected. The band and their entire crew were the nicest, most welcoming group of people that any band could hope to travel with.” 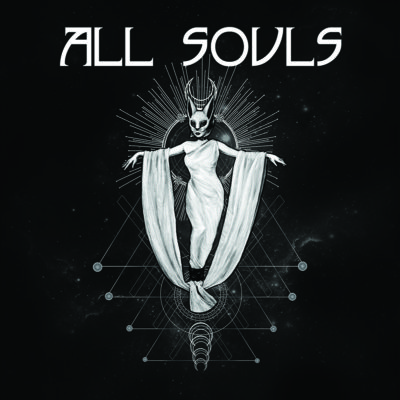 The last time All Souls played the desert was 2017 and Tornay is looking forward to performing at The Hood once again. “I’m excited. I think we are a great band and I am always happy to be playing!”

The relationships Tornay has established with his All Souls bandmates are based on reciprocal benevolence. “We’ve all been friends for years. Erik’s old band played JB’s Thirsty Bull in Palm Desert back in the early ’90s! We all love this band; we are like four parents to one child. We do our best to push ourselves and each other to keep making art that fulfills us.”

Tornay and Co. are currently working on the new All Souls album. Tornay shared, “We want to push ourselves. To continue to grow. To make ourselves proud.” If their first album is any indication, look for an impressive and fiery set of rock songs that supersede anyone’s expectations.