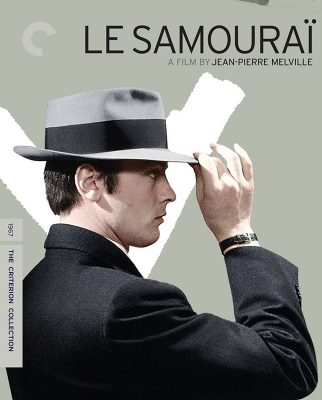 This hugely influential film established Melville’s reputation as a master practitioner of a cool, austere and restrained look that was much copied by so-called new-wave filmmakers of the time.

The plot has hit man Jef Costello a (perfectly cast Alain Delon) going through an elaborate set of rituals before carrying out a hit on a nightclub owner.

Always meticulous and cool when on the job, Costello is disconcerted when he discovers a witness to the killing: the club’s female piano player. However, before he can act, the police arrest him in a sweep of suspects.  But after a line-up, he’s released when the main witness won’t come forward, Costello goes from being the hunter to the hunted, trailed by the determined police as well as his crime bosses.

Melville’s stark and stylish film was a major influence in Hollywood.  It combined stylish direction, a smart script, top-notch performances, and an almost palpable atmosphere into a singularly tense and engaging thriller. 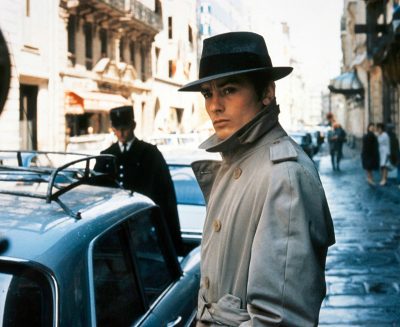 Melville’s style is haunting and elegantly spare – a perfect match for Delon’s, icy and smoldering hit man who lives in near silence, in mostly bare and colorless surroundings that only reinforces the mesmerizing, otherworldly beauty and grace of Delon and his dangerous world. 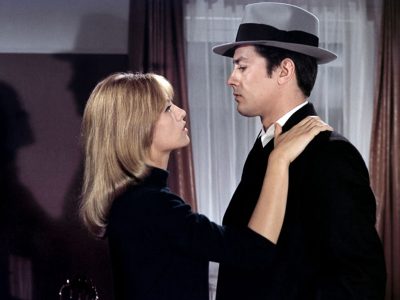 The great looking edition or this much-lauded 1967 French crime classic is one for the home library.  Criterion.  Blu-ray.

I want to hear from you What are you watching at home or in a theater?  Stay safe and masked  if you go out.  Our area is a hot spot for the Covid variations and the highly contagious Monkeypox.