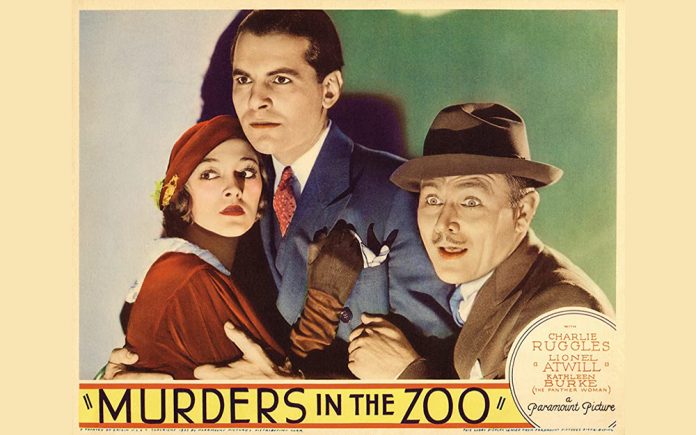 It isn’t often that a vintage movie of the pre-code era is so much fun that it survives in spite of the copious amounts of stock footage and awkward attempts at comic relief.

Maybe it’s the startling frankness about sex and violence.  The movie opens with a disturbing scene of singularly nasty torture and it’s very sympathetic heroine is a unrepentant serial adultress.

Perhaps the main clue to the film’s survival and contemporary popularity is Lionel Atwill’s Vincent Price-like portrayal of Eric Gorman, the millionaire adventurer who searches the world for dangerous game while his bored, beautiful and much younger wife (Kathleen Burke) amuses herself in the arms of other men! 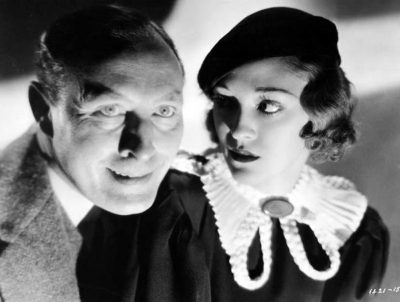 Dr. Eric Gorman (a terrific Lionel Atwill) is a millionaire adventurer, traveling the world in search of dangerous game. While his bored, beautiful, much younger wife Evelyn (Kathleen Burke) entertains herself in the arms of other men.

So in turn, Gorman proposes a fundraising gala for the NYC zoo as a cover so he can use his animals to kill these men and anyone who might cross him.

When Evelyn learns of this and tells her husband she will turn him in to the law, he throws her into an alligator pond where she is devoured.  He feigns innocence but Dr. Woodford (Randolph Scott), who works at the zoo, learns the truth and tells the police. 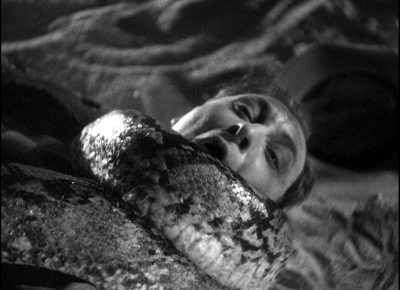 Fleeing the lawmen, Gorman frees his big cats from their cages.  One of the beasts chases him into a boa constrictor’s cage where the reptile squeezes him to death.

If you love old movies, this macabre and disturbing tale of an insanely jealous zoologist is hugely impressive and satisfying. Director Richard Sutherland delivers a chilling and funny yet rousing gem that’s a sure bet for a surprisingly good time.

From Paramount Pictures, Available for streaming (Youtube) and/or purchase.  Recommended.