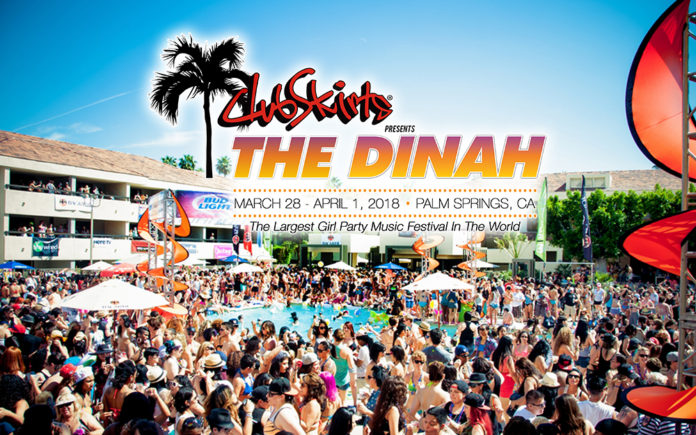 TEAMING UP WITH OUTFEST, TELLO FILMS & REVRY THE DINAH SETS TO PUSH THE ENVELOPE FORWARD FOR FEMALE PERCEPTIBILITY IN ENTERTAINMENT

For many, The Dinah is an annual tradition between friends; for others it is a bucket-list goal, a pilgrimage to our very own Mecca that every queer woman should make at least once in her life. No matter what the impetus for attending is, The Dinah is for all a unique opportunity to experience one of the most bonding, liberating and transforming festival ever in the spirit of sisterhood and community.

No other event in the world embodies the essence of woman empowerment like The Dinah does. Standing strong and proud as one of the largest and longest running party & music festival for queer women in the world, The Dinah – celebrating its 28th anniversary (March 28 – April 1, 2018) – continues to affirm its unwavering commitment to focus on the power of women to create big and lasting change.

Leading the way and making a difference for both the LGBTQ community and women in general, The Dinah is cranking up the volume on its commitment to elevate women’s voices and push forth its enduring message of female equality. 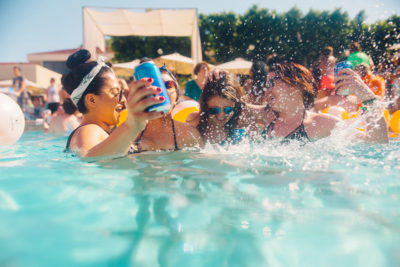 Putting passion into action, The Dinah is proud to be an active community collaborator teaming up with some of the top LGBTQ players in Arts & Entertainment to help promote and raise women’s visibility in films/TV & on the web, whether in front and/or behind the camera.

There is so much talk about the gender inequality in films and how we need more female filmmakers, writers and actors; now The Dinah is helping several institutions do something about it.

Outfest (the Los Angeles LGBTQ film Festival), Tello Films (the first lesbian network producing and distributing high quality web series with a lesbian focus) and Revry (the LGBTQ digital streaming platform dedicated to showcasing the queer experience with a strong emphasis on transgender stories) are dedicated to advancing professional achievement for women working in all areas of film, video, and other screen-based media.

These groundbreaking pioneers in the LGBTQ entertainment industry will have high presence at the Dinah and be actively engaged with the audience through a series of special events including surprise performances and radio podcasts. They will host exclusive meet & greets giving Dinah attendees a chance to rub elbows with the stars behind a slew of unique and original LGBTQ films and programs in an effort to raise visibility.

“Throughout my thirty-year career, whether as a club promoter or as the producer of the world’s largest internationally renowned event, I have supported film in its many incarnations as often as I can.  Our diverse and poignant stories must be told.  Allowing the world to see an inside view of our beautiful and often challenging LGBTQ lives is one of the best ways we can break barriers, create equality and live in a more tolerant and compassionate world.  Our stories connect us through our shared humanity and in a sense celebrate what binds us rather than what divides us,” said Mariah Hanson, founder and producer of the Dinah.

In addition, Outfest will present a celebrity-studded cocktail reception Saturday night, which will feature some of their famed female filmmakers and talent.

All three institutions will have a booth throughout the entire duration of the Dinah so customers can get acquainted with their services and hopefully consider giving their support with a membership.

“Each year we look forward to the Dinah.  Mariah and her team have always been so supportive of tello and our mission to make content for the community.  This is one of the highlights of our year, a time when we can come together and be our authentic self among friends and like-minded people.  We are excited to be back with the cast and creatives from our most popular series,” comments Christin Baker, CEO of Tello Films.

Outfest, Revry and Tello are all on track with the Dinah’s dedication to being both a resource and an advocate for the value of diversity and inclusion.  It’s all about the empowering effect of sharing stories.

Mariah Hanson, the mastermind behind the legendary world-class destination event, is herself not just shaking things up but changing the game too.

An exemplary community leader, she’s single-handedly revolutionized her industry, overturned tradition and raised the bar on female achievement with an event that is entirely produced by women, for women. 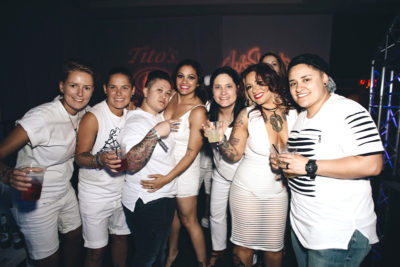 Her fearless entrepreneurial spirit and keen business acumen in executing her vision have earned her the first ever Legacy Award at the 5th Annual Center Stage Gala; the 2015 NCLR Award; the 2014 Spirit of Stonewall Lifetime Achievement Award; and the 2013 Athena Leadership Award.

Today the Dinah is not just about lesbians, it’s about WOMEN – an event celebrating the tapestry of women who come from all over the world to simply be themselves.

Club Skirts Dinah Shore Weekend is readying to deliver another roof-raising celebration and is already anticipating a jaw-dropping turnout.

For more information go to: www.thedinah.com