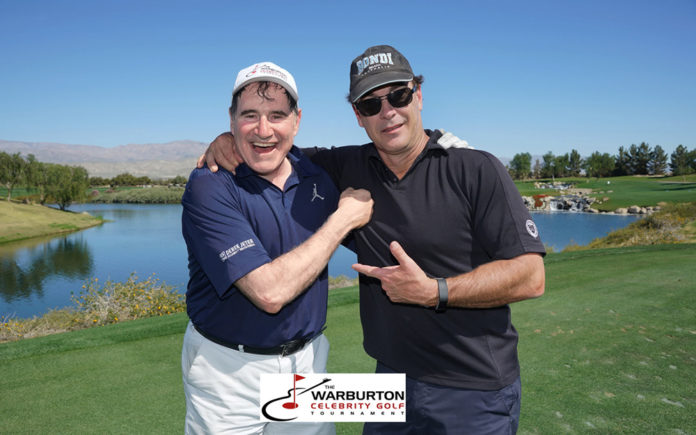 More than 75 Celebrities Coming to the Desert to Raise Funds for St. Jude Children’s Research Hospital®

The eighth annual Warburton Celebrity Golf Tournament will return to the desert from March 1-4, 2018, bringing in more than 75 stars, songwriters and rock legends for a weekend of golf and one-of-a-kind music events – along with a race day at the BMW Performance Center.

The event has grown to become “St. Jude Week in the Desert,” all to benefit St. Jude Children’s Research Hospital®, which is leading the way the world understands, treats and defeats childhood cancer and other life-threatening diseases. The tournament and most of its events will be held at JW Marriott Desert Springs and Classic Club in Palm Desert.

Tournament host, actor Patrick Warburton, perhaps best known for playing Puddy on Seinfeld as well as the star of the syndicated sitcom Rules of Engagement, the voice of Joe on Family Guy and numerous movie roles in movies like Ted and Ted 2, The Tick, Disney’s The Emperor’s New Groove and Planes: Fire & Rescue, and DreamWorks’ Mr. Peabody & Sherman, brings together many of his celebrity friends to highlight a star-studded weekend in the desert raising much-needed funds for kids battling pediatric cancer and other life-threatening diseases. Warburton can now be seen on Netflix’s top-rated Lemony Snicket’s A Series of Unfortunate Events – where he plays narrator Snicket and co-stars with Neil Patrick Harris. 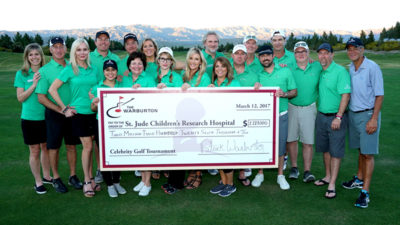 Children from all 50 states, including California, and around the world receive care at St. Jude Children’s Research Hospital in Memphis, Tennessee. St. Jude also freely shares the breakthroughs it makes, so doctors and scientists worldwide can use that knowledge to save thousands more children.

The week will kick off with the inaugural Warburton Telethon – brought to the tournament Board by Alpha Media’s David Nola. I will run from 6:00 a.m. to 7:00 p.m. on 6 of the local Alpha Media radio stations.

Celebrities will begin arriving on Thursday, March 1, for Songwriters Night – which will be held at the JW Marriott Desert Springs at 5:30 p.m. for dinner with the show starting at 7 p.m. This will be an evening with a group of renowned Nashville songwriters telling the stories behind their biggest hits, along with performing those hits. New songwriters this year include Jimmy Yeary, who wrote Rascal Flatts’ number 1 single “Why Wait,” Martina McBride’s “I’m Gonna Love You Through It,” and Lee Brice’s “I Drive Your Truck” among many others. He has also sung lead for Shenandoah and The Isaacs. Also new this year is Jessi Alexander, a songwriter with many Number #1 hits who has had songs recorded by Patty Loveless, Trisha Yearwood and Little Big Town. Alexander co-wrote Miley Cyrus’ single “The Climb” for the 2009 film Hannah Montana: The Movie and also co-wrote Lee Brice’s “I Drive Your Truck,” along with Blake Shelton’s “Drink on It” and “Mine Would Be You.” Other Songwriters Night favorites scheduled to return include Tim Nichols, who wrote Tim McGraw’s iconic #1 hit, “Live Like You Were Dying” and Jo Dee Messina’s “Heads Carolina, Tails California;” and Kelley Lovelace, writer of the smash hit “All-American Girl” performed by Carrie Underwood as well as huge Brad Paisley hits like “Ticks,” “I’m Still a Guy” and “Camouflage.” The event will be hosted by HLN morning news anchor, Robin Meade. Tickets are $100 and include dinner.

On Friday, The Rush will be a race event limited to 100 people. The BMW Performance Driving Center West in Thermal will host a day filled with a celebrity race and driving experiences for participants beginning at 10:30 a.m. and wrapping up at 4:00 p.m. Drivers will have the opportunity to do timed autocross, drag racing and performance driving while receiving tips an instruction from a BMW professional driver. Cost is $475 per driver and includes lunch.

Friday night’s Rheneypalooza Jam – named for event co-founder and Board Chairman, Clarke Rheney – has generated a lot of buzz as “the best event in the desert” and sold out the past few years because of its unique line-up of Rock-and-Roll Hall of Famers and other famous rock legends who perform some of their hits in what becomes essentially a 4+ hour rock-and-roll variety show. New performers scheduled to appear this year include Steve Augeri (former lead singer of Journey), Richard Marx, Kevin Griffin, (Better Than Ezra), Richard Page (Mister Mister), Jason Scheff (Chicago) and Emerson Hart (Tonic). Fan favorites who are returning are Wally Palmer (The Romantics), Wayne Nelson (Little River Band), John Elefante (former lead singer of Kansas), Skunk Baxter (Steely Dan & The Doobie Brothers), Tom Johnston (The Doobie Brothers), Mickey Thomas (Starship), Mike Mills (R.E.M.) and Robin Meade (Headline News anchor, “Morning Express with Robin Meade”). There will also be two unannounced surprise guests. Celebrity Jam Session tickets can be purchased for $200. 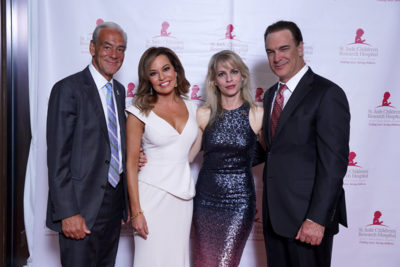 “We keep hearing there is no event like this in the desert, which is why it sells out earlier and earlier each year. It’s the perfect blend of celebrities, musicians, golf and unique events that aren’t duplicated in way out here,” said Clarke Rheney, Tournament Chairman and St. Jude’s 2017 National Volunteer of the Year. “We have rock and roll legends, actors and sports heroes who use their star power for good, mingling with fans and doing their part to raise money and awareness for the kids of St. Jude Children’s Research Hospital.”

The Saturday Soiree will feature red carpet appearances that evening by many of the celebrities involved with the tournament, as well as a dinner and dancing to music by the band, Sixwire, the featured band from the television show, Nashville. Tickets for the Saturday Soiree are $300.

It will cost nearly $1 billion this year to run St. Jude, and 75 percent of the funding comes from the public. Thanks to events like the Warburton Celebrity Golf Tournament, families never receive a bill from St. Jude for treatment, travel, housing or food – because all a family should worry about is helping their child live.

The Warburton is the top highest grossing golf tournament for St. Jude nationwide, and surpassed its goal yet again last year – raising $2,227,000. Since its inception, The Warburton has raised $7,300,000 for St. Jude Children’s Research Hospital in its seven years of existence.

For more information or to purchase tickets, visit thewarburton.com.