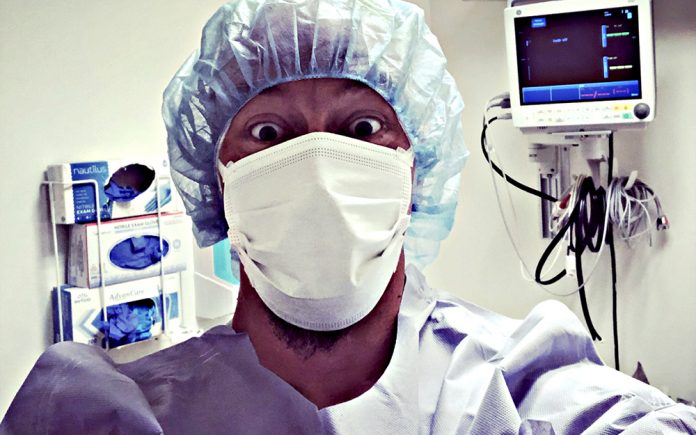 You know, sometimes folks…When it rains it pours. And at those times when dark clouds are accumulating over our lives, it sure is great to…as the Beatles said, “Have a Little Help from friends.” So when beloved local musician, recording studio owner/music producer and charity organizer, Brian “Puke” Parnell found himself falling on difficult times, his tight-knit group of local musician friends got to work organizing a way to help him keep his head above water. The consensus in this decision was extremely easy considering what Brian has done for others in his community.

Seattle born, So-Cal raised guitarist and frontman for metal band, Throw the Goat is also the founder and CEO of Regurgitation Records and was able to within the past year, fulfill his dream of being able to open his own recording studio/venue in a coveted space in the heart of downtown Idyllwild which has been his homebase for the bulk of the past decade except for a couple of years he spent living and working in the UK.

Other than his work touring and performing as the guitarist/frontman for one of my absolute favorite bands, Throw the Goat, he has made a name for himself by conceiving of and spearheading what has become an extremely fun and successful festival called, “Idyllwild Strong” that benefits victims from the forest fires that have devastated the lives and properties of so many over the past several years.

Unfortunately for Parnell, the past several months have been a lot for anyone to deal with, starting with flood damage to his beloved and recently acquired recording studio and rehearsal space, Audiowild Studios. 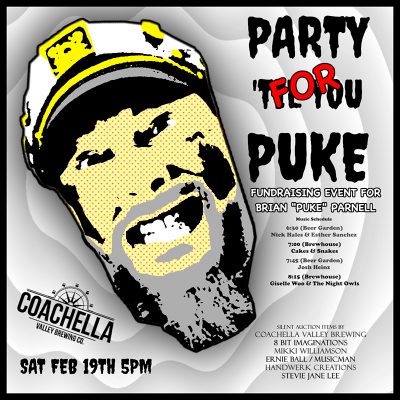 Parnell: “I had been eyeing this spot in the middle of town called, ‘The Center for Spiritual Living’ that was basically a church so they already had the stage and all that so it was a perfect place for me to acquire. It was late 2020 when I started going back to work as a chef in Idyllwild which is something that I have done on and off since I was 16. That’s when I started having weird health problems and it occured to me that it might be a good idea to start pursuing my dreams instead of just punching a timecard for somebody else. That’s when I started looking around online and found out that the church space in the courtyard was available, so I reached out to the landlord, fully expecting to be rejected. I figured that the idea of a recording studio with the possible noise levels and dirty musicians coming and going at all hours might not be something they were interested in. But surprisingly, they were cool with the idea. I was able to put the money together with some generous friends whom I was thankfully able to pay back.”

Parnell continues: “Things were going really well. Between last July and December we were able to have around a half-dozen shows there. Then all of the sudden there was an unfortunate flood caused by a faulty plumbing situation from an upstairs business that ended up raining from my ceiling into the studio deeming it unusable until fixed which means I am unable to generate income from the studio until it’s fixed.”

CVW: “So that leads us to the health situation that you are currently going through.”

Parnell: “The health issues I started having in late 2020 lead me to Eisenhower ER in early 2021 because a lot of what I was hearing was alluding to the possibility that I might be having some kind of seizure activity. Particularly in my sleep. Originally they thought I was some sort of drug addict and they put me through their battery of screenings and I came out clean so they tried a bunch of other tests and scans that came up with nothing. That led them to referring me to a neurologist that referred me to a cardiologist. That’s when things started to make sense. The condition I was finally diagnosed which is called, “Bradycardia”

Parnell continues: “Basically that means that my heart beats too slowly. They established this diagnosis after implanting a monitor over a period of time that established the fact that my heart has a tendency to literally stop periodically from time to time. There is no medication to safely deal with it so the best remedy available is to have a pacemaker implanted which is what I did and am currently recovering from.”

Parnell is now temporarily unable to work at his chef job due to the physical restraints. In addition, he is unable to utilize his studio space for income until repairs are completed which won’t be for several weeks or even months. Meanwhile, bills are piling up….So after continued encouragement from a few of his buddies, Parnell started a fundraiser on Facebook only asking for what he calculated as his bare minimum expenses for a conservative amount of time. Less than $3000. Well, some of his friends in the local music community thought…”Hey, we can do better than that. Especially for a guy who, through his own blood sweat and tears has been able to help so many others. That leads us to this Saturday’s upcoming event.

Spearheaded by CV Brewing Co. taproom manager, Wes Gainey and Grins & Lies vocalist, Stevie Jane Lee, many in the local music and arts community are coming together to support an amazing guy who happens to be in need at the moment.

Stevie Jane: “I love our music community and when one of us is in trouble everyone wants to help. It was a challenge to find people that had any time available to play because of the short notice and busy schedules but Wes at CV Brewing Co, along with an amazing group of friends/artists made it happen. I just hope for everyone to have a good time at a great show so we can help out a friend that really deserves it.”