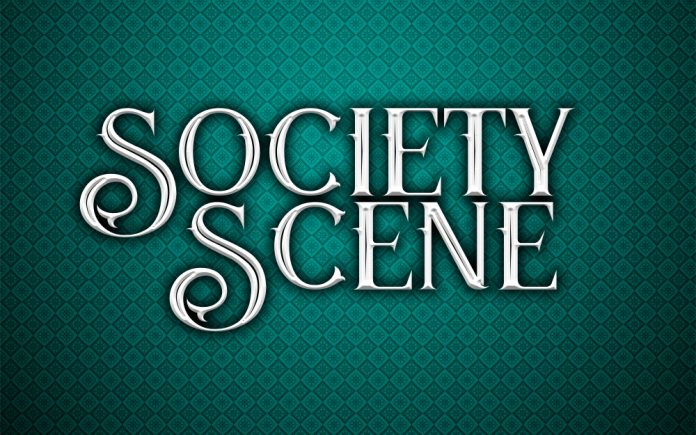 This year’s Mama’s House’s Annual HEARTbeat Of Love Luncheon was a huge success in so many ways!  Celebrating this nonprofit’s 10th Anniversary, the event hosted a sold-out crowd of over 1,000 attendees who gave over $1 million in support, in addition to the $1,250,000.00 Capital Campaign pledge by the organization’s Lead Donors, Emmett and Antoinette Clancy.

“The luncheon and 10th Anniversary celebration with former Secretary of State Mike Pompeo was an astounding success, all praise and glory to our Lord Jesus Christ!” stated Jan Lupia, Luncheon Co-chair, Founder, and Executive Director of Mama’s House.  “I know people come to see what the excitement around Mama’s House is all about, and from there God touches their hearts to give and/or serve as they are able.  I’ve watched this time and time again, and no one is ever more surprised at the overwhelming outpouring of support than me.”

The night before the luncheon, Mama’s House hosted a VIP Reception and Dinner at Toscana Country Club, with Mike Pompeo in attendance for over 200 top donors.

Guests were super anxious to hear what guest speaker Mike Pompeo, 70th Secretary of State and former CIA Director, had to share.  Pompeo is the first American to have served in the Cabinet posts of Secretary of State and Director of the Central Intelligence Agency.  His service was the culmination of four decades of a wide-ranging set of experiences that reflect our quintessentially American core values: hard work, risk-taking, free-market competition, individual liberty, opportunity, national sovereignty, and a strong faith in God.  From serving in uniform as a young Army officer on freedoms frontier on the communist boundary of the Iron Curtain, to spending days on manufacturing floors with hard-working machinists making American products for the companies he led, to sitting in the White House Situation room at critical moments – – Mike has collected worldwide relationships, unique memories, real achievements, and powerful stories of the great Americans he has worked alongside.

Today, Mama’s House offers a safe, supportive, loving, and nurturing residential environment for women in crisis, whether pregnant or with an infant, who are vulnerable with no place to go and no means of support.  Mama’s House offers an extensive one-of-a-kind program of HOPE as these residents face a brighter future.

“We are expanding Mama’s House because we know the need is great and growing,” stated Floyd Rhoades, Mama’s House Board Member. “The purpose of this Capital Campaign is to raise funds to enable Mama’s House to build a new safe and secure campus, which will include the construction of five new Casitas, and the expansion and renovation of an existing house.  The Anne Silverstein Campus for Mama’s House will expand the organization’s current capacity of 10 mothers and their children to accommodate 50 mamas and their babies.

“It humbles me that this new residential property is named in my honor, as I never imagined this,” stated Anne Thompson-Silverstein.  “Never could I have imagined what would happen, how fast it would happen, how many people would come alongside us, and the great strides the founding team would take to have the 501(c) 3 nonprofit organization status and the keys to the first Mama’s House within a year!”

“As I reflect over the past 10 years and have watched the growth of Mama’s House, I am overwhelmed by God’s grace and love that he has showered on us and all the women and babies that have been given new hope and a new path to success,” stated Patricia McDonnell, Luncheon Co-chair, Honorary Co-founder, and Chairman of the Board.”

“Recently we were introduced to Mama’s House and were immediately captured by Jan’s enthusiasm and passion for the mission and all its accomplishments,” stated Emmett Clancy.  “Antoinette and I knew we wanted to be part of this special mission.”

Save The Date Of FEBRARY 11, 2023 for the Annual Mama’s House HEARTbeat of Love Luncheon.

For more information on Mama’s House and its Expansion Program, please call 844-232-8622 ext.1 or 760-406-3413 or visit www.themamashouse.org or write janlupia@themamashouse.org