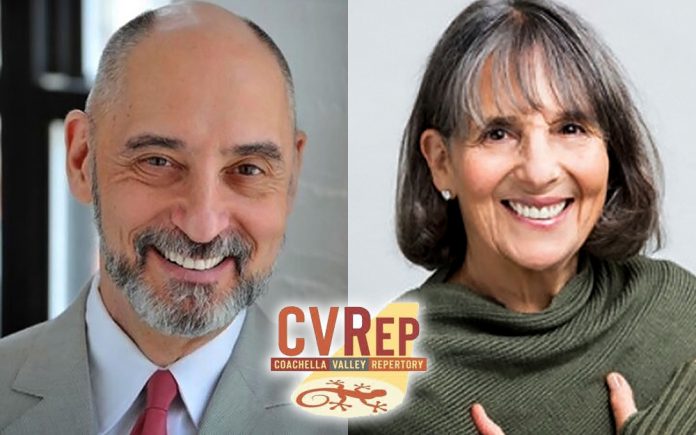 oachella Valley Repertory invites you to an exclusive, one-night-only Luminary Matchup with Broadway Veterans, Loni Ackerman and Sal Mistretta, on Thursday, April 1, 2021, at 7:00 pm Pacific. These Broadway veterans will matchup on CVRep’s virtual stage for an evening of dialogue and shared stories of each of their successful careers in theater and beyond. At the end of the talent’s discussion, the audience will have the opportunity to ask them questions live. To join this presentation, visit cvrep.org and register.

Longtime Broadway performer Loni Ackerman’s extensive career includes roles in George M! and The Magic Show. However, she may be most recognizable for her star turns in Andrew Lloyd Webber’s Cats, as Grizabella, and in the titular role of Evita, in which she sang the famed song “Don’t Cry for Me, Argentina,” to popular acclaim. In more recent years, Ackerman has shown no sign of slowing down, venturing into cabaret with her own show, Next to Ab-Normal. In a 2012 interview with Curtis Wong of the Huffington Post, she said, “the hardest thing can be finding your own voice… You have to expose yourself; you have to share yourself and let the audience know you, but not ask for love.”

Sal Mistretta has had an equally brilliant career, with roles in shows from Follies, Little Shop of Horrors, Beauty and the Beast, and Hairspray, at the Galen Performing Arts Center, to Candide, Oliver, Oklahoma!, and Evita, which also starred Patti LuPone and Mandy Patinkin. He has toured internationally with Rob Marshall and Sam Mendes’ Cabaret and has also been in film and television. Mistretta has joined CVRep for benefits and fundraisers before; notably, he was nominated for a Desert Theatre League for his role in A Class Act, directed by Ron Celona.