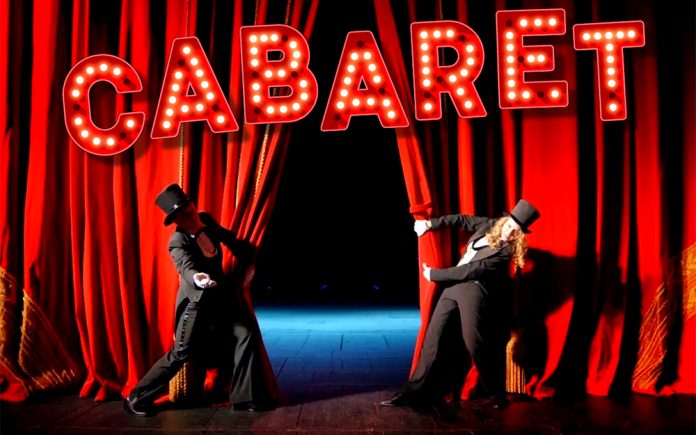 From May 5-8, the College of the Desert’s award-winning Division of Fine Arts will proudly present “Cabaret” with full Broadway staging and orchestration. The production sets the scene in a Berlin nightclub in the early 1930’s, as a garish Master of Ceremonies welcomes the audience and assures them they will forget all their troubles at the Cabaret.

With the Emcee’s bawdy songs as wry commentary, Cabaret explores the dark, heady, and tumultuous life of Berlin’s natives and expatriates as Germany slowly yields to the emerging Third Reich.

The original Broadway play opened on November 20, 1966, with dialogue written by Joe Masteroff, music by John Kander and lyrics by Fred Ebb. It was based on John Van Druten’s 1951 play “I Am a Camera,” which was adapted from Isherwood’s 1939 novel Goodbye to Berlin. The smash-hit stage production of “Cabaret” was then adapted into a 1972 film directed by Bob Fosse and starring Liza Minnelli, Michael York and Joel Grey.

The character ensemble includes Cliff, a young American writer newly arrived in Berlin, who is immediately taken with English singer Sally Bowles. Fräulein Schneider is the proprietor of Cliff and Sally’s boarding house and tentatively begins a romance with Herr Schultz, a mild-mannered fruit seller who happens to be Jewish. Musical numbers include “Willkommen,” “Cabaret,” “Don’t Tell Mama”, “Two Ladies,” and “Maybe This Time”.

Cabaret will be the first large-scale production in the McCallum Theatre that College of the Desert has done since the start of the COVID-19 pandemic, featuring the work of many talented students and faculty.

“It definitely feels like getting back up on the horse again. It’s very exciting and scary at the same time to be returning in full swing,” stated Cabaret Musical Director Scott Smith.

Smith has been working in theater since the early 1990s and began working at COD in 1996. As the musical director, Smith is in charge of teaching the cast the music and is also the conductor for the live orchestra of the production. Smith will be conducting while Cabaret makes its run at the McCallum Theatre.

“It’s going to be quite spectacular. I love all the music from the beginning to the end of the show. There are a lot of musical numbers that are very audience-friendly,” shared Smith.

The rehearsal process of Cabaret was done as part of a semester-long College of the Desert class in the Division of Fine Arts, starting at the beginning of February. The cast and crew have been spending the last two and a half months with limited days of rehearsal during the week to work on music, choreography, and staging.

“Teaching the musical numbers and choreography to the cast is always a thrill. If the audience has seen the Liza Minnelli movie, they will recognize a lot of the songs. The fun part of assembling the music is also the fact that its a very dark story,” explained Smith.

Although Smith warns that the show ends on a sombre note, he credits putting together the puzzle pieces of the show that need to meld with each other as his favorite aspect of the production that makes it a worthwhile spectacle.

Even with the anticipated excitement, the cast and crew has still used proper precautions when it comes to COVID-19 protocol. COD and the McCallum Theatre still have COVID restrictions, so the cast has worn masks any time they were inside rehearsing with each other.

“With people doing high-energy choreography or singing, breathing can be a challenge when wearing a mask, so that has made things a little difficult during the process. In the McCallum, the cast doesn’t need to wear masks while onstage, but they do need to when they’re offstage,” said Smith.

Despite the hardships that many have endured during the pandemic, Smith believes that art is the ultimate form of expression. Whether it is acting, sculpting, or painting, Smith feels that people gravitate towards art because it reminds them of how beautiful life can be. 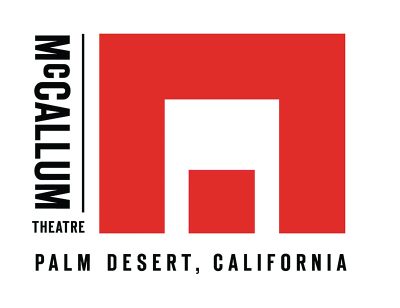 “If we look back at history, the things that mankind is remembered for is artistic production and content. It’s an important part of the human experience being able to express or to take part as an audience member,” stated Smith.

Tickets for Cabaret are available for purchase at www.mccallumtheatre.com.