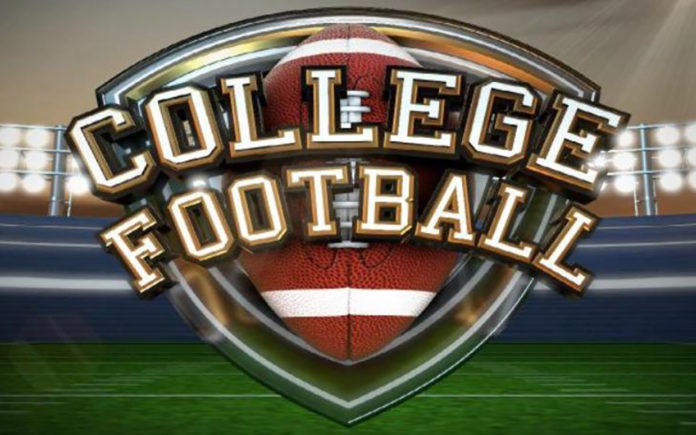 The College Football Playoff is a four-team playoff in a sport with 129-ish teams. Making the Playoff is thus an achievement most teams would celebrate for years, and something Dabo Swinney might get fired for failing to do. Some teams are near locks to make it (Alabama has made every iteration of the Playoff) and some teams have an almost impossible path to the Playoff: Central Florida went undefeated last year and weren’t even really considered.

Sports books everywhere are now offering futures odds that teams will make the Playoff or take home the national championship. However, when I took a closer look, why is Ohio State with all the drama surrounding the program still such a favorite?

Alabama to make the playoffs are a -260 huge favorite while to win the whole thing they are +200. Clemson isn’t far behind at -130 to make the final four and even money to win it all. Ohio St. is still in the hunt at +130 to make the playoff and a weirdly high favorite of -180 to win it all. Georgia and University of Washington round out the top five Vegas favorites to be right there in the end. The Ohio State numbers tell me Urban Meyer isn’t going anywhere anytime soon.

No surprise that Alabama is so high here, but it is interesting to see Washington as the fifth favorite. They’re listed ahead of Michigan (+350), Wisconsin (+375), Oklahoma (+400) and Auburn (+450), mostly because they’re in an easier conference and have a very complete team. Chris Petersen has the PAC-12’s most reliable program, and a mostly favorable schedule.

Ohio State is still very high, despite having major coaching controversy just weeks shy of kick-off, a new quarterback to break in, and an increasingly tough division. The committee will likely only give the Big Ten one spot, so Ohio State has to get past a peaking Michigan, a terrifyingly consistent Wisconsin, and a still-dangerous Penn State. They also have a road game at TCU, which is historically a great way to put a loss on your record, and even travelling to East Lansing will be tough.

Interestingly enough, Las Vegas offers odds on two Ohio State things: odds to make the playoff, and odds Urban Meyer is still the head coach in 2019. The similarity between those two numbers would suggest that something is very wrong. ‘Urban Meyers is the head coach of Ohio State in 2019 (+200), and Ohio State makes the playoff this year (+160).

These teams are boring, however, and MGM Las Vegas is not giving you interesting odds on them anyway. Let’s talk about some potential Cinderella squads.

Texas A&M leaps out at you, but +1000 isn’t nearly long enough. I mean, I understand: they’ve just hired Jimbo Fisher, one of four (and maybe soon three) active coaches to win a national title, they’ve got great access to talent, and if they make things happen on their schedule they’ll be a shoe-in. However: they are not going to win the SEC West, and they probably won’t come close. Westgate in Las Vegas has their regular season win total at over/under 7.5, and that might be generous. Think how far TAMU will have to deviate from their expected result to secure a playoff spot.

Then think about the whole network of things that would have to go wrong for Missouri to make it in. According to offshore book Bovada, Missouri isn’t in the top three teams in its division, and is ninth in the SEC. Bovada’s odds would suggest that the Missouri Tigers are the third most likely Tigers to win the SEC.

If Missouri makes the Playoff, it’s because something much bigger than the Playoff has happened. Think sweeping NCAA sanctions, or climate change-fueled hurricanes erasing much of the SEC’s scheduling. We’re talking about a total collapse of college football’s existing power structures and systems of hierarchy. And we’re offering it to you at 25/1, on the basis of “Drew Lock is pretty good.”

Utah making the Playoff sounds weird saying, but at least it makes some sense on the field. Kyle Whittingham’s young squad did some great things in 2017, and now that they’re lighter on sophomores and deeper with juniors and seniors things are looking up.

The PAC-12 is a winnable conference, and if Utah can beat Washington at home they’ll have a great chance to keep the rest of the season together. They play Oregon, USC, and Arizona at home, and a loss to Stanford on the road would be thoroughly forgivable. For the record – I love Clemson this year. There about as close to a lock to be in the final four as anyone. And they have the freaky athletic ability at every position and more importantly, a huge chip on their shoulder to take down the often over hyped Crimson Tide when it matters most. G’Luck!