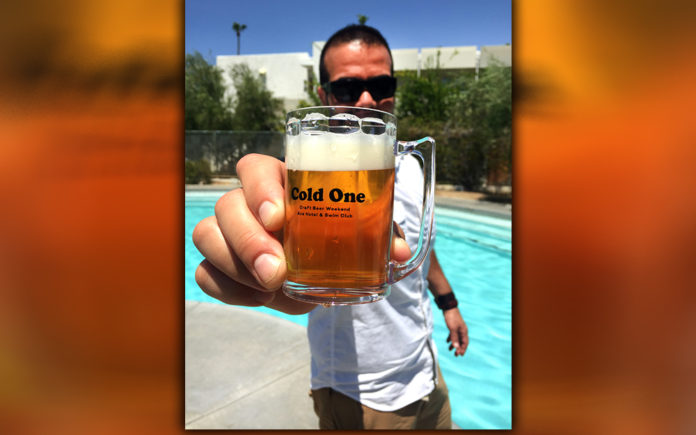 When you think about the decade between 1990 and the year 2000, that seems like a long time. Go back a decade, and the gap between 1980 and 1990 seems enormous! But when I think about the decade from 2008 to 2018, it doesn’t seem that long at all. Like, if you say a movie came out in 2008, that seems fairly recent. Weird isn’t it? Because it seems only two things have grown by leaps and bounds in the last decade; the size of your iPhone, and the culture of craft beer.

If you’d have asked me 10 years ago what craft beer was, I’d have said Samuel Adams Boston Lager, Sierra Nevada Pale Ale, New Belgium’s Fat Tire Amber Ale, and Pyramid Hefeweizen. The micro-brew section of your local grocery store was literally a small endcap that you reached after walking past a mile of Budweiser, Miller, and Coors products, and those four breweries represented nearly all that was widely distributed in the tiny independent market. Craft beer was very much still an underground movement, a rebellion that was fiercely growing thanks to hard charging, young battlers like Stone Brewing, Dogfish Head, Boulevard, and Magic Hat all leading a grass roots movement towards full flavor.

Brewery hopping was literally the only way you could get your mouth and hands on (beer you filthy minded pervert. Get your lips and hands on beer!!) a variety of fresh and exciting, new kinds of beer. I remember planning a whole San Diego weekend based around visiting 12 breweries in 3 days and tasting every single beer at each place. While that was an amazing (and completely drunken) part of my craft beer exploration, shits changed in 2018. Now the breweries come to you!

Since the first “Craft Beer Conclave” that was hosted in a Palm Springs casino parking lot in 2011, the Coachella valley has seen a small group of year-round events pop up, all centered around celebrating independent beer. Starting with the craft beer conclave that became Props and Hops, the Coachella Valley is also home to Brew at the Zoo, Rhythm, Wine and Brews, and the most recent event from two weeks ago, Ace Hotel’s Craft Beer Weekend. 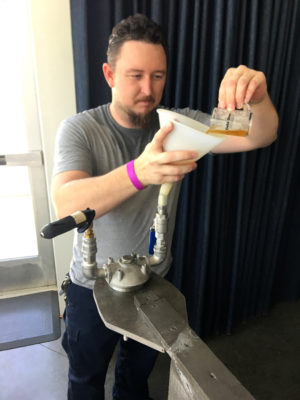 A celebration of indie music, beer and culture, there were dozens upon dozens of breweries and cider houses arranged and lined up in isles inside of Ace Hotel’s private events room, Commune. With a very hip-looking band performing indie-folk rock, the venue was packed with familiar faces from California’s craft brewing scene, as well as tourists and guests eager to indulge in the great variety of brews to choose from. Amongst the two dozen breweries in attendance were hometown favorites La Quinta Brewing Co, and Coachella Valley Brewing Co, as well as our semi-local friends from Redlands, Hangar 24. Nearly all of San Diego’s heavy hitters were represented with Alesmith, Pizza Port, Lost Abbey, Mikkeller SD, and Stone, all there with their latest offerings and seasonal tastings. Northern Cali luminaries Sierra Nevada, Firestone, and Lagunitas were there with bright gose’s and danky IPA’s, as well as out of state favorites New Belgium, and Bell’s Brewery. For those looking for something a little different, there was a good variety of ciders and kombucha’s to choose from, offering fruit flavored drinks with all the alcohol and none of the hops of their beer cousins.

Even the Coachella Valley Homebrew Club was represented, with President Josh Kunkle demonstrating his device that infuses fruit flavors into your drink of choice, further enhancing the bright flavors found in IPA’s and sours. I located my friend and former employer, Art Vazquez, and we made our way throughout the proceedings. With over 80 beers to choose from, we had to be selective in our imbibement, for fear of over indulging and either needing a nap under a tree, falling into the pool just outside of the Commune room, or both. We congratulated our friends from La Quinta Brewing, brewers Skip and Ryan, on their recent Gold Medal win for Even Par IPA, and I managed to get a picture with AND fondled by the skilled team. We drank our way over to Stone Brewing’s booth, where friend and local representative, Damaris Rojas, was on hand to educate the public on Stone’s latest releases. 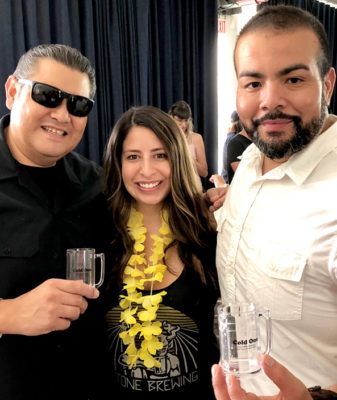 There were food stations on hand for those who needed a little sustenance to help them last through the alcoholic indulgence; I had a pretty good buzz going by the time it occurred to me to eat, and all I remember was that there were these tasty kebabs being offered, as well as watermelon poke, and possibly sliders (the day is now a blur in my beer soaked brain. I really should write this stuff down as it’s happening instead of relying on my recollection. I have the memory of a goldfish, I swear). As the day warmed up, more and more guests stripped to their bathing suits and took to the pool. Disappointingly, no one cannonballed while I was there.

This was the seventh year that Ace Hotel has hosted their craft beer weekend, and the success of 2018’s event assures that there will be an eighth. With craft beer culture now firmly accepted and adopted by the Coachella valley, we may be lucky enough to see the number of yearly events increase. But for now, we can rejoice, and give thanks to the people whose passion for independent beer makes attending these events possible.