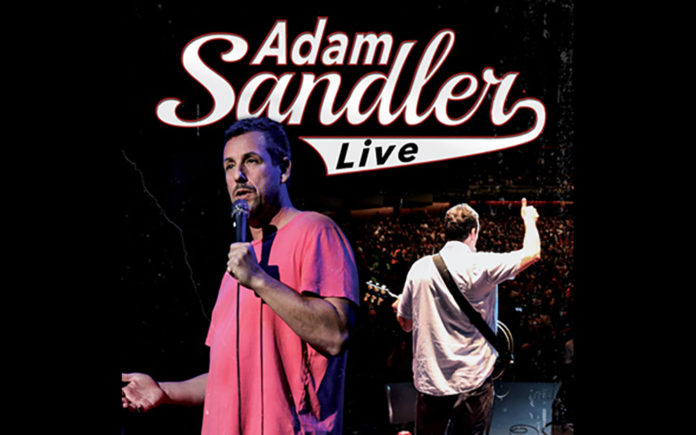 While reviews of Sandler’s recent cinematic output (“The Ridiculous 6,” “The Do-Over,” “Sandy Wexler,”) range from “mixed” to “WTF” there’s no doubting the 51-year-old funnyman’s ability to connect with live audiences.

You couldn’t get away with Canteen Boy today, even if it was buried at the end of SNL just like this sketch back in the day. Like many of Sandler’s characters (OK, all them), Canteen Boy is an adult with childlike tendencies and a peculiar vernacular. This particular skit, featuring Alec Baldwin as an overeager scoutmaster, epitomizes “cringe comedy.” It also generated tons of complaints from viewers, who thought it was homophobic and trivialized pedophilia. It was, and it did. But the legend of Canteen Boy lives on.

Oscar Wilde supposedly said that sarcasm is the lowest form of wit, and the highest form of intelligence. It’s also David Spade’s comedic wheelhouse, and never was it so cutting as when he mock hosted “The Hollywood Minute” during SNL’s Weekend Update segments. No celebrity was safe, not even former SNL star Eddie Murphy, who boycotted the show for two decades following this infamous skewering.

Let me say this: Deuce Bigalow: Male/European Gigolo is hilarious – in concept. It’s actually funny the same way White Chicks or The Room is; i.e. it’s so terrible that all you can do is laugh. Schneider’s SNL breakthrough was as the Richmeister, an office worker who annoys fellow employees by bestowing them with stupid nicknames while they make paper copies (yes, people actually did this). It’s a stupid, one-note joke – and it killed every time.

In case you missed its original run on Comedy Central from 2003 to 2009, Reno 911! was a genius send-up of Cops created by improv veterans Thomas Lennon, Robert Ben Garant and Kerri Kenney-Silver.  But it was Swardson who stole the show as a roller skating gigolo/police informant Terry Bernardino. With minimal screen time, “Big T” was always good for an awkward encounter and a few uncomfortable laughs.