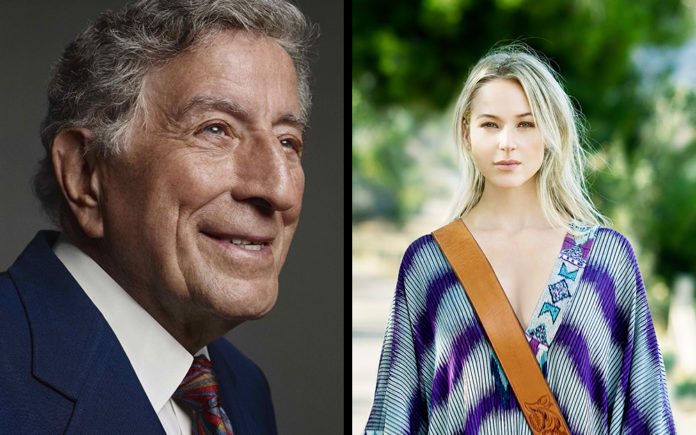 Tony Bennett’s life is the embodiment of the Great American Story. Having just celebrated his 90th birthday on August 3, 2016, his career as the pre-eminent singer of the 20th and 21st Centuries is unprecedented. He continues to be loved by audiences of all generations and he’s giving an extraordinary performance at The Special Events Center at Fantasy Springs Resort Casino on Saturday, December 9, 2017.

Nobody in popular music has recorded for so long and at such a high level of excellence as Tony Bennett has. With millions of records sold worldwide and dozens of platinum and gold albums to his credit, Bennett has received nineteen Grammy Awards — including a 1995 Grammy for Record of the Year for his MTV Unplugged album which introduced this American master to a whole new generation — and the Grammy Lifetime Achievement Award. His initial successes came via a string of Columbia singles in the early 1950’s, including such chart-toppers as “Because of You,” “Rags to Riches,” and a remake of Hank Williams “Cold, Cold Heart.” He’s had 24 songs in the Top 40, including “I Wanna Be Around,” “The Good Life,” “Who Can I Turn To (When Nobody Needs Me)” and his signature song,” I Left My Heart In San Francisco,” which garnered him two Grammy Awards.

In the new millennium, Bennett’s artistry and popularity is higher than ever. In 2006, the year of his 80th birthday, his Duets: An American Classic was released. The album—which included performances with Paul McCartney, Elton John, Barbra Streisand, Bono and others—won three Grammy Awards and went on to be one of the best-selling CDs of the year and Tony’s career. Bennett’s first Duets album also inspired the Rob Marshall-directed television special Tony Bennett: An American Classic which won seven Emmys making it the most honored program at the 2007 Emmy Awards.

In celebration of his 85th birthday in 2011 the release of Bennett’s highly anticipated, Duets II, featured Tony performing with a new roster of celebrated artists including, the late Amy Winehouse, Michael Bublé, Aretha Franklin, Josh Groban, Lady Gaga, John Mayer, and many others. Duets II debuted at #1 on the Billboard Album charts, making Tony the only artist at the age of 85 to achieve this in the history of recorded music. Bennett won two Grammys for Duets II in the 2012 Grammy ceremony and this year marked the 50th Anniversary of the recording and release of his signature song, “I Left My Heart in San Francisco.” Bennett’s collaborative jazz album with Lady Gaga, Tony Bennett & Lady Gaga: Cheek To Cheek, debuted at #1 on the Billboard Top 200 album charts making Bennett, at the age of 88, the oldest artist to have a #1 album…breaking his own previously established historical record. Cheek To Cheek won a Grammy in the Best Traditional Pop Vocal category. Bennett’s 2015 release, The Silver Lining: The Songs of Jerome Kern won a Grammy for Best Traditional Pop Vocal album.

On August 3rd 2016, Tony Bennett celebrated his 90th birthday which was marked by the lighting of the Empire State Building in honor of his musical legacy along with a star-studded celebration at the famed Rainbow Room. Later that year NBC aired a two-hour prime time special, Tony Bennett Celebrates 90: The Best Is Yet To Come, which featured performances by Lady Gaga, Stevie Wonder, Billy Joel, Bob Dylan, Michael Bublé and many more. Columbia Records released a companion CD to the television special, and Tony’s fifth book was published, Just Getting Started.

Through his dedication to excellence and his insistence on quality, Tony Bennett has become the keeper of the flame by extolling the virtues and values represented by the Great American Songbook, and he’s looking forward to bringing an unforgettable performance to the audience at Fantasy Springs.

Grammy-nominated songwriter and New York Times’ bestselling author and poet Jewel will return to the road this holiday season for a one of a kind tour, performing holiday classics, holiday originals and classic Jewel songs alongside special guests, her father and brothers, Atz, Atz Lee and Nikos Kilcher (Alaska: The Last Frontier). The tour heads to The Special Events Center at Fantasy Springs Resort Casino on Saturday, December 2, 2017.

“With this Handmade Holiday Tour, I am so honored to share some of the traditions I was raised with in Alaska on our family Homestead. Building memories by sharing handmade moments,” said Jewel. “Creating unique gifts and sharing songs is a Kilcher family tradition we can’t wait to share with others on this tour.”

A true family affair, the tour marks the first annual ‘Handmade Holiday Tour’ and Jewel’s first tour with her family members. During the pre-show, the tour stop at Fantasy Springs will feature a unique and interactive gifting experience offering guests the chance to make handmade one-of-a-kind holiday gifts. The tour will also sponsor 25 individuals in need per show and offer vouchers for the gift making workshops to ensure they have a handmade gift for the holidays. There will also be an opportunity for patrons to make donations and/or donate workshop vouchers to these families. In addition, Zappos.com will be working with local animal shelters in each market to sponsor pet adoption at every show as they kick off Home for the Pawlidayz, their nationwide pet adoption program.

Called “one of the most richly idiomatic pop singers of her generation,” Jewel has sold over 27 million albums to date and earned praise from fellow songwriters including Loretta Lynn and Neil Young. A cornerstone of the current American and folk movements, the singer will perform fan favorites spanning the record including “Who Will Save Your Soul,” which sold 12 million copies. She most recently toured with her album Picking Up the Pieces sharing stories from her NYT bestselling memoir Never Broken — Songs Are Only Half the Story.

Tickets for the 8pm Jewel’s Handmade Holiday Tour performance on Saturday, December 2, 2017 go on sale this Friday, September 22nd for $59, $39, and $29 at the Fantasy Springs Box Office, via telephone at 800-827-2946 or online at www.FantasySpringsResort.com.