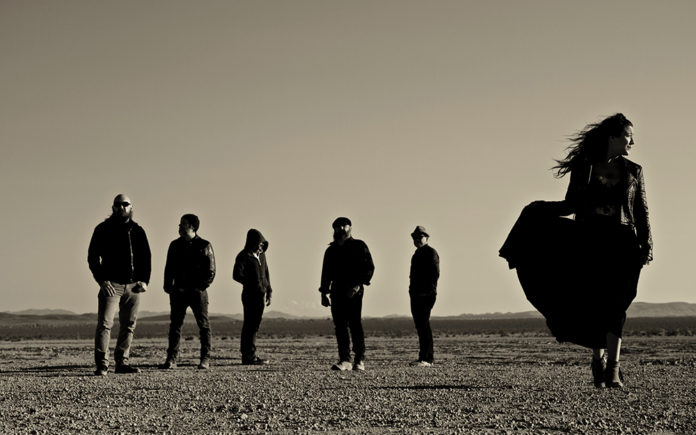 There is an energy that draws an eclectic bunch to the high desert.  What is barren, uncultured and weird in the eyes of some, is creatively inspiring, rich in magic and wildly romantic to others.  To the music oriented highlanders who find beauty here, the creative unions are potentially endless, always beautiful but often short lived.  I say all this to help you understand how significant it is for any of these fledgling movements to push forward into a sophomore year of performance and production. For that reason, I am ecstatic to announce a repeat performance of Earth Moon Earth one year after their debut at Pappy and Harriet’s.  The project fueled by stellar producer/songcrafter Daniel Joeright of Gatos Trail Recording Studio and the intensely intuitive and hypnotizing vocals of Gabriella Evaro has graduated from “experimental” to a validated and forward moving project with an album set to be released March 2018.

CVW: How did the first tour of shows go?

Joeright:  “We had an amazing run last fall with Morcheeba. I have a long friendship with Ross Godfrey, and we were really honored when he asked us to join them on their California tour. Morcheeba have a great way of blending elements of different musical styles together which I love.  Earth Moon Earth have a different sound from Morcheeba but we blend a lot of different styles as well so there was definitely a common musical thread between the two bands.”
“The tour allowed us to audition our music to pretty sizable audiences, which was helpful since we were right in the middle of making our record.  We were totally surprised and blown away by the audience reaction. When you put your heart and soul in to your work it’s really wonderful when people are moved by it in a positive way.  It gave us confidence in this ‘experiment’ of ours, which helped us persevere through some of the tough stuff that came later.”

“This tour also set the bar pretty high right out of the gate, but it proved that we were up for it, and we’re looking forward to what the future holds.”

CVW: “What can we expect to see and hear from you at the Desert Stars Festival, and who will be playing with you?”

Joeright:  “Pappy and Harriet’s is where Gabba and I met so we’re going to be celebrating!  It’s also Earth Moon Earth’s 1 year anniversary as a band and the 10th anniversary of the Desert Stars festival so it’s gonna be a party! Tommy Dietrick has done a great job curating Desert Stars for all of these years and we’re super stoked to be a part of it this year. Also on the bill is Pearl Charles, Mild High Club, Entrance and Psychic TV who I can’t wait to see, plus something like 30 other bands, it’s gonna be a lot of fun.  We’re on the outdoor stage on Sunday Sept 24 and go on at 4:45.”

CVW: “How has the last year grown/affected the project? Anything changed?”

Joeright:  “Well a lot of crazy s**t happened over the last year including having a band member placed under house arrest for 6 months.  We were all able to rally together and work through it, and I think we’re a stronger band because of it. We’ve had some trial by fire moments, and now we’re coming out the other side. Seriously that’s how it feels!!  We now have a record finished, a single released, shows booked and some other exciting stuff on the horizon.  We’re ready to take on the world so watch out!”

Evaro: “Our relationships with each other has grown for sure, making a tighter bond, creating a tighter sound.”

CVW:  What is exciting to you about this project that sets it apart from all the other projects you’ve worked on in the past? 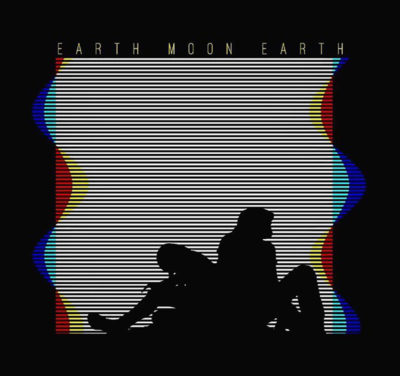 Joeright: “There are a lot of things that set this project apart from others I’ve done, but the most obvious thing is working with Gabba.  The first time we worked together, she came to my studio and improvised an amazing vocal performance for a song I was working on called, “Heartbeats,” and she nailed it in one take. We’ve been working together ever since. Gabba and I have a musical chemistry that’s really rare to find.  It’s the one thing you can’t manufacture, so if you find it you better hold on to it.”

Evaro:  “This music is unlike anything I have ever done. I love the band, the guys so much. We all click very well, so it makes it so easy to move forward when everyone in the room is having a good time.

We are all just taking this as it comes, of course we would love to be touring now, but that’s not what’s happening. We are digging in and getting tighter as a unit every time we get together. Cosmic magic in the making takes time before it can shine on.”

“The music is unlike anything I’ve ever done. It is challenging and so different in the best of ways. Hearing all the sounds Esteban and Bob play with all the different keys and synths is incredible to watch; Scott with his Theremin hooked up to Moggs, creating the most badass sounds; Be with his distortion and fuzz, singing backups for me – all of which I love; Dan playing the drums with a Timpany on one side and drum machine on the other.  It is unreal the sounds these guys make, and I am so impressed with each of them.”

“The music itself is what sets it all apart from any project I’ve ever done. This is a completely different genre that I get to lead with singing.

All the sounds are truly being created live. It’s amazing.”

What new things are coming up (tour/albums)?

Joeright:  “We just officially released our first single New Mourning (Hummingbird) which is available on all the streaming/download services. Our full-length record is also finished, mixed, mastered and ready to go. We are talking to a bunch of people right now to find out where the right home for the record might be. After that it’s world domination of course!”

About Gatos Trail Studio:  Gatos Trail is an old desert barn that’s been converted in to a modern recording studio.  It’s located on 5 acres of pristine desert land and has amazing vista views in every direction. “I want bands to have an experience when they come to record here, so I do everything I can to facilitate an inspirational vibe,” states Joeright. The studio has large windows in every room so the desert views can be admired, in contrast to the usual cave like atmosphere of most studios. Some of the bands that have recorded there over the last few months include: the Mekons, Twin Shadow, The Unsane and a new band out of Phoenix AZ called Jared & The Mill (with Ethan Allen from Gram Rabbit producing). Other bands include Big Business, Danielle De Picciotto (Crime and the City Solution) and Alexander Hacke (Einstruzende Neubauten), among others.  Earth Moon Earth made their debut record, out in March.