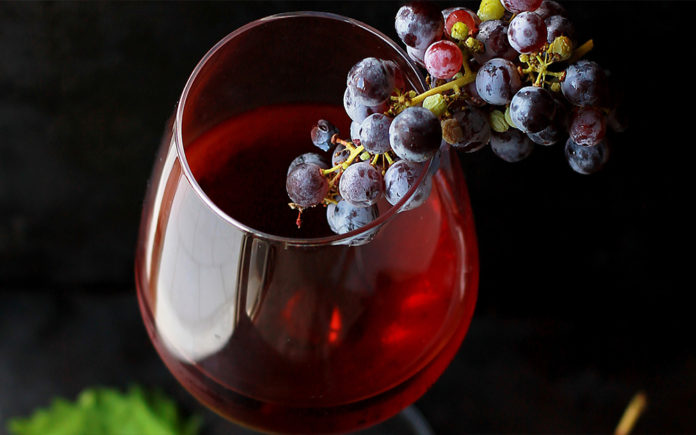 Ahhhh…the cool breezes are back, swirling about the desert; and even though there will be the usual heat spikes that make up the climate here, we vino enthusiasts are quick to cheer the weather changes with a nice glass of Cabernet Sauvignon.

As mentioned in our recent Napa Kappa Rappa piece, we California vino lovers were some of the first wooed and wowed by a Napa Cabernet Sauvignon. A minor epiphany grabbed our minds and hit our souls when we took those first few sips. How delicious was that Cab! Forget that cheap table wine we were buying; we started saving our dollars to afford the good stuff.

I concluded in that article, “Now whether you’re a wine snob, enthusiast, vino nerd, or newbie, Napa Valley wineries still rule in our hearts and continue to produce world class wine.” Perhaps that was written with too broad a brush: the “newbies” and/or the “millennials” may not particularly hold dear the “Napa Valley” brand that the other groups grew up with or cut their purple teeth on.

But with a broad brush, we can state that California Cabernet Sauvignon from Napa, Sonoma, Mendocino, Lake and Santa Barbara Counties, along with Paso Robles are producing some of the best juice in the world. Indeed, as Wine Spectator has just written, “Cab Sauv is king and it still commands the highest prices as it is prized by collectors and has proven their ability to improve with age.”

The most prestigious and expensive vineyard region in the state, of course is Napa Valley, with its stellar and record 95+ point vintages from 2007 to 2015. (The 2011 vintage excluded due to a cool year—but for that very reason, it was a “winemakers” year, conducted with especially tender loving care.  I find the 2011 Cabs to be low-key, complex, and delicious!)  But as mentioned above, the entire state with its variety of regions is producing world class wine.

There is always a welcomed homage to offer when we cover Cabs for the new season.  Red Bordeaux for many of us was one of our first forays into tasting this grape apart from California.  Enthusiasts with an open mind truly enjoyed the differences between the two top Cabernet regions in the world.  California with fruit forward complexities; Bordeaux with a spectrum of fruit flavors, nuances and balanced acidity taught us the wonderful wide world of Cabernet Sauvignon.

Where Bordeaux is predominately a “red blend” wine, with its melange of Cab Sauv, Merlot, Cab Franc, Petite Verdot, Malbec, and maybe a bit of Carménère, our California Cab Sauv must have 75% of the grape.

And what is also wonderful with our California Cabs, is its availability at every price range.  Cult Cabs were the rage back when we had the money to afford them because we   were enchanted with the fact that millionaires could make the best wine money could buy.  Some of the latest wineries still on the Cult Cab list continue to produce stellar stuff:  (Tasting notes and point scores by Wine Spectator unless otherwise stated.)

2015 Colgin Cabernet Sauvignon Napa Valley Tychson Hill Vineyard: It’s opening list price is at $600 with tasting notes, “Amazing complex and hard to resist, as the mix of dark berry, spice, loamy earth, licorice and cedar are all in harmony.” 96 pts.

2015 Scarecrow Cabernet Sauvignon Rutherford: This wine lists at $350 with tasting notes, “Broad, expansive and layered, with dark berry, currant, anise, cedar and sage notes that glide along effortlessly on the aftertaste.” 96 pts.

The 2015 Screaming Eagle Cabernet Sauvignon Oakville, probably one of the most famous and celebrated cult wine in our state’s history, is listed at $1050. This bottle contains 76% percent Cab Sauv blended with 20% Merlot and 4% Cab Franc.  Both wine critics, Robert Parker and James Suckling have scored this wine at 100 points!

They claim it’s a phenomenal wine with amazing aromas of mint and sage, highlighting the blackberry and slate character, blackcurrants and wet earth.  As to its flavor profile they write of freshly crushed black currants, black cherries and blackberries with suggestions of cigar box, black raspberries, red currants, chocolates, pencil lead and cast-iron pan plus a touch of potpourri. Geez! Let’s taste that one!

Okay—on the other side of the price scale, California comes through with many reasonably priced Cabs. We’ll be writing about many of them through the upcoming weeks. Here are a couple to mention right off:

I’ve always touted Firestone wines as being some of the best valued quaffs around.  The 2016 Firestone Cabernet Sauvignon Santa Ynez Valley scored 90 points and sells for under $16.  Tasting notes include, “Rich and broad-shouldered, with ample minerality to the dried and spiced cherry flavors, with a firmly tannic finish. I happen to like firm tannins in my Cab.

For those who like a less tannic wine—J. Lohr seems to have a nice hold on a “smooth” drink.  Their 2015 Paso Robles Seven Oaks Cabernet Sauvignon scored 88 points at around $14 or less a bottle.

Cheers to the new season!