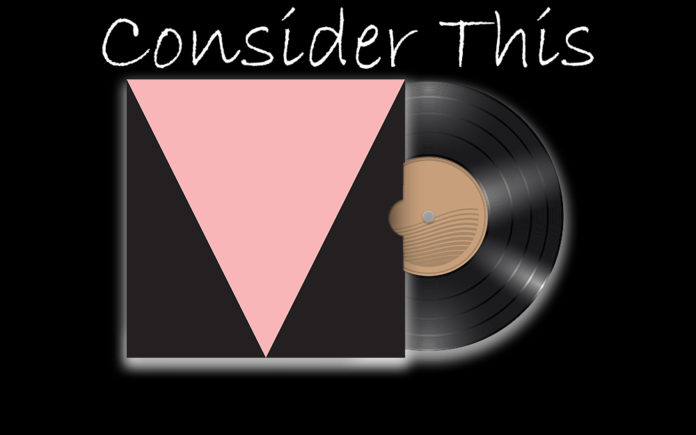 “If that’s your boyfriend, he wasn’t last night”

25 years ago, those eight words, plus a popping bass line and an infectiously Funky groove, announced that a new musical provocateur had arrived. It also sparked the Neo-Soul movement of the ‘90s, paving the way for artists like D’Angelo, Jill Scott, Erykah Badu, Maxwell and Angie Stone.

Meshell Ndegeocello (ne’ Michelle Lynn Johnson), was born in Berlin, Germany in 1968. Her mom, Helen, was a health care worker, her father, Jacques, was an Army Sargent Major, who played Jazz saxophone. By the early ‘70s, the family had settled in the Washington D.C. area. As a child, she had shown an interest in music, so she spent her high school years attending Duke Ellington School Of The Arts. At age 17 she changed the spelling of her first name and changed her last name to Ndegeocello, Swahili for “free as a bird.”

By this time, she was drawn to D.C.’s lively Go-Go scene. Soon she was playing bass with bands like Prophecy, Little Beenie & The Masters and Rare Essence. When Living Color bassist Muzz Skillings quit the band, she auditioned for his spot. When Doug Wimbish was chosen instead, she began concentrating on a solo career.

Meshell was one of the first artists to be signed to Madonna’s boutique label, Maverick. Taking a page from (her hero) Prince’s book, she played nearly every instrument herself on her debut, Plantation Lullabies.” Arriving in late 1993, the record was a revelation. The music was a potent combo-platter of Funk, Jazz, R&B and Hip-Hop, the lyrics were sly, sardonic and socially conscious. Critical acclaim was nearly unanimous, the album hit a respectable #166 on the Billboard Top 200 and the first single, the incendiary “If That’s Your Boyfriend (He Wasn’t Last Night)” received airplay on MTV and reached #73 on the singles chart.

Plantation Lullabies wound up receiving three Grammy nominations, for Best R&B Album, Best R&B Song and Best R&B Female Vocalist, respectively. John Mellencamp was so astonished by her prowess that he invited her to duet on his rollicking version of Van Morrison’s “Wild Night.” As featured on his Dance Naked album, the track peaked at #3. Soon, Jazz giant Herbie Hancock was knocking on her door, asking her to collaborate on “Nocturnal Sunshine.” That song was included on Stolen Moments: Red, Hot + Cool, a compilation from the Red Hot Organization that benefitted AIDS research.

Meshell’s second album, 1996’s Peace Beyond Passion was heavily influenced by her politics. Androgynous, outspoken and openly bi-sexual, she wasn’t afraid to rail against bigotry and religious hypocrisy on songs like “Niggerman,” “Deuteronomy” and “Leviticus: Faggot.” Although the melodies were vivid Funk/Soul workouts, the message felt torpid and heavy-handed.

Three years later she was back on course with Bitter, an aching meditation about a broken romance. Lush and powerful, her mien pivoted from kind to caustic to melancholy sometimes all within the same song. Not unlike k.d. lang’s watershed ingenue album, Bitter served as the perfect soundtrack for any listener experiencing the ache of unrequited love or floundering in a sea of heartbreak.

In the nearly 20 years since, she has worked at a prodigious rate, recording the grandiose Cookie: The Anthropological Mixtape in 2002, followed up by the earthy Comfort Woman in 2003.      Switching to the Shanachie label in 2005, she assembled a team of all-star Jazz players to record Spirit Music Jamia, an album she referred to as “spirit groove music.” The Jazz became more experimental on 2007’s The World Has Made Me The Man Of My Dreams.

Two years later she seemed even more restless on Devil’s Halo. Closing out the first decade of the 21st century, she enlisted producer Joe Henry and recorded the warm, mostly acoustic Weather. In 2012 she tackled a brace of Nina Simone classics on a record entitled Pour Une Ame Souveraine: A Dedication To Nina Simone. There is a sense of symbiosis between these two musicians, born 35 years apart, but dealing with the same intolerance, misconceptions and record industry malaise. Two years later she returned with an album of mostly original material. Comet, Come To Me explored Third World rhythms like Ska and Reggae, and even included a playful take on Whodini’s Hip-Hop classic, “Friends.”

The last couple of years have been pretty tough for Meshell. Her dad died from Leukemia in 2016 and her mother was diagnosed with Dementia. At one point, she found herself back in her childhood bedroom, digging into her old record collection. It felt comforting and cathartic to revisit the music that initially influenced her. Rather than concentrate on creating new songs, she found inspiration in interpreting old favorites. That became the template for her 12th record, Ventriloquism.

The record kicks into gear with “I Wonder If I Take You Home,” a massive hit for Lisa Lisa & Cult Jam, the original practically screams “1985 R&B,” from the computerized everything to the breathless vocals. Meshell’s take barrels straight ahead, with a rumbling kick drum beat, plucked and shivery guitars and multi-tracked vocals that are spacey and delayed. The stop-start rhythm matches the lyrics’ romantic equivocation; “I know and you know that if we get together emotions will go to Work, and I may do something I regret the next day and end the hurt.”

The songs presented here stretch all the way from 1982 to 1995. That era marked the emergence of Hip-Hop as well as the advent of Quiet Storm and New Jack Swing. Meshell is unafraid to tackle wildly popular songs. First up in the chronology is George Clinton classic, “Atomic Dog.” A former acolyte of James Brown, George was the mastermind behind the ‘70s Freak-Funk explosion of Funkadelic and Parliament, just as those bands’ both acrimoniously imploded he went solo. This song became an early ‘80s mainstay and is now one of the most sampled songs in Hip-Hop, most infamously on Snoop Dogg’s inaugural single, “Who Am I, (What’s My Name?).”

Meshell jettisons the song’s Funk element, weaving in scratchy guitar, tribal percussion and whispery keys that give the track a Metallic-Folk edge. By peeling back the layers of instrumentation, she executes a bit of reverse musical trompe l’oeil. Of course, the iconic “Bow-wow-wow-yippee-yo-yippee-yeah” remains.

The synth-driven “Don’t Disturb This Groove” by The System shot to #1 on the R&B charts (#4 on the Billboard Top 100) in the summer of 1987. Meshell slows the tempo, latticing phased guitars over a thumpy beat. Synthesizers still whoosh, and her stacked vocals approximates a Jazzy vocalese. She even manages to imbue ripe lyrics like “Baby over and over the passion starts again and the lollipops and everything with a taste of sin/Causing fire and desire in this mortal soul to live ‘Till the angels fall from heaven and The day and the earth stands still” with a lithe sensuality.

Al B. Sure originally recorded “Nite And Day” 30 years ago, taking it to #1 on the R&B charts and #7 on the Hot 100. Meshell strips away Al’s braggadocious vibe, cloaking the melody is lush acoustic guitar, bloopy, percolating percussion and airy keys. The mood is sticky, languid and seductive as she drawls this sideways declaration of physical attraction; “I love you more in the rain or shine, and making love in the rain is fine/A love so good and I call it mine, love is blind.”

“Waterfalls,” was a massive hit released by TLC in 1994, hitting the top of all charts the following summer. It remains a perfect Hip-Hop/Soul Hybrid, featuring complex lyrics that tackle drug addiction, promiscuity and the HIV/AIDS epidemic. The tune was inescapable that year; TLC ruled the airwaves until Beyonce arrived with Destiny’s Child at the end of the decade. Here, prickly bottleneck guitar supplants the original’s thrush wall of sound as stately piano notes bookend each verse. Meshell invests herself completely in soul-searching (albeit cryptic) couplets like “I seen a rainbow yesterday, but too many storms have come and gone, leaving a trace of not one God-given ray/Is it because my life is 10 shades of gray, I pray all 10 fade away, seldom praise Him for sunny Days, and like His promise is new only my faith can undo the many chances I blew to bring my life to anew.”

A track that stands alone among the smooth grooves of this album is her interpretation of Prince’s “Sometimes It Snows In April.” The meandering and ethereal Spiritual that closed out his Purple Majesty’s 1986 Parade album, soundtrack to his Under A Cherry Moon movie, serves as a eulogy for his character in the film. Of course, Meshell can’t improve on the original, (which ironically was recorded on April 21, 1985 and Prince died on that day 21 years later). In fact she almost speaks the lyrics rather than sings them. But she infuses the song with such a sense of grief and longing that it serves as an elegy for her fallen hero as well as her father.

The best tracks here, “Tender Love” and “Sensitivity” came from the prodigious team of Jimmy Jam and Terry Lewis. The pair formed an alliance as bandmates in The Time, the Minneapolis Funk Rock septet, that were contemporaries of Prince. The duo broke away from the Time in the early ‘80s and became phenomenally successful producers, best known for creating a string of hits with Janet Jackson. From the late ‘80s throughout the ‘90s they wrote and produced music artists like Aretha Franklin, Boyz II Men, Human League, New Edition, George Michael, Mary J. Blige and Bryan Adams.

The former was originally a luxurious love ballad featuring Doo-Wop harmonies from the Force MDs. By adding smoky harmonica, chunky acoustic guitar riffs, shaded keys and a loping rhythm, Meshell recasts it as a rustic back porch ramble. The latter also gets a surprising musical makeover. Ex-New Edition vocalist Ralph Tresvant helped usher in the New Jack Swing movement with “Sensitivity.” His smooth syncopation is swapped out for an endearing Gypsy Jazz groove. Here we get trilling woodwinds, brass accents rippling Django-tastic guitars along with her playful vocals.

The album closes out with it’s best known songs, Tina Turner’s “Private Dancer” and Sade’s “Smooth Operator.” Mark Knopfler wrote “Private Dancer” as a vehicle for his band, Dire Straits. Ultimately, he felt the lyrics were better suited to a feminine voice, so he offered it to Tina Turner, and it became the title track to her mainstream breakthrough, (or comeback, depending on your view), in 1984. Tina brought a measure of stoicism and gravitas to the tale of a sex worker yearning for a better life. Meshell radically recasts the arrangement, slowing the tempo blending in clusters of acoustic guitar, poignant piano and an off-meter kick drum. It gives the song a spatial quality (think Pink Floyd’s “Wish You Were Here”). But her sing-songy delivery seems weirdly out of place.

Sade’s “Smooth Operator” was a supple celebration/admonition of a lubricious con man. The narration that opens the song sounds like it belongs at the beginning of a serialized radio program, (“Who knows what evil lurks in the hearts of men? Only the Shadow knows…”). But it quickly gives way to stark instrumentation powered by a martial cadence, ascending piano notes and gurgling synths. The melody is completely dismantled and in its stead are a series of random tics and hiccups. Unfortunately, both of these tracks miss the mark. Still, it’s mostly a great record. Ventriloquism is like a musical sorbet; a palette cleanser between main courses. As Meshell cycles through the five stages of grief, this record serves as a place holder. She gets to flex her musical muscle playing the songs that first resonated for her. It’s fun and interesting. But it isn’t essential.