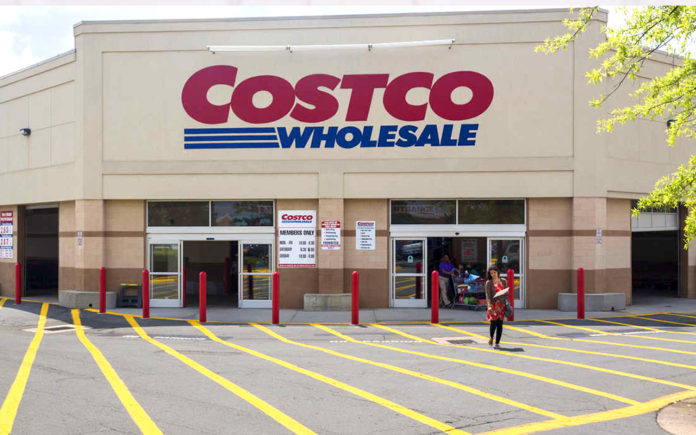 The numbers are astonishing! With more than $4.4 billion in beverage alcohol sales last year, Costco Wholesale Corporation continues to see steady annual growth; and this year, everyone in the industry will expects those numbers to go even higher.

Here in the Coachella Valley, wine buyers have the option to shop at around four or five mega-sized wine and liquor stores. You know the usual suspects: Costco, BevMo!, Total Wine, and the wine & liquor departments in the large grocery store chains such as Ralphs, Albertsons/Vons, and Stater Bros.

As you loyal readers well know, I am currently the wine steward at the Palm Springs Ralphs Markets on Sunrise & Ramon; and, just right down the street, there is yet another Ralphs Market. Between the two stores, we probably sell more wine and liquor than any other beverage store on the west side of our valley.

And pretty much everyone is looking to get a bargain on their purchases. No one I know buys all their wine from just one store. Most people have a strategy—generally a weekly or monthly strategy. They continually monitor and search the ads to get the best price for their beloved Kendall Jackson, Meiomi, or many of the national brands who have throngs of devotees. And as you can see by the competition above, going here or going there to buy their wine isn’t a problem.

With your large grocery store chains, we are all familiar with their “buy so many bottles and get a percentage off them all” type of sale. For instance, I think Stater Bros. sometimes has the sale of “buy four—get 20% off, and, Albertsons/Vons occasionally has the “buy six—get 30% percent off”.

At Ralphs—the good thing for me, as the wine steward, is the “mix or match—buy six bottles or more and get 30% off” sale that continually runs all the time. Thus I see a lot of happy shoppers buying lots of wine and smiling and talking to me while they shop about. Now whether I work at Ralphs or not, it’s absolutely clear: if you’re planning to buy half a case or more of wine for yourself or for events—this is the place!

Also, most people around town know that they can get a good deal on a bottle or two of wine, either national brand or international, at their local Trader Joe’s market in Palm Desert or in Cathedral City. Generally, Trader Joe’s customers plan to drink that bottle or two that very day or evening.

That being said, most wine buyers know about Costco’s selection of wine; that the 94 million membership based company store, can offer some great deals on some certain wines; and, they indeed have bought wine from that mega-store as it’s one of their go-to wine stops. 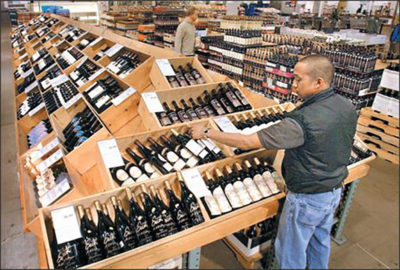 The few times I go into Costco—sometimes the heat and the crowd deter my venture, I do enjoy checking out their selection and seeing what’s on sale. A lot of their national brand wines are generally on par with most stores around town. Generally, a very good or great bottle of wine from Napa or Italy or France costs around the same price I can find it elsewhere. Of course, there will be a very good sale on a lot of wines, as you’d expect—to get in the valley’s wine business.

What I’m particularly impressed with is Costco’s private label, Kirkland Signature. I have bought some very tasty Spanish Rioja, Italian Chianti, and French Bordeaux wine at around $8.99, or under, a bottle. The wine is excellent and a good buy—and I’ll often get half a case because, the concern for a bunch of local wine buyers that I talk to is that so many of the “special sale wines” or even the Kirkland Signature wines, will sell out and may or may not be re-stocked back to the store.

Costco is straight forward with their sales picture, stating, “The company developed its first Kirkland Signature wine in 2003 and added spirits to the portfolio in 2007. Today, Kirkland has 30 wines and 20 spirits offerings, though many are only available at certain times of the year. Our members are loyal and have a high trust level for Kirkland products. We’re proud of the quality and value we develop with our supply partners.” 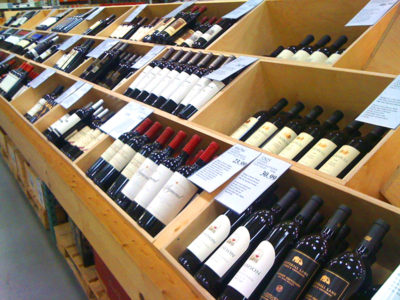 As you’d imagine, I speak to a lot of wine enthusiasts all over this valley and I like to keep a pulse on the wine community—especially as to where they shop. Interestingly, there appears to be a wine rivalry I hear spoken about between shopping at Costco and at Total Wine.

Just last week, a seasoned wine buyer came in my department and we got into the Costco/Total Wine conversation. We both agreed that Total Wine has a very large selection of wine and spirits; but he said he’s tired of having their sales personal constantly suggesting he try their “Winery Direct” wine over the wine he came in the store to purchase in the first place! He finds it annoying and he’d rather shop quietly at Costco.

As you readers know, I really enjoyed my stint at Total Wine while conducting their monthly wine tasting seminars. It was fun to interact with you wine folk and many of you keep up with this column. But as to sales, I always respected your desires. Cheers!