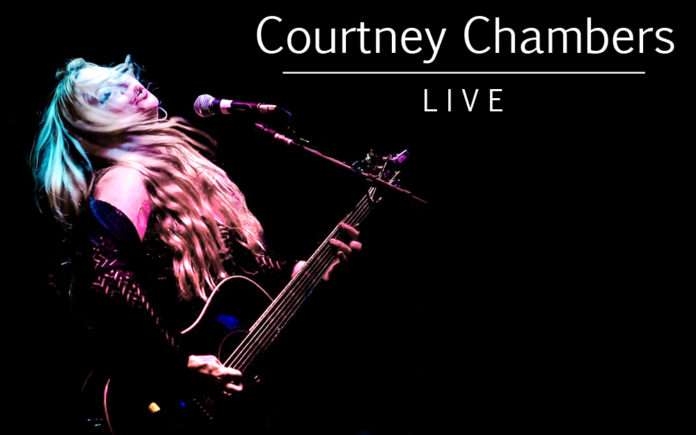 Fresh from her ‘Up To No Good Tour,’ Courtney Chambers has returned to the Coachella Valley with all-guns-blazing after a successful mini-tour of the West Coast that took her to Oregon and back with her guitarist and counterpart Allen Morris. Courtney is a 2017 Coachella Valley Music Award Nominee for ‘Best Female Vocalist’ and ‘Best Front Woman’. She released her ‘LIVE’ album on June 8, 2017 and it was recently announced that Courtney will be performing her acoustic show at the new two-day Desert Oasis Music Festival on Saturday, October 7, 2017. The inaugural event features distinguished reggae artists such as Damian Marley, Rebelution & Steel Pulse as well as an excess of other distinct acts that span the musical spectrum. 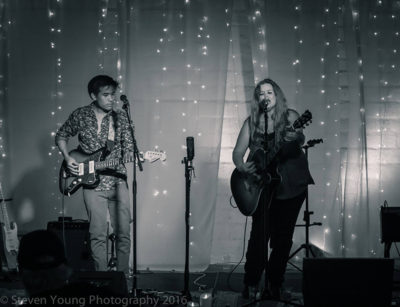 LIVE is a bare-bones, live acoustic performance of Courtney’s music spanning four records of music, Imperfect Like Me (2001), Higher Places (2004), Bigger and Brighter (2007) & Tales of the Aftermath (2015), as well as a previously unreleased track.

“Are You Ready?”
What a great paced song to open a live album. Courtney shows off her sexy and sensuous vocals. She asks, “Are you ready for a change?” The song captures everything that is right with Courtney and this album. It’s a nice bluesy intro to her live acoustic show that displays so much diversity. This song was featured in the independent film, “Callous” (2009), winner of several awards.

“Fool In Me”
Breaking it down with Allen Morris on electric guitar you can feel the pain in Courtney’s lyrics and includes the haunting background vocals of Linda Heinz and Chelsea Sugarbritches.

“Old Fashioned Love Song”
Courtney tells a story of self-discovery in achieving a place of fulfillment. This is as stripped down as you can get, Courtney’s voice and her guitar are all you need to establish that connection between artist and audience. She does it here harmoniously.

“Sitting In Silence”
From the album, ‘Imperfect Like Me’, the title says so much. The chords of this song express an unearthly sensitivity. This song was also featured in ‘Callous’.

“High and Dry” (Radiohead)
A slower-tempo version of the acoustic song by the English rock band, Courtney doesn’t shy away from risk-taking when considering other artists’ works. She also does a great fully-plugged version of the Modern English hit, “I Melt With You”.

“Tomorrow”
“There is no tomorrow there is only today.
So I will embrace this freedom.
I know I got to leave this place.
This silence is deafening.
And I’m taking off these shackles and rings,
‘Cause it’s time that I’ve forgiven me for some things that aren’t meant to be.”

This ballad compels the listener to live in the moment. That self-talk we give ourselves to get through the pain that is today. So much rides on looking to the future that we may miss something that’s right in front of us, good or bad. Courtney reminds us to exist consciously.

“Wasting Time”
Courtney also has those songs that motivate you to tap your foot and nod your head. This is a song that could be rung through a country filter and be a hit on the radio. I don’t mind wastin’ time listening to this song.

“Heart of This Man”
A moving song of lost love. That character armor that did so well to protect you can also prevent you from vulnerability. I can’t help but think of Courtney’s thought process as she wrote this and whether it’s from personal experience or not. Either way, she once again connects the theme to the listener.

“The Bitter End”
My favorite song from her Tales of the Aftermath album. I have cranked the full-band version of this song a profuse amount of times in my car and home. Allen brings that resonant guitar sound on this version as well. His solo is astounding to me. For him to pull it off in a live acoustic setting is even more amazing.

“Landslide” (Nicks)
One of Courtney’s signature covers. At the beginning of the tune she shares, “I love this song”. Despite the comparisons to Stevie Nicks, Courtney still manages to embed her inflection on this classic.

“Weight”
Courtney displays her keyboard skills on this track. The weight she sings of is relative to the individual listener. The song is personal while at the same time metaphorical. Letting go of that “weight” is what we all will endure at some point in our lifetimes.

“Winter”
This is my girlfriend Emily’s favorite song on Tales of the Aftermath. Courtney brings peace to the soul with this song. Armando uses his bass lines to bring the bottom to life. In all, LIVE brings us full circle through Courtney’s career thus far. We look forward to the next four records Courtney. This song is for you ‘Beb’. 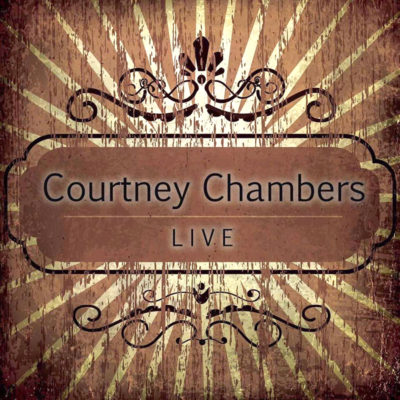