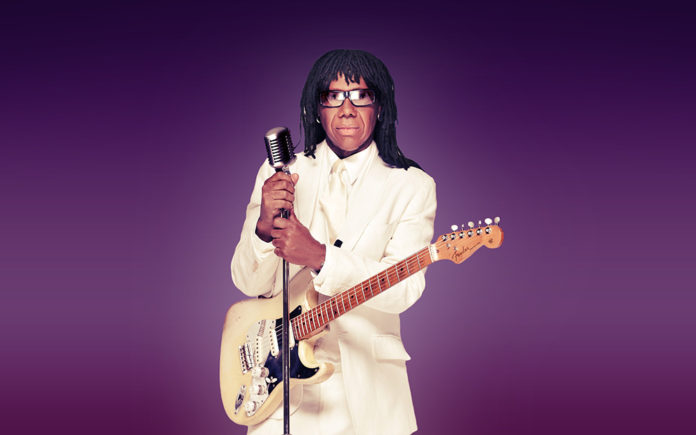 Is it possible to witness brilliance all the time and not realize it? Yes, it is. You do. Some people may not be familiar with Nile Rodgers, but they’ve definitely heard his music. Rodgers is the lead guitarist and co-founder (along with Bernard Edwards) of the popular disco-era band, Chic. Chic’s music, with such number one hits as “Le Freak” and “Good Times,” caught the attention of their peers – the music industry’s most famous and talented artists, who recognized Rodgers for the musical genius he is. This led to collaborations, including both songwriting and producing credits, so prolific that you can’t turn on the radio or walk into a club without hearing a song that Rodgers has touched (whether you realize it or not). From his band’s own hits, to writing songs and producing albums for the likes of David Bowie, Madonna, Duran Duran, and so many other legendary artists, and having his music sampled in countless songs (his original songs begat “Mo’ Money, Mo’ Problems,” “Rappers Delight”, and “Getting’ Jiggy Wit It,” to name only a few), one thing is clear – everything Nile Rodgers touches turns to gold, platinum, and sometimes double or triple-platinum. I talked to this funk legend in anticipation of his show at Fantasy Springs Resort Casino (touring as Chic featuring Nile Rodgers) on Saturday, July 15 at 8 pm.

CVW: You’ve had a career that’s spanned decades since the 70s. To what do you attribute the longevity of your career?

Nile Rodgers: “Never being too afraid to fail. I say that with complete sincerity. I’m always searching. It’s such a wonderful life I lead. The life of an artist is very solitary. It’s not like you have someone writing with you. It’s a very lonely kind of life. So when you can get someone to collaborate with you and make something, it’s very beautiful.”

CVW: You’re making a new Chic album for the first time in 25 years. What are some differences in making an album today vs 25 years ago?

NR: “The biggest difference is we don’t use tapes anymore. We record digitally, so now we can manipulate the sound. There’s an extra level of artistry we bring to table which some people think is bad – and depending on my mood, I could be one of them! The reason it can be bad is that back in the day tape cost money so you were limited by time, studio availability, and budget, so you had to really be on your game. I’m making records with people who do what I do, but now they also have access to gear, so they don’t have the sacred love of tape and cutting tape. ‘Time is money and the money is mine,’ as Madonna would say. In the early days I could make an album in a couple weeks – I made the whole David Bowie Let’s Dance album in 17 days and Madonna’s Like a Virgin in 25-30 days. Every single part of it was done in a couple weeks. Now records take a long time because with the gear you can have so much extra exploration.”

CVW: What do you feel have been the biggest changes in the music business since you started?

NR: “There are a number of changes, but the biggest thing that affects music the most is gear. Gear holistically, not just a keyboard here and a sampler there. Technical gear becomes part of the process in transmitting data and keeps it at the same quality level as when I first generated it with no lost integrity. Internet is part of gear now. I was with Nao last week and I don’t know if you know of her, but she is off-the-charts amazing. I told her, ‘I want you in my world. You can’t say no. Here’s two demos, do what you want.’ Internet became an important tool. In the old days how would I have gotten to her so quickly?”

CVW: What advice would you give to up and coming local artists in the industry today?

NR: “I’m not the kind of person who likes to give advice, especially on careers. I look at music as a devotion; Life’s devotion. I have done things other people considered reckless, but I didn’t care if the outcome wasn’t what the record company wanted it to be. I would still do it again because of my motivation and vision. Don’t be afraid of failure because it’s the one thing that’s inevitable in this business. Embrace failure!”

CVW: You’ve worked with some of the biggest names and most iconic musicians in the business. Who are a couple of standout artists that meant the most to you? 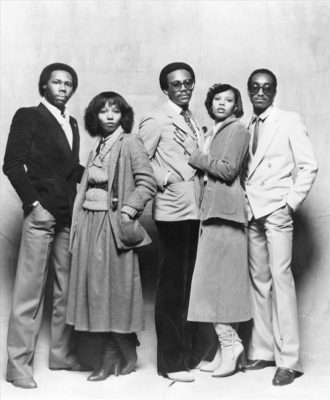 NR: “Obviously working with Bernard Edwards, my partner in Chic, has been incredible. The person not in Chic who changed my life in an extremely drastic way would have to be David Bowie. He had no record deal when we met and I was about to lose mine. The vision I have of it is we were two people in a lifeboat in a ship that had just sunk and had to row back to shore. Sometimes one of us would get to sleep while the other had to row, but we were completely dependent on each other to make this album (Let’s Dance).”

CVW: What has been the most important moment of your career?

NR: “I think not dying 6 years ago when the doctors told me I had extremely aggressive cancer. I had to get my affairs in order. Then Daft Punk came into my life, we made “Get Lucky,” and I didn’t die. I kept thinking, ‘If this is a bad time, let me just keep going and see what’s next.’ Now I’m cancer-free 6.5 years later. I did get my affairs in order and I’ve done more shows and more concerts than ever. Last week in Glastonbury we played for 200,000 people and I was having the time of my life. Right now I’m healthier than I’ve ever been in my whole life. I’ve been so vigilant with my health after the cancer diagnosis and I’ve also been wrapped up in making as much music as possible. The residual benefit of that has been good health. In my world, music really does heal.”

CVW: A lot of hip hop groups have sampled Chic. Is that an honor for you?

NR: “Absolutely. A lot of dance groups have sampled Chic. This journey is fun. We’re a completely live band. I go out and see a new act and even though I’m entertained, I know it’s like the Wizard of Oz and someone’s behind the curtain. Everything at a Chic show is right on that stage. It’s a badge of honor I wear proudly. I know I’m part of a dying art form which is completely live music but it’s what’s I love.”

CVW: Are you looking forward to coming to the Coachella Valley?

NR: “Are you kidding me? Of course we are! The crowd, whoever happens to be there, is really going to have a great time. Everyone talks about how much their feet hurt after our shows. The one thing about Chic is we really love doing what we do and you can sense it. Go online and look at any video. Glastonbury was so much fun that I fractured a rib because I forgot I’m not 16 anymore! But I can’t help it because that’s what the music does to me.”