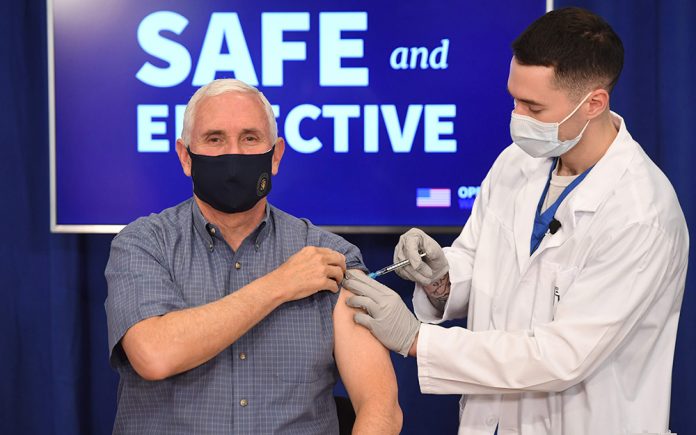 In a rare show of action, Congress and the Senate agreed to a $900 billion COVID relief package.  This bill will get $600 into the hands of most Americans along with a resumption of pandemic unemployment benefits at a $300 per week rate, or half of the levels extended back in March for four months.  Monies were also availed to schools, colleges, and small businesses.  Approximately $69 billion assists in vaccine distribution.

Two partisan issues were tabled and pushed to next year – aid for city and state governments, and business liability.  It seems that Democrats want monies to go to the cities and states to help offset lost income and higher costs from the pandemic, yet Republicans oppose this.  Similarly, Republicans want to indemnify business against frivolous lawsuits related to the pandemic, yet the Democrats oppose this.  Call me crazy but both need to be done and it shows the political animal that DC has become where the parties put partisanship above people.  To hold up relief for months over these two issues is insincere at best by both parties.

By holding up relief, Republicans are essentially defunding the police as the municipalities are forced to cut spending.  By holding up business liability protections, Democrats are hurting the very workers they are looking to help with enhanced relief.

Nevertheless, some relief is on its way for everyone even if it is a smaller group of folks that need much more in support to get by.  Call me crazy again but most of this aid should be targeted at the people and businesses hurt most by the pandemic.

Rather than dwell on the shortcomings of those making decisions in DC, let’s look at this through a different lens – one that sees the dark humor of it all. 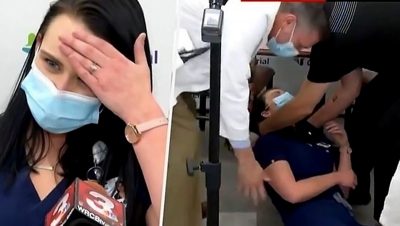 Nothing exhibits this better than the live broadcast of Nurse Tiffany Dover getting the first vaccine shot in Chattanooga, Tennessee on December 17th.   Shortly after taking the vaccine, she fainted.  “I have a history of having an overactive vagal response, and so with that…I can just pass out.  It’s common for me,” said Dover to WRCB-TV.  Call me crazy yet again but the folks at CHI Memorial Hospital must have had a better choice amongst its hundreds of employees.  Why choose the girl most likely to pass out when staging a news conference to show that the vaccine is safe?  CEO Janelle Reilly has some ‘splainin’ to do.

Still, Reilly has less ‘splainin’ to do than The University Medical Center of El Paso, Texas.  For their live news conference, Nurse Ricardo Martinez was given the shot…but the plunger was already fully depressed.  Simply put, the vaccination was staged and not given to Martinez.  While hospital administration denied this for some time after the LIVE television broadcast, they eventually confessed to the deception and gave Nurse Martinez a second shot.  The hospital smartly told folks that it was okay for Martinez to get the second vaccination on the same day in this type of situation.

Not to be outdone, the White House engaged in similarly odd behavior last week.  Within minutes of the live broadcast showing Vice President Mike Pence, his wife and the Surgeon General getting vaccinations and reminding folks to wear masks and socially distance, the President re-tweeted a post questioning the efficacy of ‘experts’ who promote mask wearing.  Thanks, Mr. President.

Many blame Trump’s odd behavior on the election loss.  While his Attorney General, CIA, FBI, Republican Party and others could not find the election-turning fraud that Trump tweets, many news outlets have given these false claims veracity on their newscasts.  Fighting back, the maker of one of the voting machines (Smartmatic) has threatened lawsuits against Fox News, Newsmax and One America claiming that their business has been hurt and lives threatened due to the spread of these bogus claims.  This legal threat caused Lou Dobbs of Fox Business News to air a segment debunking his own past statements to show that he was wrong.

Election rigging was found though but thousands of miles away in New Zealand’s Bird of the Year contest.  Nearly 1,500 votes came from one email address (clearly not the work of Russian hackers) for the Spotted Kiwi nearly depriving the Kakapo of its victory.  The Kakapo is the world’s only flightless parrot.

Haddon Libby is the Founder and Managing Partner of Winslow Drake Investment Management.  For more information on their award-winning services, visit www.WinslowDrake.com or email Hlibby@WinsowDrake.com.