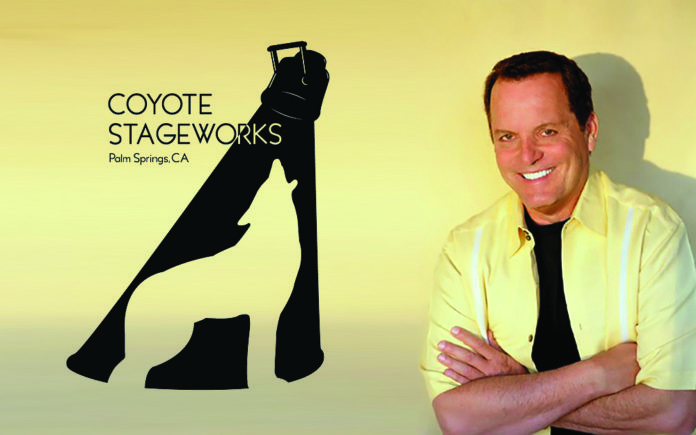 Coyote StageWorks, the award-winning Actors’ Equity professional theater company, will be the recipient of a significant matching gift in support of their upcoming season. This is the second time this matching gift has been extended to the organization.

Nine-time Emmy Award-winning television producer and writer David Lee, best known for Frasier, Wings, and Cheers, has generously offered to match all gifts up to $30,000 that will be contributed to the theater company through Labor Day. Of this tremendous gift, Lee said, “Coyote StageWorks consistently has produced much of the finest live theater in the Valley, but it is a well-kept secret. I make this matching gift to support their continuing artistic excellence, to draw attention to this wonderful company, and to put the community on notice that without their financial support we could lose this precious commodity.” In making this commitment, he hopes to encourage people who haven’t supported Coyote StageWorks to step up and do so now while they can double the effect of their donation.

Founding Artistic Director Chuck Yates said of the matching gift, “We’re planning a very exciting season, the details of which will be announced shortly, but as my mother used to say, ‘It takes money to make money,’ and in our case, it takes money to produce and to promote compelling theatre. On behalf of the entire company, we are tremendously grateful to David Lee for his continued belief in our company. His heart is truly with us as we begin lining up our productions for next season, and we can’t thank him enough.”

Coyote StageWorks 2017-2018 Season will be presented in the Palm Springs Art Museum’s Annenberg Theater and at the Camelot Theater, with details to be announced soon. Its 2016-2017 season, was generously sponsored by Annette Bloch and David Lee, with Donna MacMillan as a Production Sponsor.Coyote StageWorks is a nonprofit, 501(c)3 company dedicated to advancing theatre as a vital art form in the desert communities of the Coachella Valley. It is their mission to provide a forum for thought-provoking, entertaining, and culturally significant works in an environment that nurtures the creativity of the individual and the enrichment of the community. A recent recipient of the Shiny Apple Award from the Palm Springs Unified School District for their service to local students, Coyote StageWorks was voted ‘Best Live Theater’ in Desert Magazine’s “Best of the Valley” reader’s poll in 2013 and 2014, and won an astonishing 20 Desert Star Awards from the Desert Theatre League in October 2014. Since the company’s first production in 2009 it has earned 62 Desert Star Awards.

David Lee is an American television producer, director, and writer. He co-wrote and co-produced The Jeffersons and Cheers with Peter Casey. He and Casey co-created Wings and Frasier alongside the late David Angell under Grub Street Productions. Lee also directed many revivals of Broadway musicals, including South Pacific starring Brian Stokes Mitchell and Reba MacEntire, Can-Can, and Camelot.