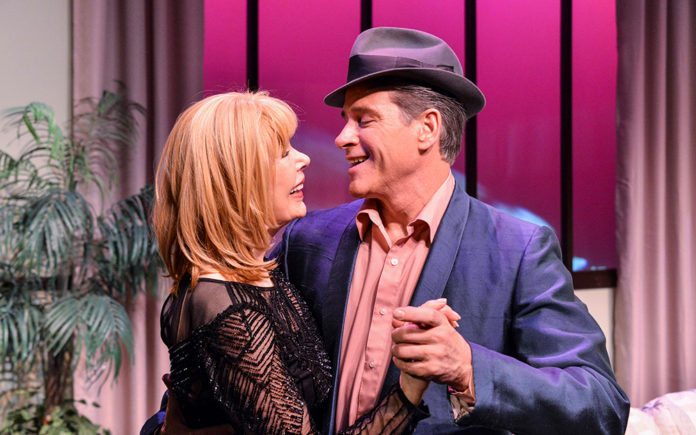 Coyote StageWorks, the Coachella Valley-based award-winning Actors’ Equity professional theater company, announced that it won a total of eight awards at the Desert Theatre League’s annual presentation on October 8. Coyote StageWorks had been nominated for 13 awards for both “The Lady With All the Answers,” starring Gloria Loring, and “Six Dance Lessons in Six Weeks,” a popular two-character comedy/drama that featured Loretta Swit and David Engel. Of the 13 nominations, “Six Dance Lessons in Six Weeks” won eight awards, tying it Coyote’s 2013 production of “Tru” for the most awards received for a Coyote StageWorks production. Coyote StageWorks has now received an impressive 73 Desert Theatre League Awards since it was founded. 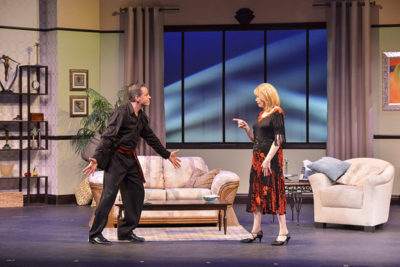 “Six Dance Lessons in Six Weeks” is comedy by playwright, screenplay writer, novelist, producer, and actor Richard Alfieri that tells the story of a formidable retired woman who hires a dance instructor to give her private dance lessons. What begins as an antagonistic relationship blossoms into an intimate friendship as they overcome their outward differences and discover an unlikely but profound connection.

The show, which ran February 3 through 12, 2017 received these awards in the Professional categories: 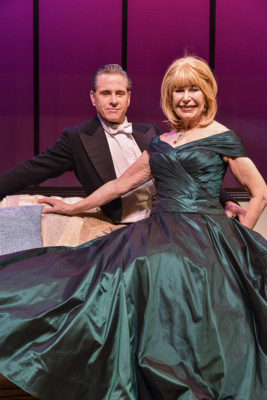 “I am thrilled that the Desert Theatre League recognized this production in so many ways,” said Chuck Yates, Coyote StageWorks Founding Artistic Director. “It is so gratifying to know that the hard work we all put into producing outstanding local theater continues to be acknowledged by this important theater organization, and we were humbled that our work was acknowledged alongside the fine talent of so many other quality producing organizations.”

Now in its 31st year of promoting theater in the Coachella Valley and Morongo Basin, the Desert Theatre League has a panel of judges that view performances of the more than 30 producing members, including local high schools competing in youth categories. They present awards for the most significant achievements, and also select five individuals who receive special awards.

Coyote StageWorks recently announced its 2017-2018 season will open with a production of “Dirty Blonde” for nine performances, running February 2 – 11, 2018. This will be followed by the production “The Cocktail Hour,” running March 23 – April 1 for nine performances. Both productions will be staged in the Annenberg Theater in the Palm Springs Art Museum. In addition, Coyote StageWorks will offer five free staged readings as part of their ongoing Play Dates series. Play Dates will run on selected Sundays from November through June at the Camelot Theater, part of the Palm Springs Cultural Center. 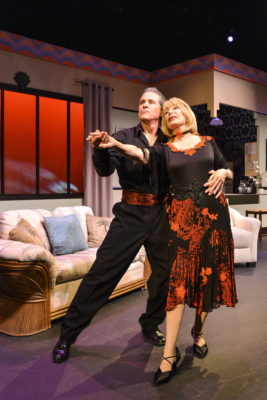 Tickets for Coyote StageWorks’ productions in 2018 are $45 – $55 for matinees and $50 – $60 for evening performances, and will soon be available at the Annenberg Theater box office. A Q&A session with cast members will follow Thursday matinees. The 2017-2018 Coyote StageWorks season is generously sponsored by David Lee and Annette Bloch. Earlier this year, David Lee also issued a $30,000 challenge grant that doubled any donation the company received.

Coyote StageWorks is a nonprofit, 501(c)3 company dedicated to advancing theatre as a vital art form in the desert communities of the Coachella Valley. It is their mission to provide a forum for thought-provoking, entertaining, and culturally significant works in an environment that nurtures the creativity of the individual and the enrichment of the community. These shows are not Palm Springs Art Museum or Annenberg Theater presentations.

For more information about Coyote StageWorks and its subscriptions, call 760-325-4490 or visit annenbergtheater.org.