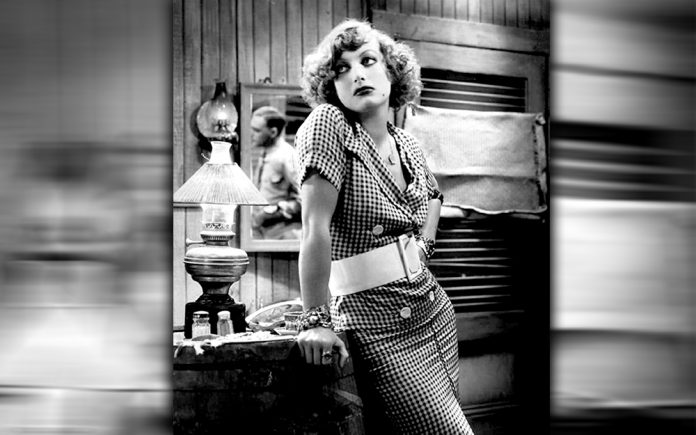 Brilliant performances are given by Crawford as Sadie Thompson the cynical prostitute, and by Walter Huston as the severe, morally superior minister who is obsessed with reforming her.

The film was adapted from the 1923 stage play which was itself based on Maugham’s story.  Prior to the1932 version, there was a previous film adaptation in 1928 starring Gloria Swanson and there would be future remakes starring Rita Hayworth (MISS SADIE THOMPSON, 1953).

The relevance of the theme, especially the relationship of religion and government, and the utter hypocrisy of religion will insure a long life for this stylistic and finely crafted film that generated widespread controversy when it was initially released 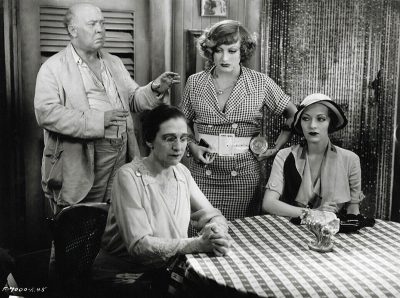 Joan Crawford, In movies for less than a decade, eventual Best Actress Oscar recipient (Mildred Pierce, 1945) holds her own in Rain while acting while acting opposite an incredible ensemble cast of trained stage actors, among them Guy Kibbee­­­, Beulah Bondie and Walter Huston as Mr. D.

The movie was a flop when it was released in 1932.  But it has since gained – or rather, recovered – it’s artistic reputation no doubt due to Crawford’s then shocking realism as Sadie.  This true American classic from the pre-code era is worth finding and enjoying.

Milestone’s film may not be as memorable as the two other versions, but it has the prized asset of Joan Crawford at her seductive and sultry best.

What are you watching and recommend? Going out to the movies are staying home?  I want to hear from you.