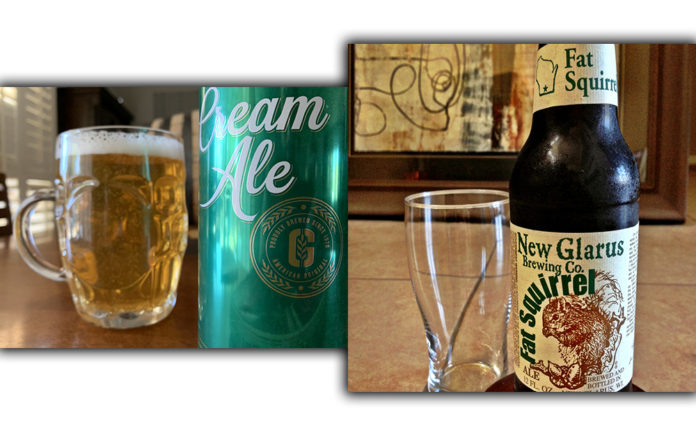 With the waves of immigrants who fled Austria-Hungary and the German Empire in the late 1800’s, many made their way to north America where they brought as much of their culture with them as they could, including the brewing of pilsners and lagers. Light in body and color, crisp and snappy, the dual-advent of refrigeration and pasteurization allowed this cold-fermented style of beer to gain popularity in Mexico, the United States, and Canada. Brewers in states and cities with warmer climates brewed their lagers with little twists, creating hybrid beers that suited the climates as well as tastes of a region. Brewers in northern California curated lager yeast strains that fermented well in warmer temperatures not suited for traditional European lager. Meanwhile in the north-eastern part of the country, brewers found success simply fermenting their lager recipes with ale yeast strains before cold conditioning them, giving a product close to, but not quite a true lager beer. The west coast style became known as steam beer, and the northeast style became known cream ale.

With all the lactose and fruit infused beers that are on the market in 2019, it’s easy to be misled by the title of a cream ale. When you see a can of a Cookies and Cream Imperial Pastry Stout, or a bottle of a coconut cream ale, it’s hard to know how much dairy is floatin’ around in that pint. While it’s easy to assume that cream ales have cream in them (it’s right there in the name), the name was a colloquial term for present use ale. Barleywines and Russian Imperial Stouts get better with age, as the harsher flavored compounds associated with greater alcohol content break down, giving a mellower flavor. The high ABV of these ales acted as a natural preserving agent, allowing them to withstand cellaring. But prior to pasteurization, small ales and lagers hovering around the 3-5% ABV range needed to be consumed fresh before they began to spoil from lack of preservatives. Terms like “sparkling,” “brilliant,” “present use,” and “cream ale,” were used to name the same style of beer, with “cream ale” being the title that held the most appeal.

There are subtle differences in flavor between a true lager and a cream ale. Even with the exact same malt bill and hops used, it doesn’t take a cicerone to be able to spot the differences in flavor that specific yeast strains contribute. That clean, crisp profile of a lager is softer; rounded and slightly fruity in a cream ale. It is neither malt or hop forward, but subtle and restrained; imagine the EQ bands of your music player all set to 0, with no frequency being greater than the others. Because of the confusing title, cream ales don’t seem to enjoy the same level of popularity as their close relative, the blonde ale, but there are a couple of commercial examples who have endured great success. Mother Earth Brewing’s Cali Creamin Vanilla Cream Ale is an immensely popular take on the style, and New Glarius’s Spotted Cow is said to be the tastiest, but its Genesee’s Cream Ale that is the most well-known example of the style. Light and crackery, with a barely perceptible sweetness reminiscent of creamed corn, it’s a very simple and uncomplex flavor that has little in common with the creamsicle hazy IPA’s and imperial pastry sours being churned out by countless craft breweries. But with every movement comes a counter movement, and I can already see many in the craft industry returning to simpler beers like the humble cream ale as a response to the proliferation of ales that taste more like desserts than beer.

If you’re curious about the style, Genesee is a great example of a traditional cream ale, while Cali Creamin’ offers a delicious twist on the old standby. Both beers are widely distributed and can be found at your local Bevmo or Total Wine.