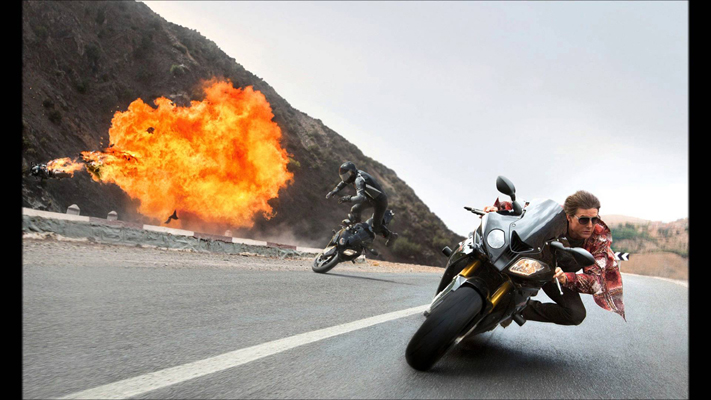 I’m not a big fan of Tom Cruise or his movies because it’s hard for me to separate the actor’s highly publicized private life — including his outspoken Scientology beliefs — from the characters he plays on screen. That said, his latest big screen extravaganza is a lot like the previous four outings in the MI oeuvre. There’s no question that Cruise’s Ethan Hawk appears surprisingly fit and clearly nowhere near retiring in this solid, action-packed entry that will surely gobble up big box office hauls wherever it plays around the world. As per usual, the fate of the free world hangs in the balance in this most impossible of all missions — so far. 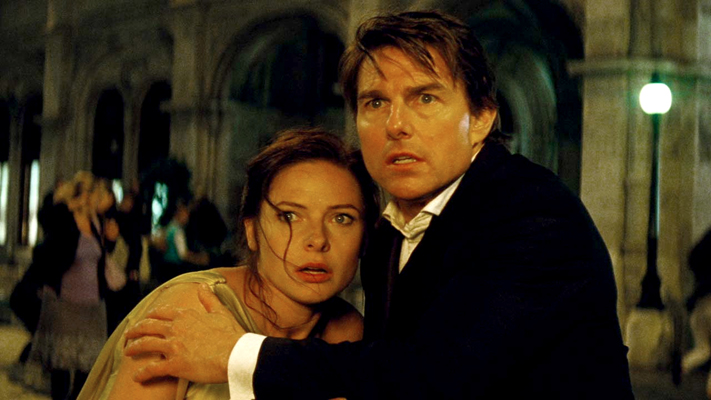 Director (and co-writer) Christopher McQuarrie has fashioned a tense, superficially relevant story about the threat from an organization called the Syndicate that’s triggering terrorist attacks in order to establish a New World Order. Too bad the IMF has been disbanded, leaving Ethan Hawk “out in the cold,” as we say in the spy biz. But — no surprise here — the ever resourceful Hawke puts the old team together and joins forces with the wonderfully named Ilsa Faust (Rebecca Ferguson) an alienated British agent who may not be all that she seems. 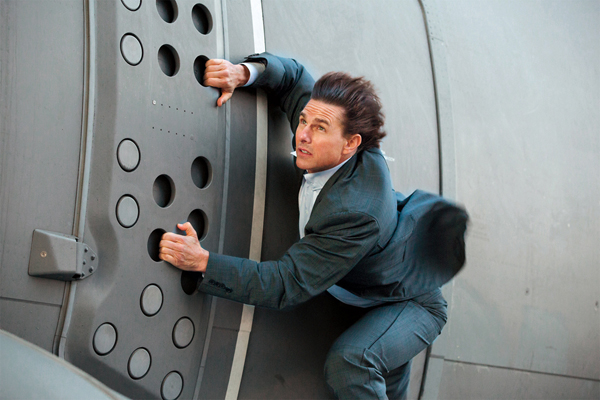 A series of terrific, eye-popping set pieces –- that I will resist describing here so as not to spoil the movie experience — makes this worth seeing on the big screen. Action fans will not be disappointed in the state-of-the art cinematic craftsmanship on display. Cruise determinedly goes through all the motions, including the now de regueur high-risk stunts that at first have a visceral impact but finally add up to an eyeball numbing sensation. When it’s all over, like most of this summer’s diverting popcorn pics, or a thrill ride at an amusement park, it all melts away like so much cotton candy left in the sun too long.  Now playing everywhere. 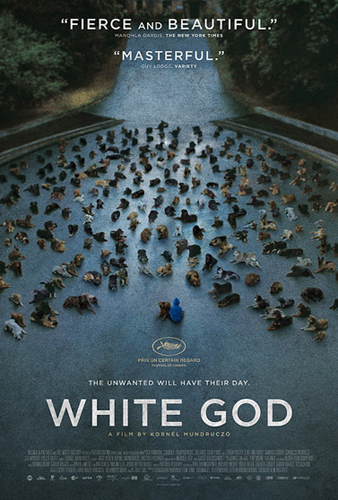 Hungary’s official submission for the 2015 Academy Award® for Best Foreign Language Film and Winner of the Un Certain Regard Award at the 2014 Cannes Film Festival, Kornél Mundruczó’s startling film about dogs rebelling against mankind for equality has already developed a rabid (no pun intended) following.

A new set of Hungarian laws favor pedigree and purebred dogs, placing harsh tax on those who own mixed breeds. These severe mandates have real consequences, especially for 13-year-old Lili (Zsófia Psotta). Already a pawn in her parent’s bitter divorce, she can’t understand why her dog, Hagen, is less important than other dogs. When her enraged father leaves Hagen in the streets, heartbroken Lili sets out to find him.Meanwhile, Hagen is captured and sent to the pound where he seizes an opportunity to escape and lead a rebellion against the human race. 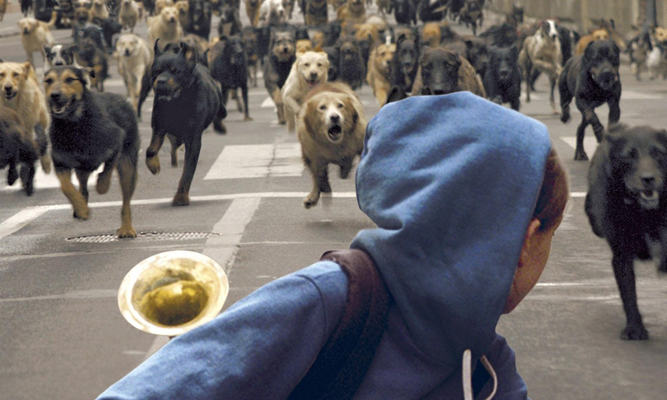 This beautifully photographed revenge fantasy set in Budapest is a tough movie to watch at times but it’s balanced with supremely rootable human and dog protagonists.  Made me think a little of Hitchcock’s THE BIRDS but with fur instead of feathers

WHITE GOD set a new world record for the jaw-dropping number of dogs used in filming. All the dogs in the movie came from shelters or the streets. After filming ended, they were all placed in loving homes. Interesting extras include a behind the scenes featurette about the remarkable training of the huge number and variety of dogs.  Magnolia.  Blu-ray. 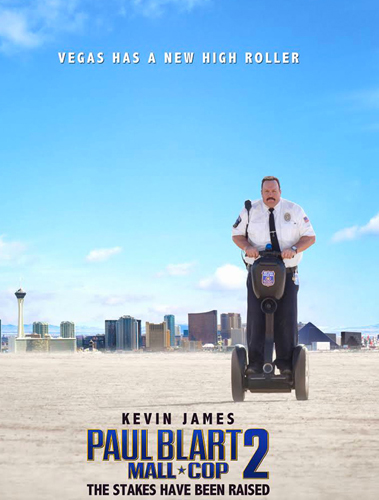 Silly, feel good family films always worth noting. Kevin James has found a welcome niche with his lovable, brave, bloated, inept mall cop character Paul Blart. In many ways, James reminds me of the late and much missed Jim Varney. Not so much as a similar character, but as a god-hearted, lovable goof. This franchise could go on forever as there’s a seemingly infinite number of crimes to solve and criminals to confront. Blart, unarmed and at the bottom rung of law enforcement, never the less has his dreams and his integrity. In this outing, single father Blart is on a Vegas vacation with his teen daughter who is about to head off to college. While Blart deals with personal father-daughter issues and attends a security guard convention, a major art heist is underway at the posh hotel. Naturally, Blart rises to the occasion and, against great odds — most of them due to his physicality, lack of a lethal weapon and basic training — saves the day and resolves his controlling issues with his cutely plump daughter (a wonderful Rain Rodriguez). The direction by Andy Fickman is just right, especially in the tightly choreographed fight and action sequences. ). If you’re feeling down, check out Blart’s latest adventure. It will lift your spirits without offending your sensibilities.   Columbia.  Sony.