One of the favorite parts of my life is getting to hear some truly great artists and then getting to interview them (thanks CV Weekly). I had the pleasure of seeing this stylish young man and amazing entertainer at the Spaghettini Namm Jam and then he came in to play at our VIP Afterparty and Jam at the Riviera ‘Smooth Jazzfest’ in Oct. I’ve been wanting to have him appear ever since.

I did a little research before I interviewed Curtis Brooks and discovered that he is only 20 years old! Wow, what a powerhouse! His performance, his style, and his playing all bring him into the big leagues. I expect to see a lot from him.

I asked how he got started. As is the case with many artists, they started in ‘band’ in school. In the 4th grade he was asked what instrument he wanted to play and chose sax because he loved it.

He said he was looking for a way to get out of classes and band seemed to be the way to do that. Little did he know that it would turn into a career.

As he grew up he continued to practice and was mentored by the late iconic Ricky Lawson (drums) and Darryl Williams (bass) who urged him on. Every Wednesday, for a year, he attended the Darryl Williams Jam and practiced his craft. He still plays at the jam on Wednesdays in Temecula at the Pub and Grub from 8-12. He first met Darryl at the Warren Hill Sax Summit and Darryl told Curtis’ sister that he wanted him to come to the jam. Ricky was on drums at that time. He also attended other jams produced by Darryl Williams and continued to hone his talent. 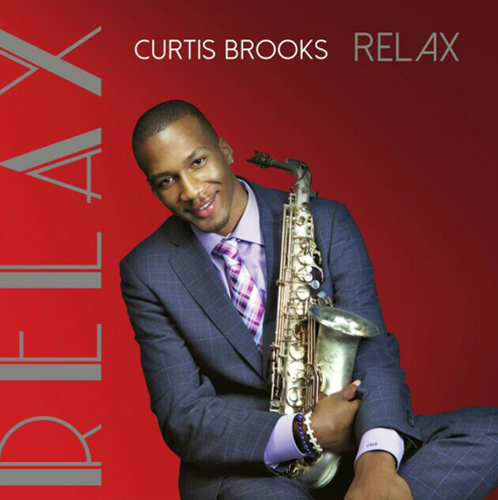 He’s continued to pursue his career as a solo act but has played with some of the best. He’s recently come out with an EP and his song “Relax” is doing very well. His 4 songs were in the top 10 best sellers on Amazon. It’s also getting airplay in the US and throughout Europe. Under the category ‘neo soul’ which he calls a mix of soul and R&B with passion. (One of my favorites, Maxwell, is neo soul).

Curtis is determined to brand his own sound. He wants to invent something new without taking from the past; a noble goal for a budding star. He is working on the completion of his CD which he hopes to release in 2017.

He’s collaborating with some other young and upcoming musicians to create his brand.

He’s thrilled to be bringing in a younger crowd to jazz – many in their 30’s – and seeks to spread his music to an even younger crowd of people in their 20s’. His message? “Keep supporting live music.”

You can catch up with Curtis in Southern California at some shows including “The Sanctuary” in San Diego, “98 Bottles” in San Diego and the “Celebrity Jazz Jam” at Desert Willow Golf Resort on March 21 from 5-8. His schedule can be found on his website at www.curtisbrookssax.net or follow him on Instagram, Twitter or Facebook.