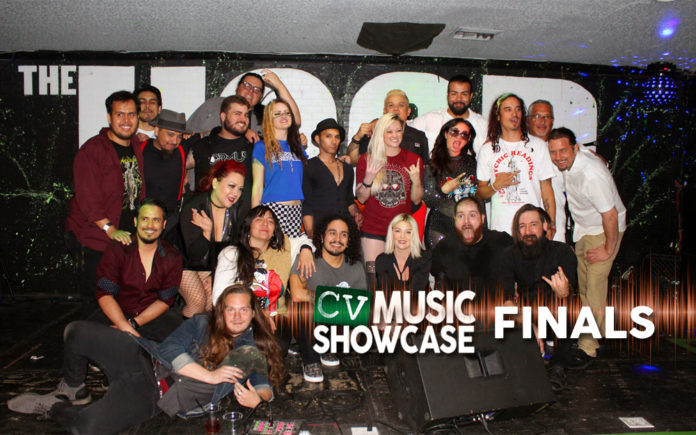 After months of grueling competition in the preliminary rounds, it came down to the final 6 and every single performer that was present came to win. And can you blame them? Up for grabs was a prize package including $2000 cash sponsored by CV Weekly and The Hood Bar and pizza. In addition to the cash prize the winners will receive, studio time with David Williams of Melrose Studios and a photo shoot package from Steven Young Photography. 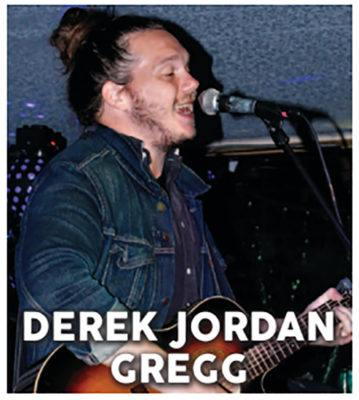 With the fate of all the competitors in their hands, our all-star panel of judges who had the least enviable task in my opinion included, TK, Program Director for 93.7 KCLB; Esjay Jones, Musician & Producer; Arthur Seay, musician; and David Williams, owner of Melrose Studios.

Rocking the Hood in their last ditch efforts to impress the judges and the crowd were 6 truly fantastic performances by a diverse group of musicians. I would be remiss not to mention the fact that, excluding one solo artist, every group in the finals included females which is not only exciting, but unprecedented. 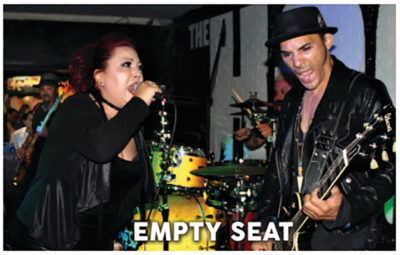 The 6 finalists included Cakes and the Assholes, Empty Seat, Jetta King, Ormus, Derek Jordan Greg and Giselle Woo and the Night Owls. An interesting fact is that Cakes and the Assholes were brought in as a Wild Card, but only lost by one, measly point! It literally doesn’t get any closer than that. 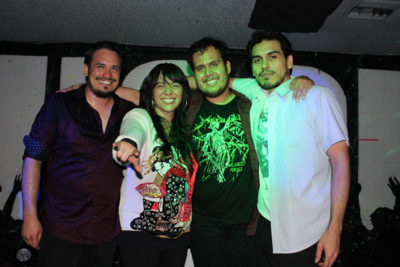 Giselle Woo and the Night Owls not only snatched the grand prize, they have been on a hot streak lately! After winning a band competition earlier this year at Big Rock Pub, they were given the honor of performing at the Goldenvoice event, Chella, alongside Los Tucanes de Tijuana and Mon Laferte. At last year’s CV Music Awards, Woo & her Night Owls won for Best Live Performance Band right after taking the honor of winning Tachevah. Those of us who have been watching Ms. Woo grow and evolve as a performer over the years are not surprised at her success and have many times, known her to thank her family for their undying love and support for her following her dreams.

I asked some of the contestants about their journey in the showcase competition.

Erin, AKA, ‘Red’ Front woman from Empty Seat: “Nothing but good times, good people and great talent. Congrats to Giselle Woo and the Night Owls. See you all at the CV Music Awards!”

Martin Posada, Frontman for Ormus: “I had a great time playing the showcase as I did last year. The exposure one gets through these things, I feel, does more for a band or artist than actually winning. Sure, the prize is nothing to scoff at but getting people hyped is what it’s really all about. Congrats to Giselle Woo and the Night Owls and to everyone else who made it to the Finals. And a big thanks to Phil, Tracy and The Hood for giving the opportunity for acts to show their stuff.”

Josh Fimbres, Drummer for Cakes and the Assholes: “If the community consistently comes together for dope shows with sick lineups and not just competitions, events would be sweeter and we would be headlining.”

Giselle Woo: “We are excited and humbled by the immense talent in the community and extremely grateful for the opportunity to be among great company. Winning 1st place is an honor and I couldn’t be more proud of us.”

Derek Jordan Gregg: “Tracy and Phil provide an opportunity for local artists to prove themselves. The entire community was in attendance. I’m lucky to be a part of this scene.”

Jetta King: “We had so much fun! Every single band stepped it up HARD! We are honored to share the stage with so many amazing artists! And so grateful for Tracy and CV Weekly!!!”