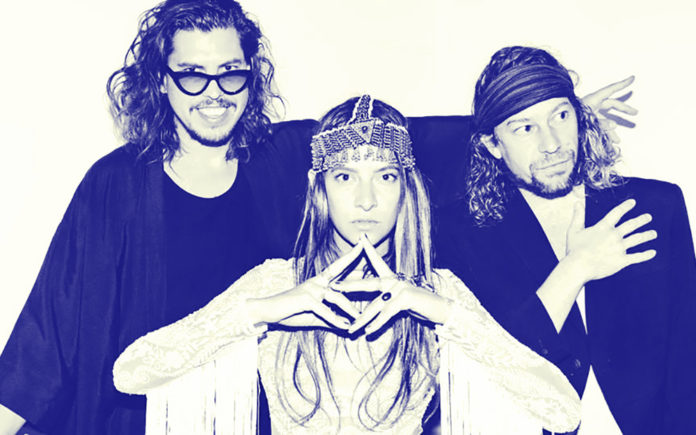 MY BABY makes a rare trip to the United States as one of the headliners of the Joshua Tree Music Festival.  We interviewed the New Zealand third of MY BABY, guitarist and co-founder, Daniel Johnson from his home in the Amsterdam, The Netherlands.  The band is currently preparing for its 2019 world tour which starts in Switzerland this Friday at the Balelec Festival before making their JTMF debut on Saturday the 18th at 8pm on the main stage.

Johnson moved from New Zealand to Amsterdam in 2012 to form a band that his friend, Joost van Dijck was starting with his sister, Cato van Dijck.  “We had played in bands together on and off over the last fifteen years and wanted to do a project together.”  With this, Johnson took the plunge and moved from his home country of New Zealand to Amsterdam to begin the MY BABY musical journey. 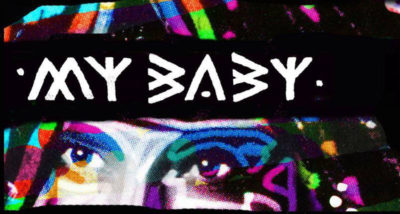 The band’s unique name started as a joke, Johnson reminisces.  While in the studio recording their first album, the phrase ‘My Baby Loves Voodoo,’ became a tongue-in-cheek working name for the band as well as their debut 2013 album.   During those early days, the band had a distinct rhythm and blues focus.  “The name is a blues reference,” offers Johnson.  As fans of blues artists like John Lee Hooker, Daniel, Joost and Cato regularly heard the phrase “My Baby” in Hookers’ music.  Johnson incorporates many of riffs learned from the great blues and jazz masters like Hooker into MY BABY songs.  It is this ability to weave the old with the new that differentiates MY BABY and helps in creating their distinctive sound.

In short order, the band found that using a sentence like MY BABY LIKES VOODOO as the band’s name was a bit cumbersome and long…not to mention that their musical stylings were evolving as they gained more experience as a unit.

“MY BABY became a mystical muse, the central character that Cato would perform to.”  By the time of their 2015 release, Shamanaid, the band’s sound had begun its evolution.  “While making Shamanaid, we began to fuse hypnotic, trance and EDM sounds with the older musical influences that we learned as children,” shares Johnson.  That led their sound to evolve into more of a roots-driven, hypnotic dance styling with heavy gospels, blue, folk and world melodies interspersed.   Hits like “Uprising” and “Seeing Red” led to MY BABY winning the 2016 Edison (a Dutch Music Award) for Best Alternative Act.

With the success of Shamanaid, the band continued their evolution with Prehistoric Rhythm in 2017 followed by 2018’s Mounaiki – By the Bright of Night.  With each new album, the band incorporated more Moroccan, Indian and desert blues influences.  Unlike many bands, MY BABY does not use sampling or computers to create their rich and intoxicating sound.

What can crowds expect of MY BABY?  “Definitely a high energy, psychedelic, rock and roll show,” says Johnson.  Over time, Cato’s performances have evolved to become the embodiment of the mystical muse whom they play for.  “Cato narrates and performs in a more theatrical way,” say Johnson.  By channeling their muse, lead singer Cato “feels freer” to perform, Johnson offers.

If past JTMFs are any indication, Cato and MY BABY should feel quite at home.  While the band feels a responsibility to “create inclusiveness and togetherness” during their shows, those familiar with JTMF will know that the entire festival is meant to be a shared experience.  This combination of kindred spirits with MY BABY should make for a one-of-a-kind experience for all.

Don’t be surprised if some songs performed at the festival make it to a live album that the band plans on releasing later this year.  “The beats per minute live, is much higher than in the studio,” say Johnson.  Given that MY BABY spends approximately eight months of the year on the road and record as many of their shows as they can, the live recording will be a nice chance for those who have been to a show to relive the experience while exposing new fans to a little bit of what makes MY BABY a rising force in music.

For those who can make it to Bakersfield, MY BABY will be playing at Lightning in a Bottle in Bakersfield on Sunday the 12th in preparation for their performance at JTMF.