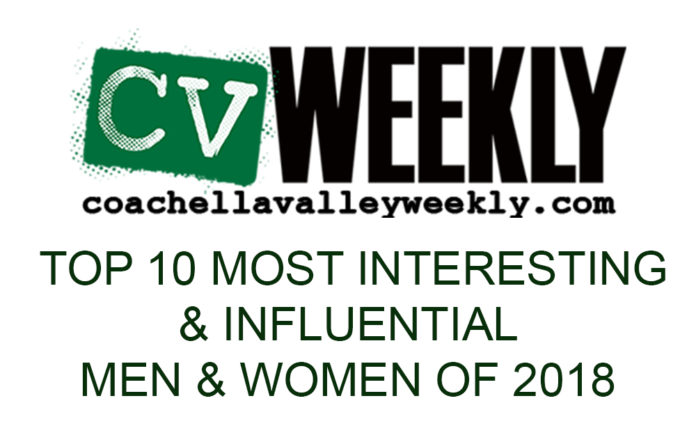 This past Thursday, at Hotel Zoso, CV Weekly’s Most Interesting & Influential Men & Women of 2018 gathered to be honored and raise money for charities. One of the Top 10 Women’s name was drawn, Andie Hubka, owner of Cork & Fork and Craft Heirloom Kitchen restaurants, representing her charity Find Food Bank, and one of the Top Men’s name was drawn, Dougie VanSant, frontman for the bands The Flusters and Trio NV, representing his charity AMP (Academy of Musical Performance), with each charity receiving $1500.00 from the door money collected from the event.

Also receiving $700.00 for her charity, C.A.N. (Coachella Animal Network), was Kim Hardee who brought the most people to the event awarding her the raffle money for her charity. During his speech, Alex Haagen IV, owner of Empire Polo Club, Date Shed & RWB Festival (one of the Top 10 Men,) challenged the audience to dig into their pockets and give to his charity The American Cancer Foundation, saying that he would match whatever was raised, resulting in a total of $1318.00 raised. Following in Alex’s charitable shoes, Joe Funkey, owner of Giuseppe’s Restaurant (also one of the Top Men), challenged the audience as well, collecting a total of $664.00 going to his charity, Variety Children’s Charity of the Desert.

Thank you to everyone who came out to make this event a success.