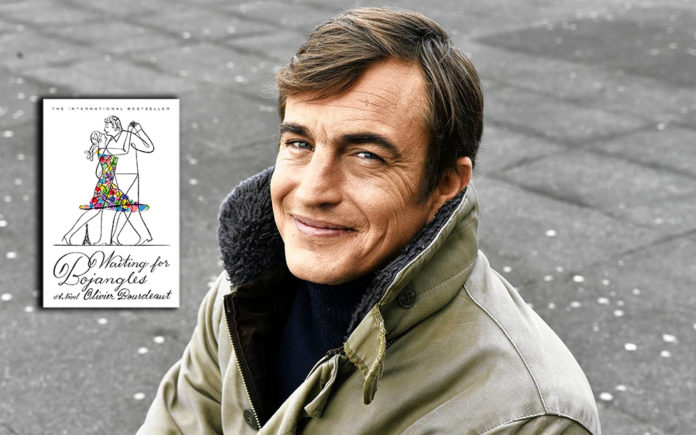 Good mental health can be challenging and complicated.  Depression and anxiety is at an all-time high.  There is so much doctors and scientists don’t know about brain chemistry or the best way to balance the chemical compounds that maintain emotional stability, generate hope and promote well-being.  In the international bestseller, Waiting for Bojangles by Olivier Bourdeaut – translated from French by Regan Kramer (Simons & Schuster, 161 pages), a young boy must come to terms with his mother’s beautiful, crazy behavior.

The story is told from the child’s perspective and his father’s journal.  The two tell a tale about the woman they deeply love and cherish.  The boy is never named but the father’s name is George.  The mother is also unnamed, preferring to be called by different names each and every day.

The boy expresses his total joy at living with eccentric parents who value him, their time and experiences together.  The child is included at all the adult gatherings and his mother believes his education at home with adults is far more valuable than going to school to learn foolish lessons.  The boy is encouraged to read and make up stories as wild as he chooses.

We learn that George, the boy’s father, is a wealthy, self-made man.  He met his wife – the boy’s mother — at a dinner party in Paris where each shared a compulsion for storytelling – a little bit of truth and a little bit of lies.  Kindred spirits, they got married that night.

They lived a lavish lifestyle entertaining the rich and famous.  They bought a castle in Spain, further enjoying their eccentricities.  George would do anything for his beautiful and charming wife.  Together they love to dance and dance.

But one day, the boy’s mother cracks –– she has a psychotic break,  to a point of being dangerous and the authorities take her away and institutionalize her.  After some time, she formulates a plan to be kidnapped by her family and whisked away to their private castle where, hopefully, she can be her best self.

Waiting for Bojangles is a lovely, whimsical and tragic tale of living with a family member who struggles with mental health issues.  Once the mother is institutionalized, she is diagnosed as a bipolar, schizophrenic, hysteric.

As a reader, I enjoyed spending time with the eccentric and over-the-top character who lives fully without constraints.  She has a pet crane she rescued called Mademoiselle Superfluous.  She is loving and child-like.  She is filled with energy and courage.  The son adores his mother and she encourages his creativity and imagination.

But, the story is told by the boy – an unreliable narrator who sees the world from a place of ignorance and innocence. We slowly realize through the words of the father, that his love and support for his beloved wife is not enough to keep her from the highs and lows of mental illness.

I was rooting for the family to find a way to heal and have a “normal” life.  I loved the boy’s view of the world and how he sees his mom – not as a crazy person, but as someone who embraces life.

But the truth is that mental disorders are not easily resolved or cured, and living with severe mental issues is beyond tough for all those closely tied to the person so afflicted.

The story’s tragic ending brought tears of joy and sorrow to my eyes for this little family.

The book is written in, more often than not, rhyming prose.  It makes the subject matter feel lighter than it is, and it moves the material along as the meter sometimes emerges.  There were times I wished the rhyming was not there to better feel the depth of the pain and suffering the mother, father and son experienced. Yet, it is about a family trying to cope and live with the disorders the best they can with joy, love and acceptance.

For the young child, it is a fairytale.

Before the story begins, the author has a quote from American author and poet Charles Bukowski: “Some people never go crazy.  What truly horrible lives they must lead.  On another page, the author himself writes, “This is my true story, with lies going backward and forward, because life is often like that.”

I love a little crazy, but mental health disorders must be addressed just like all other health issues we, as complicated humans, experience.